The job of raising children is not a quiet one.  My kids only seem to have one volume and that’s full blast.  It’s something you get used to, the constant sounds, the parenting noises.  In fact if you find yourself home alone, as much as the peace and quiet is welcome, it feels odd.  Home doesn’t quite feel like home without the hustle and bustle of small people.

This is my A-Z of parenting noises heard on an almost daily basis. 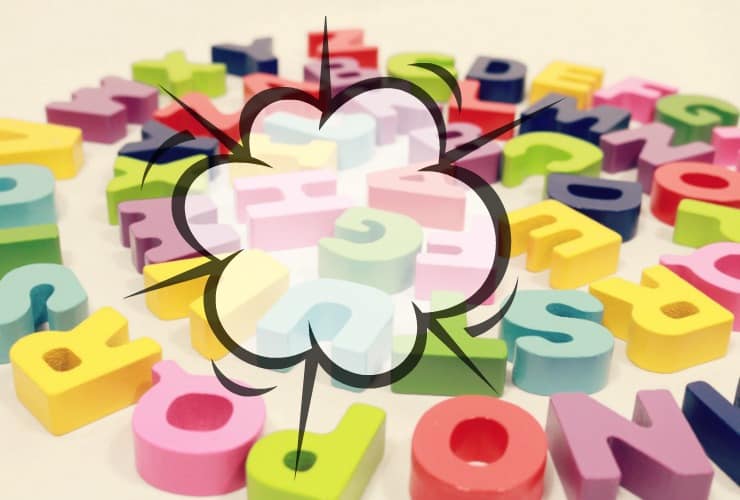 A is for Arguing

What is it with siblings?  “That’s my toy” “Don’t look at me”.  The arguing is a constant source of noise.  But don’t worry, they don’t need a sibling for this.  They are just as happy to argue with everything you say.

B is for Bang

Everything goes bang in our house.  From toy cars driving into each other, to doors being slammed, to cutlery being smashed into my table, to bags being thrown on the floor, to heads clashing together.  It’s enough to give you a banging headache!

C is for Catchphrases

I get bored of the sound of my own voice which often just comes out as white noise to my kids.  It must do, otherwise I wouldn’t have developed catchphrases such as, “Put your shoes on!” “Look where you are going!” and “Please stop licking your brother!”

D is for Disaster

The noise of a breaking toy.  The exclamation of “This is the worst day EVER” because you tell them to do their homework.  The sound of toddler rage at the injustice of having to wear a coat because it’s raining.  The noises of disaster punctuate my life all day long.

E is for Endless Questions

“Mummy where does Lightening McQueen Live?”

“Where is Radiator Springs?”

“Where is Carburettor Canyon”

“It’s a country in the world”

“where is the world?”

F is for Farts

G is for Giggles

Whether it’s the farting, or tickling, or something that Charlie & Lola did, it’s the best sound you will ever hear and always fills your heart.  My boys both have the dirtiest cackle and I love it.

H is for Hunger

Hunger sounds a lot like whinging.  It also falls under the endless questions category.  “Is dinner ready yet” asked every two minutes until you serve them something they probably won’t eat anyway.  And even if they do it eat, they will be hungry again and asking for more food five minutes later.

I is for Inappropriate Comments

“Mummy where is your Willy?”  Of course this has to be asked in a public toilet.  “Mummy where has that mans hair gone?” asked in the very quiet doctors waiting room.  A lot of the parenting noises are accompanied by excruciating embarrassment and the sudden urge to pretend your child doesn’t belong to you.

J is for Jumping

The vibrations ricochet through the house as your kids jump of everything from the sofas, to their beds, to each other.  Of course sometimes the landing invokes another noise entirely!

K is for Kids TV

Kids TV will become the soundtrack to your life.  You will find yourself humming the Paw Patrol theme tune in the supermarket, and giving you best rendition of Let it Go in the shower.

L is for Ludicrous

The mispronunciations of words like “pins and noodles” and misunderstandings of the world around them.  Those little things that make you smile and you will remind them of on their 18 birthday…

“Nana why do you sound funny?”

M is for Music

I’m thrilled that my kids love music.  I’m just not so thrilled that I appear to have had absolutely no influence over their tastes whatsoever.  Which is why I find myself subjected to songs sung by chipmunks, pirates and One Direction.

Read part two of the A-Z of parenting noises.

If you like it put a pin on it… 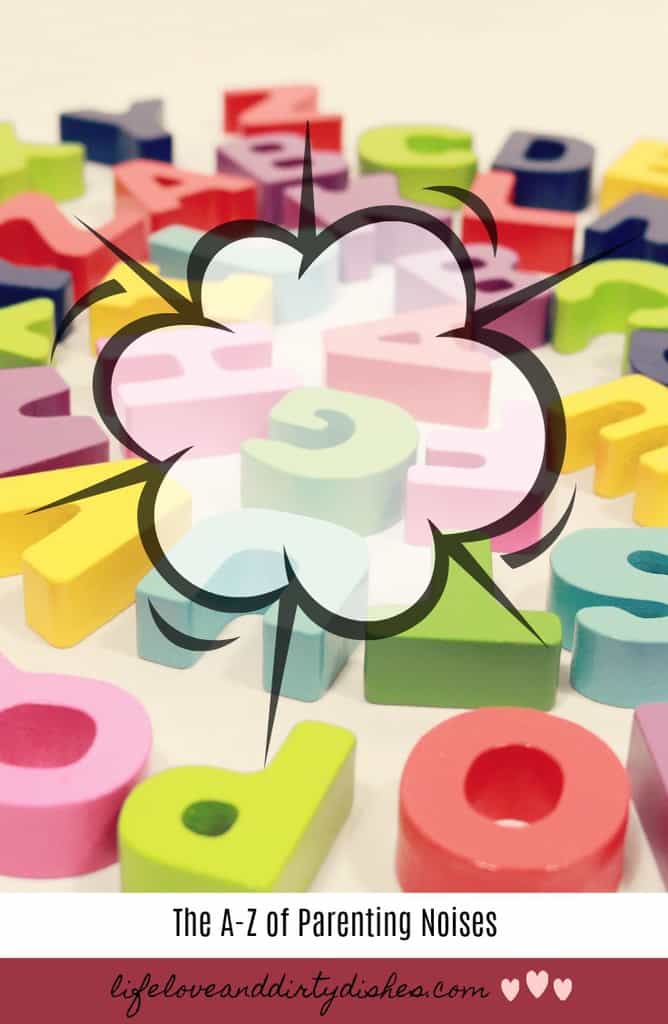