I’ve often felt like a bit of a misfit or an outsider when it comes to any trends and pop culture.  Because most of the time I just don’t get it, or like it!  I’ve accepted the fact that in the final year of my thirties I never know who any new song I like is by, and have never heard of most of the artists in the top twenty.  I can still function without knowing the difference between Sam Smith and James Arthur.

But sometimes I do find myself scratching my head and wondering what am I missing?  Why is this fad a fad?  Am I just unfashionable in a fashionable world?  I’m a firm believer in trying something before you say you don’t like it, and I honestly have tried to get on board with all of these trends, but it’s just not happening! 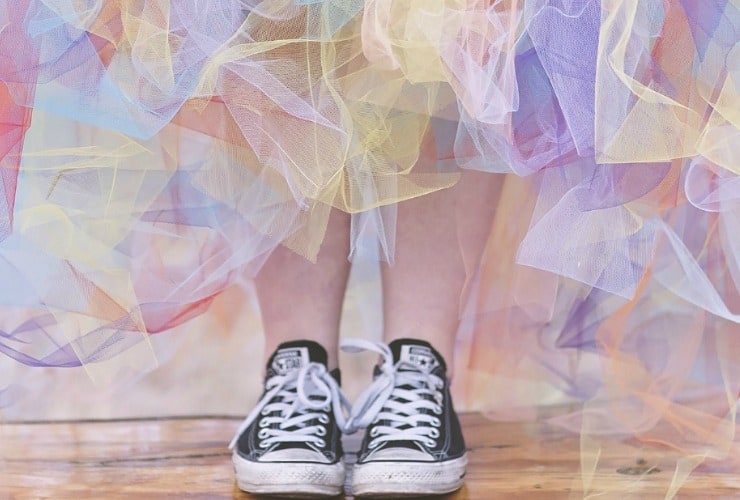 I love watching movies.  I love Keanu Reeves.  I had posters of him on my bedroom wall when I was fourteen.  He is one of the nicest men in show business.  The matrix movies were a huge hit.  Just not with me.  I like to think I am a fairly intelligent woman.  I can hold my own.  But the matrix movies just blew my mind.  And not in a good way.  Anything to do with parallel universes or real not actually being real, just makes my head hurt.  I find myself missing half of the movie because the questions buzzing around in my head as my brain tries to make sense of it all without combusting.

Other popular movies that have left me thinking “That’s 2 hours of my life I am never getting back” are Donnie Darko (WTAF) Lord Of the Rings (fell asleep) and and Star Wars Movies (boring).  I appreciate that these are all blockbuster movies so I am in the minority here, but they are just not for me.

A hugely popular artist.  He’s from my home town.  But his songs make me cringe.  I can’t relate to them.  They sound like they were written by a fifteen year old boy, and I am not a fifteen year old boy.  Then there is his relentless need to keep singing his name.  I get it.  You’re Craig David.  Now please shut up!

There’s something quite sophisticated about olives.  I really really want to like them.  I’ve tried.  With all the different colours and packaging.  But it tastes like something has died in my mouth.  I’ll stick to the bowl of peanuts.

This is a crowd I really want to hang out with.  They are fun people.  Often beautiful people.  Definitely up for a laugh people.  I desperately want to be in their gang with all their different fancy gins and festivals and pretty bottles.  But gin makes me want to gag.  I don’t enjoy it at all.  I’m more of a Southern Comfort kind of girl when it comes to spirits.  I just hope the gin gang still like me.

I followed a youth on the school run the other day.  His jeans were so low it was actually a marvel how they stayed up, or how he could walk.  They were underneath his butt cheeks.  It was a little obscene really.  And oh my god the urges I had.  No, not that kind.  I had to shove my hands in my pockets to keep them from either yanking his jeans up or giving him a wedgie.  It would have been a tough choice between the two.

I don’t want to see anyone’s arse crack.  I don’t want to have to constantly hoick up my own jeans to stop mine from showing.  I’m on a mission to hide the bum and the mum tum, not let it all hang out.  Low slung jeans are not a classy look on anyone.

Over the course of my adult life I have tried many a trainer.  Sporty, grungy, street.  I’ve tried pumps and plimsolls.  I’ve tried Nike, Sketchers and lots in between.  But the bottom line is I am just not a trainers kind of girl.  They are not me.  I have about 10 pairs of winter boots, all of which I love as much as my children.  And in Summer I covet pretty sandals and wedges.  But never trainers.  I don’t even look at them anymore because I know they would just sit in my shoe rack and never be worn.

Looks awesome on everyone else but me.  In fact any form of smokey eye that looks sexy on anyone else, just looks like I have two black eyes.  Even when I have had it done professionally.  I have tried eyeliner pencils, liquid eyeliner, eyeliners pens, eyeliner gel.  But all of them give me the same result, and it’s not the result that I wanted.

Honestly, when I first heard people talking about a “cup of chai” I just thought it was the new trendy word for tea.  And although it is essentially a tea, it’s not a tea as we know it.  Like any kind of herbal tea they always smell incredible.  But they do that thing to my taste buds where they contort my face into weird shapes because they want to shrivel up and die.  I’ll stick to my builders brew thanks.

Mum’s all over the country went a little bit mental when Tom Hardy read the cbeebies bedtime story.  I just wondered what all the fuss was about.  Great actor, but looks wise he’s not for me.  I only have eyes for Gerard Butler!

I also fail to see the aesthetic appeal of David Beckham and Danny Dyer.  But this is from the girl whose bedrooms walls were adorned with River Phoenix, Jon Bon Jovi and Nuno Bettencourt, whilst her friends had walls covered with Take That.

My 14 year-old self’s desires.  I appear to have been going through a long hair thing!

First of all this program gave us Katie Hopkins.  Thanks very much for that.  I hate watching big egos and Lord Sugar has one of the biggest of them all.  I stopped watching Big Brother years ago for the same reason.

In fact a recent trip to the hairdressers made me realise I don’t watch any popular stuff on TV.  I don’t watch any soaps.  I don’t watch I’m a Celebrity.  The last time I watched The x Factor it was called something else and Will Young won it.  I’ve never seen TOWIE or made in Chelsea.  The only popular show that I watch and love it for the happy place it transports me to, is Strictly.  Other than that you can find me on Netflix.

Confession, I never liked Sex In The City.  But if you have a bad word to say about Friends we can’t be friends anymore!

I’m quite happy with not being very fashionable.  I think I’ve always been a bit different in my tastes.  But then life would be boring if we were all the same.

What trends have passed you by? 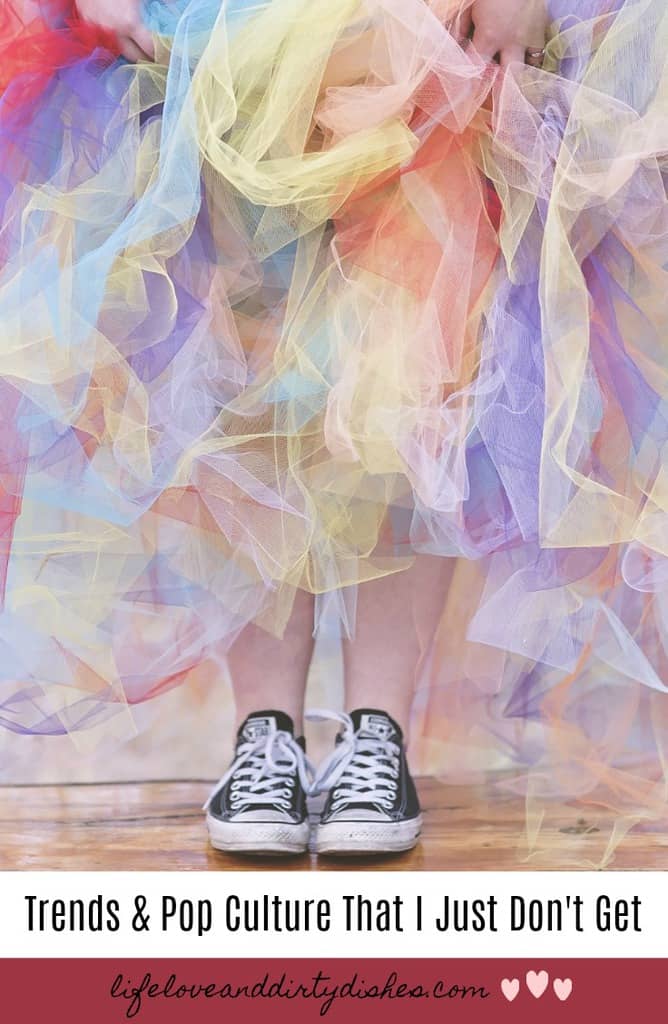