The irony is not lost on me that I am writing a blogging tips post about not following blog advice and doing what feels right for your blog.  I spent the weekend at #BML16 with lots of amazing parenting bloggers.  There I met my blogging friends, my blogging heroes, and some people who up until now I didn’t know anything about their blog.

I had planned for this months Blog Geek Tips to focus on my learning’s from one of the seminars I attended.  But actually what I left #BML16 with was the feeling that although there are thousands of parenting blogs out there, in our own way we are all unique.  Yet all of us seem to put so much pressure on ourselves to do things a certain way and follow a set of blogging rules and etiquette.

There are many articles out there telling you how to blog, but I have reached the conclusion that this isn’t a one size fits all option.  So this is my guide to finding the approach that suits you and being able to blog it your way. 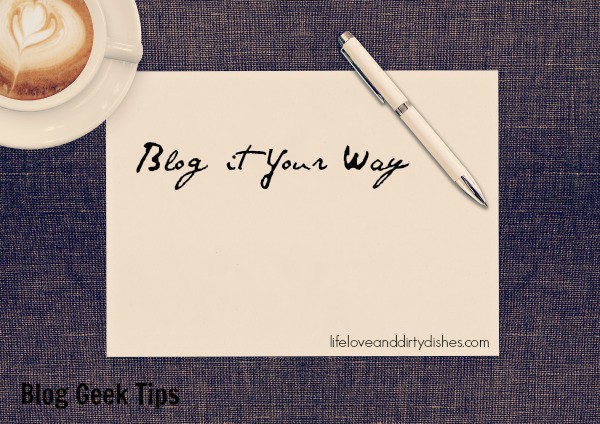 To Niche or Not to Niche:

There is a lot of contradicting advice out there on this one.  Some say find your niche and stick to it, others say diversify in order to expand.  I say, it’s your blog!  If you want to write about something then write about it.  If you want to try something new, then go for it. What do you have to loose?

My blog has primarily been about the highs and lows of parenting, amusing stories, soppy ones, but always honest.  I started my blog geek tips, not because I am an expert, but because I felt I had something to offer.  It’s not the reason people come to my site but it’s an added extra!

I also started to join in with a five under £5 feature started by Rainbeaubelle.  It is really not my normal style and was very much out of my comfort zone, but I wanted to give it a go. So I did!  Not many people ready by five under £5 posts, but I love writing them.  It’s something fun, so I do it for me.

There is absolutely nothing wrong with sticking to your niche.  But don’t let fear stop you from trying something new if that’s what you want to do.

There are so many social media platforms out there that it can all get a bit overwhelming. I have read countless social media tips and tried to apply them, but you know what they don’t all apply to my blog.

It took a long time, but I have made peace with the fact that Pinterest isn’t really for me.  I can count on one hand the referral traffic I get from it.  For a while I tried to up my Pinterest game and I read all the tips and how to guides.  I have however come to the conclusion that despite my ‘pinable’ images, my site doesn’t have the kind of things that people search Pinterest for. In fact my most repined board is one dedicated to Gerard Butler!

I may be committing some kind of cardinal blogging sin here, but I really don’t enjoy twitter.  I use it for promoting my posts and sharing others, but I am no where near exploiting it’s full potential.  It moves to fast for me!  I once attempted to join a twitter party and thought I might actually spontaneously combust in the process.  It was stressful.  I felt like I was at a party and I was the only person who had turned up in fancy dress.

I’m more of a facebook kind of girl, despite the changing algorithms and how hard it is to grow your following, facebook is the place I can go and get lost for hours reading and commenting.

I’m not saying one social media platform is better than the other, just that concentrate on the ones you enjoy.  If you want to know how to increase your twitter following, or make pinable posts then read the fantastic tips that are out there and go for it.  But do it because you want to, and not because you feel you have to.

Blogging success comes in many different guises.  A post being featured on Mumsnet, a RT from a blogging hero, a lovely comment from a reader whom your blog has made a difference to, being shortlisted for an award.

I have heard so many bloggers say they want a post to go viral and that’s how they know they have made it.  I have been lucky enough to have three viral posts.  And I say luck because as much as I would like to say it is my brilliant writing that did it, it’s not.  I got lucky.

My first viral post was We Are Not Rivals.  It went viral on Huffpost, and whilst I am proud of the fact that it featured in their top 20 most read posts of 2015, it did nothing for my own stats on my site!  My second viral post was The Toddler-O.  I published it in May 2015, but randomly it started to get shared on facebook in January 2016 and went viral then, through nothing I personally did.  My last post to go viral was my letter to The Two Week Mum.  It was my response to a rant that had appeared on facebook and was getting people’s knickers in a bit of a twist, including my own.  It went viral because I got the timing right.

The point I am trying to make not very well, is that often the success of a post is down to luck.  You may have written the most heartfelt post about a really important issue and hit publish at the same time a big news story broke.  Suddenly everyone is talking about the news story and your post is lost in the ocean.

Celebrate the success when they come, no matter how big or small.  But don’t set your goals for success on something that you can’t control.

Don’t Obsess Over The Stats:

Remember when you first started blogging and the buzz you got because someone read your post?  Then suddenly you became immersed in this blogging world and learnt about things like DA and Klout.  Then before you know it you are obsessed with the stats and your ranking in the Tots100.  And you know what, you loose that thrill, because one person reading is no longer enough for you.  You can enter the danger zone of forgetting why you started and loosing the love of blogging.

I know it’s easy to say don’t worry about the stats, don’t get disheartened if you drop down the ranks and have to spend months climbing back up.  I get it, it’s frustrating and at times bewildering.  Just don’t let the stats define you.  It’s not the stats that make your blog brilliant, it’s you.  I have read posts by bloggers with a very small following that have moved me to tears or made me snort my tea with laughter. Those posts are better than some bloggers whose stats and social media following I can only dream to achieve.  Good writing is good writing.  Don’t let the numbers spoil it.

Give Yourself a Break:

I am a parent first and blogger second.  And sometimes, actually quite often, the parenting takes over.  The blogging to-do list can be never ending; facebook, twitter, instagram, pintrest, stumble, commenting, replying to comments, responding to e-mails, linkys. Then there’s the part where you actually write a blog post!  It’s okay not to do everything. Sometimes the washing has to come before blogging if we want any clothes to wear. Sometimes you link your post to a linky and then one kid throws up in the car and the other gets sent home from school poorly and you don’t get round to commenting on any other posts.  Life happens.

I’m going to admit to another cardinal sin of blogging here.  I hardly look at social media on the weekends.  That’s my family time.  We are all juggling life and sometimes we have to drop the blogging ball.

Stop comparing yourself to other bloggers.  There’s no right and wrong way here.  I like to be organised, I work better this way.  But if you are a fly by the seat of your pants kind of person (which I often wish I could be) then following my organisation tips would just stress you out.  Keep flying and doing what works for you.

My blog doesn’t have the best photography.  You will never see me vlogging.  I do it for the love of writing, and I hope it’s a craft that I am getting better at.  You make the rules for your blog and make it something you love.  Because when you blog it your way, it will be unique and honest.  So throw away the blogging rule book and make your own.

Thanks to BritMums for hosting a fantastic event, to all the brilliant bloggers I met, and to my sponsors Tappy Toes.

For more Blog Geek Tips, including organising your blog, plugins and going self hosted, click on the image below. 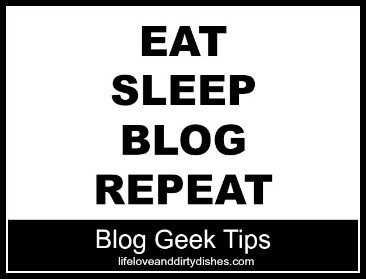 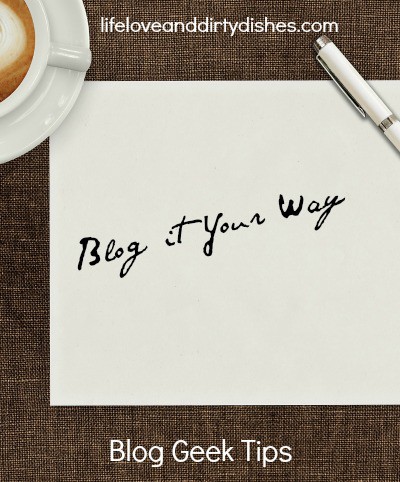 18 Comments on Blog Geek Tips: Blog it Your Way