Love - Soppy Stuff
When I was 14 years old my bedroom wall was adorned with a huge black and white collage.  Posters of River Phoenix, Jon Bon Jovi, Brad Pitt and Keanu Reeves.  And of course the obligatory black and white photo of a man holding a baby from Athena.

I have so many photos of my best friend and I in front of this wall wearing various nineties fashion disasters.  We were doing the insta wall thing before it was a thing!
Whilst my friends were listening to Take That, I was listening to Guns N Roses and Extreme.  My Mum said I dressed like a hippy.  She was right.  I was naive enough to think that sexism was a thing of the past.  Passionate about animal rights and fiercely against testing products on animals.  I wasn’t one to follow trends.  I was happy to stand out on my own.  I loved English and Drama at school and wanted to be a lawyer when I grew up.  Just like Amanda Donohoe in LA law.  Way before the days of Ally McBeal!  GHD’s were not a must have item.
It was that head strong 14 year old girl that started ‘going out’ with a boy in the year above me at school.  Before going out with him I had ‘gone out’ with a couple of boys.  Of course ‘going out’ didn’t actually mean that you were going anywhere with them.  It normally came about because your friend told him you liked him, and his friend then asked you if you wanted to go out with him.  So you said yes, snogged at the school disco and one of you ceremoniously dumped the other one a couple of days later.  Normally by getting your friend to tell them.  (Is that how it still happens?) 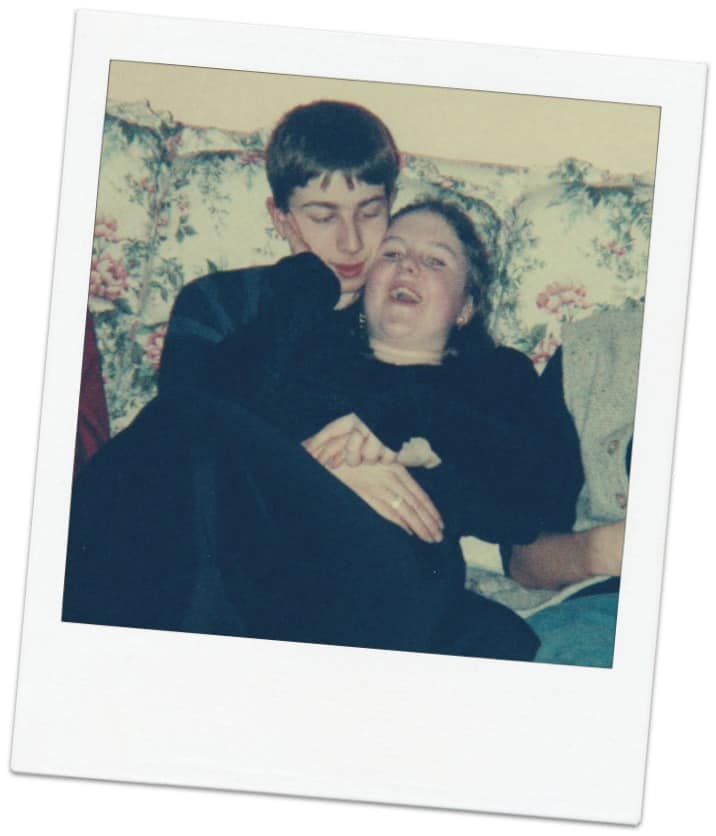 “They said, I bet they’ll never make it.  But just look at us holding on, still together still going strong”

I know quoting lyrics is something 14 year old girls do, but there are certain songs that reflect our lives at different times and this was one for me.
He moved out of his Mum’s house and lived with friends for a few years.  I graduates University and got a job.  He moved in with me in my parents home so we could save for our own place. And when I was 22 we bought our first place.  A tiny freezing cold flat, in the centre of town near all the night life.  About a half hour drive from the villages we grew up in.  We moved in with a bed, a milk crate to stand the TV on and a blow up sofa.  We loved it.  Even in the winter when I would wear my coat to go to the bathroom and you could see your breath because it was so cold.

Partying hard.  Too hard in someones case.  It wasn’t me with my head down the toilet that night!
As with any couple who have been together a long time, everyone always asked us when we were getting married.  He refused point blank to engage in any conversation about it.  He said when he was ready he wanted it to be a surprise and not something that was pre-planned, as in ‘we’ll get engaged next Christmas’.  It became the running joke that he was never going to propose.  But he did. On our ten year anniversary in Bruges, he got down on one knee with a ring.  My first thoughts were honestly that if this was a joke I was going to kill him.
We got married 18 months later when I was 26.  It seems crazily young now when I look back.  But I also look back at my wedding day, which was a truly happy day, and think thank god we didn’t have Pinterest then! 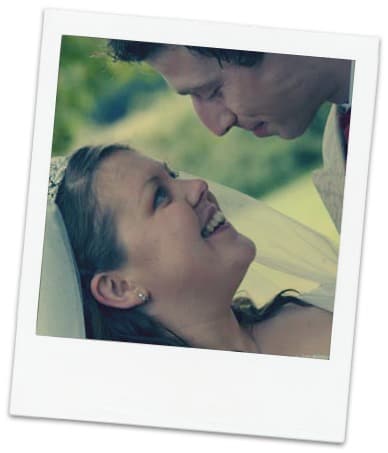 A wedding before social media!

Less than a year later we moved from our somewhat cramped flat into a house, and suddenly the contents that were over spilling from our flat barely filled our new home.  But again, we loved it.
Of course as soon as we were married people started asking us about kids.  But we were both working hard at our careers and partying hard at weekends.  We waited 4 years before we started a family.  I found out I was pregnant with Big on my thirtieth birthday.  And 4 years later Little followed.
It’s now 25 years since that 14 year old girl started ‘going out’ with that boy.  Our home is once again bursting at the seems with stuff.  But it’s also bursting with noise and love.
It’s safe to say that I am not the same person I was then.  I’m not a lawyer, I’m more cynical of the world, there are more lines on my face and stretch marks on my body, and I am actually much more likely to listen to Take That than I am Guns N Roses these days.
But then he is not the same person either.  Somewhere down the road he swapped motorbikes and leather for cycles and lycra.  His hair has been through way more styles than mine and his clothes fit much better these days.  Why was it fashionable for boys to wear clothes three sizes to big? 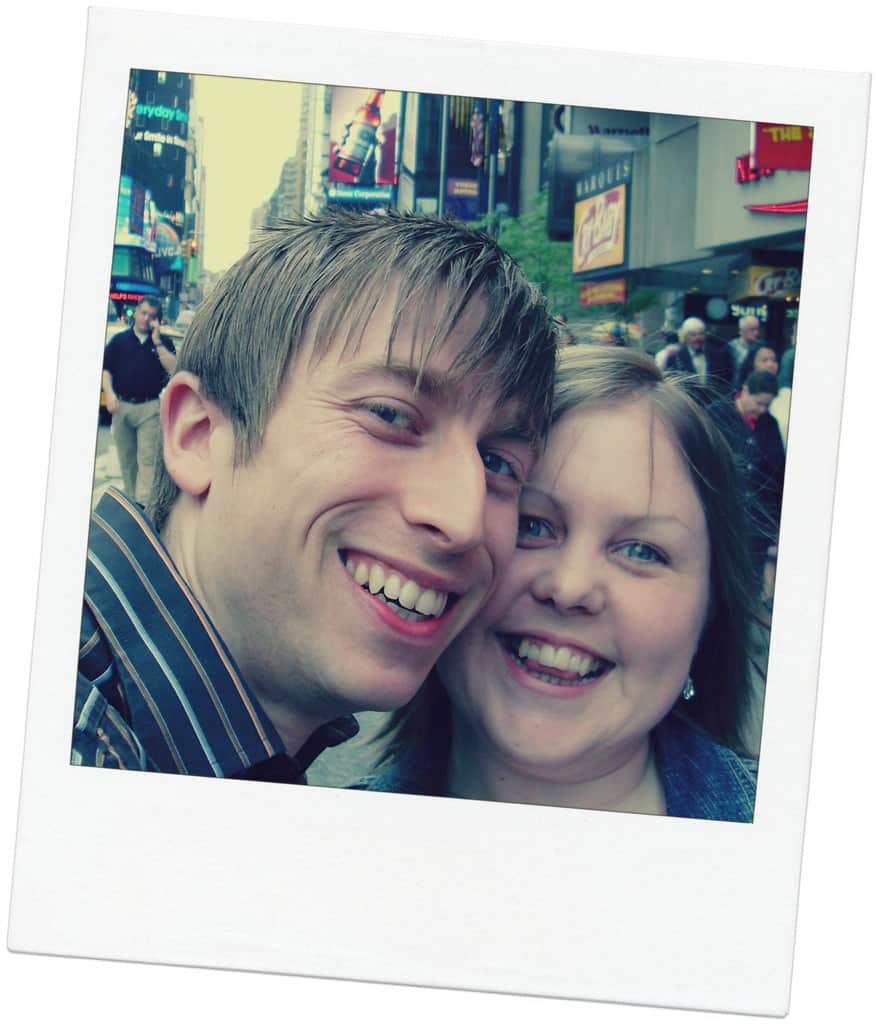 Happy Times
We’ve seen good times, bad times, sad times and happy times.
We are opposites in so many ways.  It can drive me mad when he sees everything as black or white, and I see grey. There are times even after all of these years when I cant read him. Then there are times when we finish each others sentences.
He knows me better than anyone, and he makes me laugh every day.  He always tells me how much I mean to him.
Lots have things have changed in 25 years but he is always my rock. My biggest supporter and fan.  He bought the champagne when I got promoted.  He held my hair back when I was throwing up after too many drinks.  He held me in his arms that day my granddad died. And he held my hand when our boys were born.
A brief pause for another musical interlude.  I thought it was really sweet when my husband said that the James Arthur song Say You Won’t Let Go reminded him of us.  Until he told me it was specifically the line,

“We danced the night away, we drank too much, I held you hair back when you were throwing up”

I’m not ashamed that I am not an independent woman.  I very much need my husband.  And not just for getting things down from the loft.  I simply cannot imagine my life without him in it.  In fact I’m only two years off being with him for two thirds of my life.
I wonder when I am grey and old what I would say the key to a long and happy marriage is?  They say never go to bed on an argument, and whilst I agree, I have done it.  More than once.  I think having your own interests is equally as important as making time for each other.  But that’s never easy when you are juggling family life, and date nights are often a take out and vegging in front of the TV, whist trying not to fall asleep.  The things you used to consider romantic such as staying up all night talking, would nowadays be grounds for divorce.  Sleep is a precious commodity! 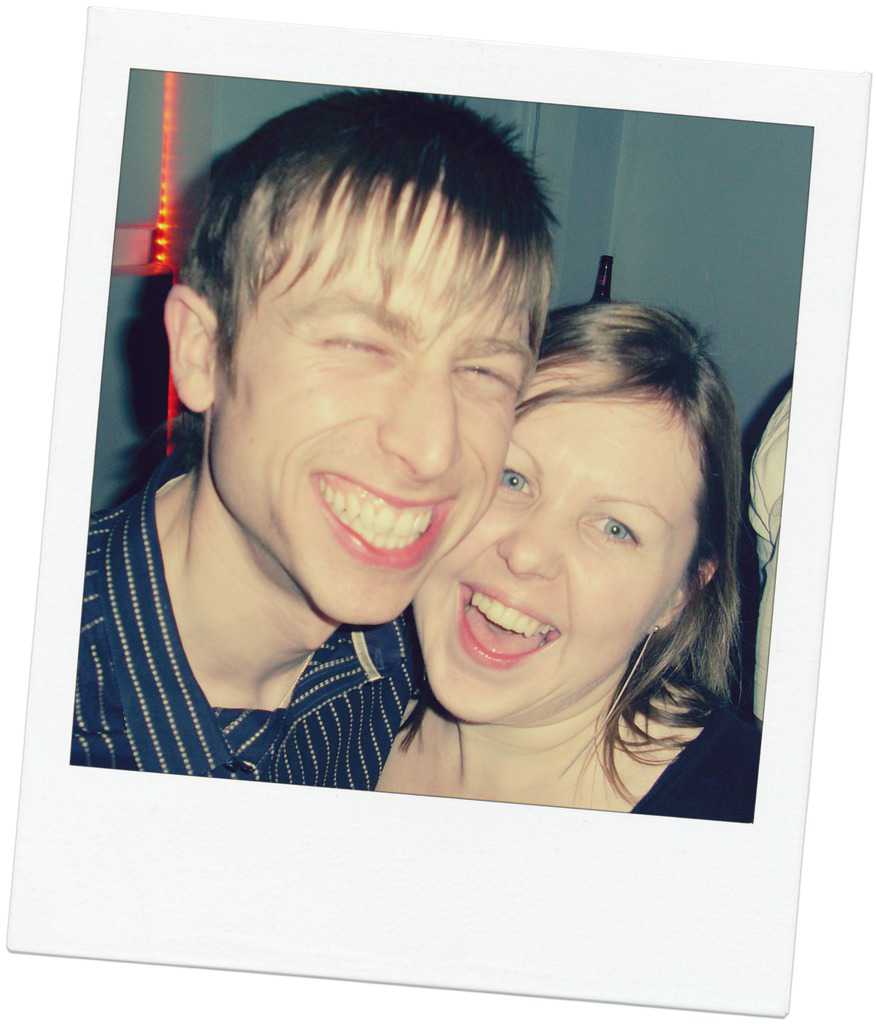 Life before kids.  No under eye baggage!
I guess we have just grown up and changed with each other.  Walking away has never been an option.  For either of us.  Our relationship has never been on again off again.  In 25 years it has always been on.  And whilst some may say that is lucky, I think it’s more to do with hard work and compromise than it is luck.
At 14 years old there was no way I knew that that boy would turn out to be the one.  The only one.  And even though I drew hearts with our initials and probably put  2geva 4eva on them, I didn’t know what forever looked like.  I have a much better insight now, and it looks pretty special.  We’ve grown up together and we are going to grow old together.  And my life is always better with him by my side.
It may not be the most exciting love story, or the most unique.  I was just a girl who fell in love with a boy.  There were no whirlwinds.  He never had to ‘win’ me.  But it’s our love story.  And I love it. Until we’re grey and old. 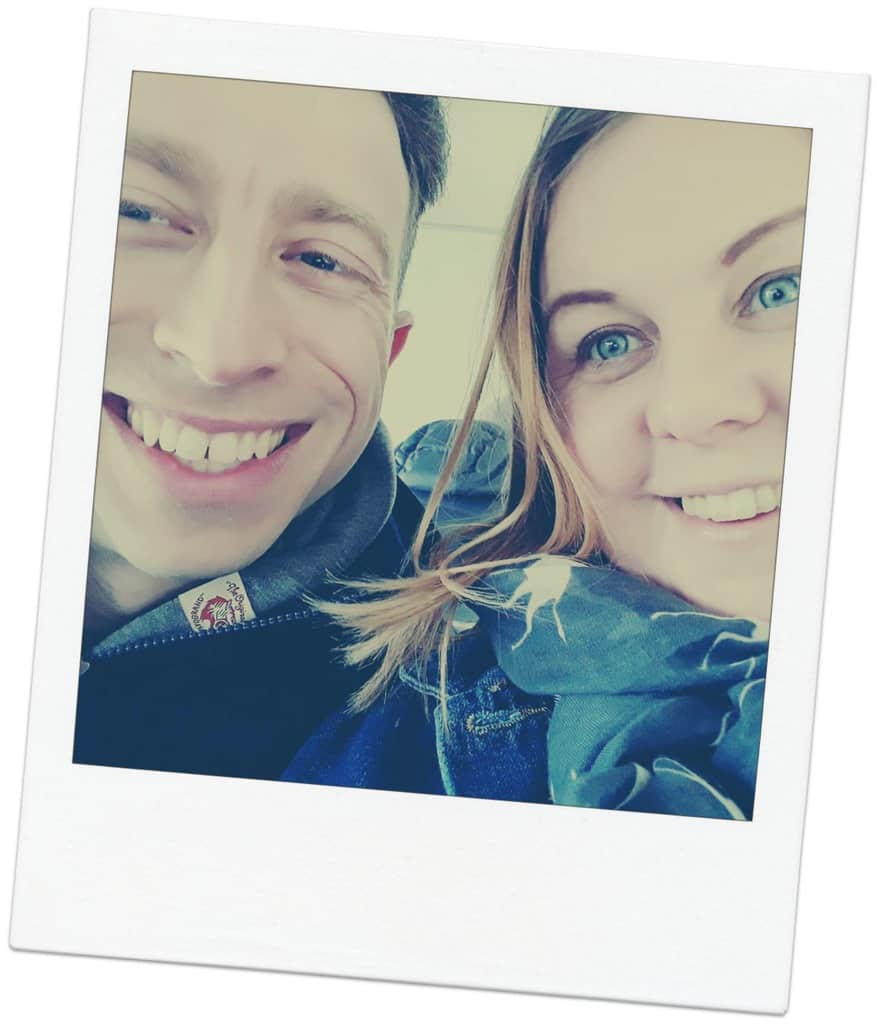 And the bags under the eyes and wrinkles start to make an appearance!

4 Comments on A Love Story