There are two types of people in this world.  Those that suffer with hay fever and those that don’t.  I fall into the first category and find that those in the second category rarely understand what we go through.

My hey fever is not limited to the summer months.  I suffer with it all year round.  I take medication every day, but there are some days that the drugs don’t work.

On those days I sneeze a lot, my eyes stream and are very sensitive to light, my head is very foggy, I am bunged up and I am exhausted.  In short, hay fever sucks. 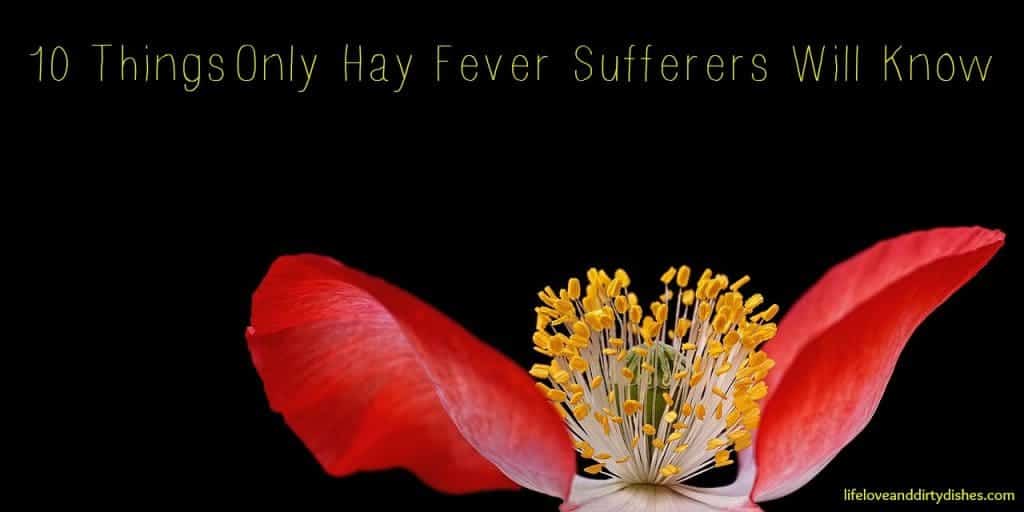 You will know that sneezing with your eyes open won’t make your eyes pop out as per the urban legend.  You will have learnt this through perfecting the sneezing whilst driving technique.

You will know that the other urban legend that states sneezing ten times in a row will make you have an orgasm is also sadly not true.  Although you will be totally spent after.  My record is 22 sneezes in a row. Still no orgasm, but I did need to lie down after.

You know the rising feeling of panic when you can’t find a tissue for your runny nose.  At some point you will have resorted to using a receipt from the your purse / wallet as a tissue substitute.

You will know the deep sleep that only a day of hay fever suffering can bring, and what it’s like to be woken up by your own snoring.  Your partner will also know this.

You know how to rock wearing sunglasses indoors.

You know to grit your teeth when people comment that “you always have a cold” and resist the urge to scream, “It’s hay fever” in their face.

You know it’s game over when you rock up to a picnic and the grass has just been mowed. You also want to punch anyone that says they love the smell of cut grass.  If only you could see who said it through your streaming eyes.  Artificial grass is the future!

You know which brand of tissues will see you through and which leave a hole with just one blow.

You know that you have to cross your legs when you sneeze.  This one might only apply to women who have had a baby!  Technically speaking those women don’t need to be hay fever sufferers.  You are only ever one sneeze away from a Tena Lady.

You know the power of your sneeze and can produce some that measure on the Richter scale.  Such is the force they have been known to wake sleeping babies.

Hit me with your best tips for relieving the symptoms in the comments.

1 Comment on 10 Things Only Hay Fever Sufferers Will Know

Check out the after pregnancy benefits of a maternity corset

First day and last day of primary school. I am not

Home made slushy. Perfect for this heat. And if yo

Think I would have had a better night's sleep out

Our garden is an L shape. For years I've struggled

Had a helper watering the plants with me! Happy F