When Sammy the School Toy Came to Stay

This year has been momentous in our household with our eldest starting school. Preoccupied with worrying about whether she’d settle in and make friends, I overlooked the possibility I might make some rookie mistakes as I settled into life as a school mum. Little did I know that the first of these would occur when Sammy, an innocuous cuddly toy, came to stay.

I’d been dreading this moment since I found out about Sammy back in September. Every week, I’ve had to console a disappointed Lily as she pointed out who he’d been sent home with whilst secretly overjoyed that I’d escaped for another week.

Now don’t get me wrong, I understand the benefit in packing the squirrel off to a different home each week. Lily was elated when she came out of school with Sammy and so excited to involve him in everything at home. Certainly I didn’t want to deprive her of this. In my defence, this probably explains why I threw myself into the task in hand.

But when I opened the accompanying diary of his adventures I was filled with dread. The instructions that the diary was merely a prompt for the teachers had clearly been ignored. Instead, there were pages and pages of photographs of Sammy at various clubs, making cakes, off out for walks and at local attractions. Daily diaries recounted his every move. And in some instances the 4 and 5-year-olds had even done the write ups themselves.

Bugger! I had a baby recovering from hand, foot and mouth and a stinking cold. My plan was to have a quiet week. Sitting Sammy in front of the TV at any point clearly wasn’t going to cut the mustard.  There wasn’t going to be much chance of any matched betting for me this week either.

A Made to Measure Halloween Costume

Luckily, it was Halloween that first night. Mr Matched Betting Mum was coming back from work early to take Lily trick or treating, so Sammy could go with them. Clearly swept up in the excitement and commotion of Sammy’s arrival I don’t know what came over me as I heard myself say to Lily, “it’s a shame Sammy doesn’t have a costume“. What was I thinking? The next thing I knew I’d rummaged around in the shed for some old cloth and was making this toy squirrel a made to measure ghost outfit, complete with holes for his ears and tail! In an instant, I’d become the mum I’d feared seeing as I flicked through that diary. I hated myself for it but I couldn’t help myself. Up against the clock, I desperately snipped away refining the costume whilst simultaneously feeding Olly his dinner. 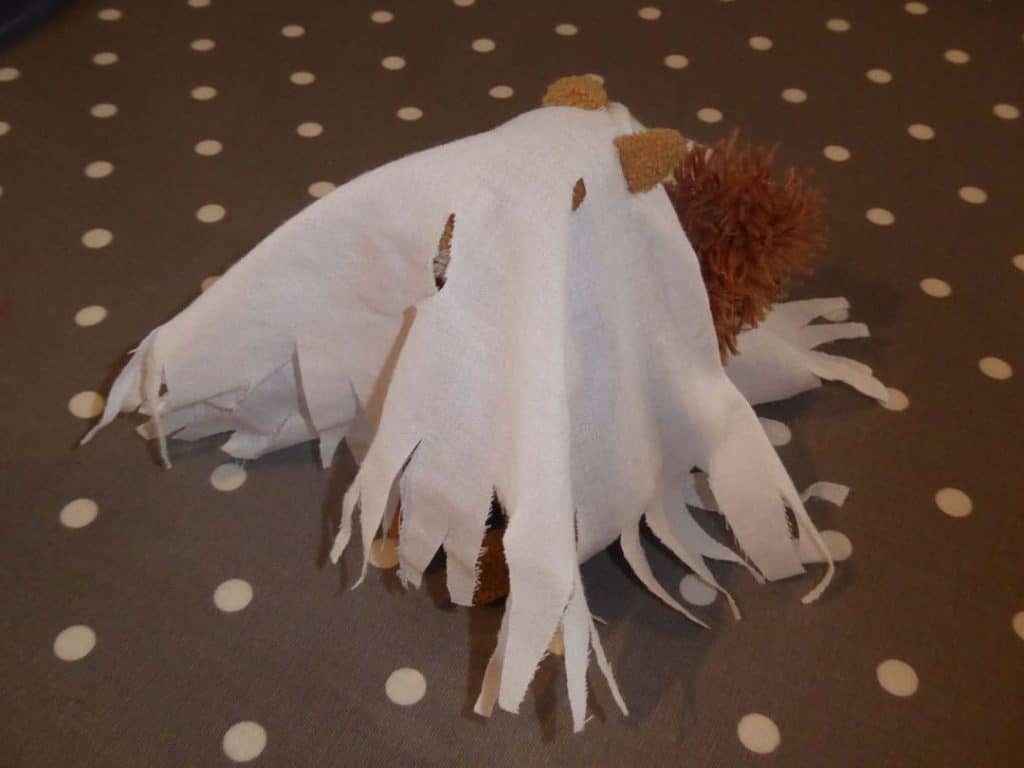 The next night Lily had swimming lessons. Easy, I thought. We’d just take Sammy with us and get a quick snap of him by the pool. By this point, however, it was clear that Lily was using Sammy as the perfect excuse to be a little bit naughty. Apparently Sammy was a bit of a cheeky squirrel and liked to be mischievous, throwing toys and food around. Quite cunning of my daughter really. But so annoying for me! So as we all traipsed to the pool there was talk of Sammy wanting to go swimming too.

By way of context I should explain that taking Lily swimming is a pain at the best of times because her brother Olly has to come too. Olly is a 15-month-old bum shuffler who doesn’t stand up. The not standing thing is a real arse when we go swimming. The changing rooms floors are covered in water and, from the smell of them, child’s pee! So it’s always a difficult manouevring act as I juggle helping Lily change while ensuring Olly doesn’t shuffle off the towel I’ve strategically placed on the floor, or stick his feet or head out under the door since it’s a bit of a trampling risk!

So it’s fair to say I was a bit dishevelled as we headed to the pool area! And now, from the glint in my daughter’s eye, I could see that Sammy was headed for the baby pool. Luckily for me, I managed to intervene in time, wrestling the squirrel from her whilst explaining it was dangerous as Sammy couldn’t swim. Clearly, Lily couldn’t quite be trusted with Sammy and so from that moment it was another thing I was laden with, in addition to the coats, scarves, boots and baby!

A Trip to Nana’s

The next night, I didn’t have any plans. That’s very normal for us, but a quick glance through the diary confirmed Sammy did something different most nights of the week, so I needed some sort of plan. Luckily, Nana came to the rescue. She was off work so we could go there and I could hand responsibility for an exciting diary entry over to her! She rose to the challenge. I think she was secretly overjoyed about having a little role in Sammy’s adventures; neither my brother, sister nor I brought any school toys home with us! So a quick walk to the local river to play pooh sticks with Sammy was perfect.

On the last night I had to go to the school for my first ever parent’s evening, so Mr Matched Betting Mum was back early from work to take charge! Could he think of something interesting to amuse Sammy with? The grunts and confused expression confirmed not. Cue some quick thinking from me. The weekend before we’d made some chocolate playdoh in a last ditched attempt to keep Lily entertained as half term drew to a close. So I left Sammy dutifully watching Lily making letter and number shapes. A perfect educational activity to end the week on too – perfect!

Of course, my week wasn’t quite over at this point because I now needed to write a report about his adventures! So after the kids were in bed when all I wanted to do was curl up on the sofa and indulge my cold, I found myself swearing at the printer as I tried to print off all our photos, desperately searching for the pritt stick and cobbling together some descriptions about what we’d been up to.

Lily was over the moon the following morning when we looked through our diary entry. She couldn’t contain her glee about telling everyone what he’d been up to back at school. And I suppose that is the reason I made the effort I did in spite of my reluctance! But I was glad to see Sammy go back to school with Lily that morning. To all the other parents yet to have Sammy to stay, I can only apologise that I became the parent everyone dreads to see in that diary! Should Sammy survive long enough to have another visit to our house once Lily’s brother starts school, I’ve vowed to myself I will not be repeating the same rookie mistake. He’ll simply have to fit in to whatever we have planned, as unexciting as that might be. 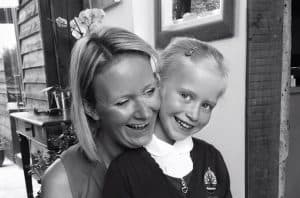 A former career civil servant, Jodie took a break from Whitehall when her eldest daughter Lily was born nearly 5 years ago. Since then, she’s had another baby – Oliver – and moved to the sticks. As a stay at home mum, her day to day life is very much dictated by the school run, toddler groups, clubs, feeding and the bed and bath routine.

When Big had Travel Bear the furry guy had just come back from a week in Egypt and had also spent a weekend in Disney Land Paris.  I couldn’t really top that!