This weeks Rookie Mistake comes from the very funny Jess at Mrs Helicopter Writes. Jess provides us with some of the earliest Rookie Mistakes she made.

Oh the joy of having a newborn! A new life in the world! Such an exciting, , exhilarating time. The minute I saw the second blue line I knew my life was going to be changed beyond recognition but I felt completely ready. I spent my whole life growing up around babies. I was 11 when my mum had my youngest brother…I was used to feeding, changing and bathing him. I spent my teens babysitting for different age groups of kids and my first paid job was child-minding in the school holidays. By the time I got up the duff in my early 30s a load of my friend’s had already been there and done that…and I’d helped out with their kids too. I was a PRO!

Rookie Mistake number 1: I thought pregnancy was going to be amaaaaazing!

You’re supposed to be blooming right?! The best time of your life! I’d looked forward to this for SO LONG! To be fair, my skin looked great and my hair was luscious. But you wouldn’t have been able to tell. I was the colour green from 6 weeks to 38 (when I gave birth). I was sick every single day. I felt sick all day everyday. Until someone has experienced that level of nausea that constantly, then they cannot possibly know the misery it brings. I spent a good deal of time crying and avoiding everywhere because simultaneously my sense of smell, which due to enormous nostrils has always been quite keen, was now putting sniffer dogs to shame. This is no exaggeration for the benefit of humour: if you had eaten garlic in the last 3 days, I could smell it in the room in which you were standing as soon as I walked in. I had a MASSIVE aversion to garlic. My FAVOURITE food! And believe me when I say this….garlic is in EVERYTHING. I survived on bacon flavour super noodles and slush puppies. How my son wasn’t born with scurvy, I’ll never know.

I also seemed to suffer every imaginable unpleasant side effect (here’s a list of all possible side effects. All of which I had). Two of the most memorable were: SPD so I couldn’t walk properly, roll over in bed or get in an out of cars easily. And obstetric cholestasis, a liver condition which meant I was so itchy I wanted to rip my own skin off all day, everyday. I would have to take cold baths at 2am when the itching was at it’s worst. This didn’t stop until the birth. Which brings us to…. 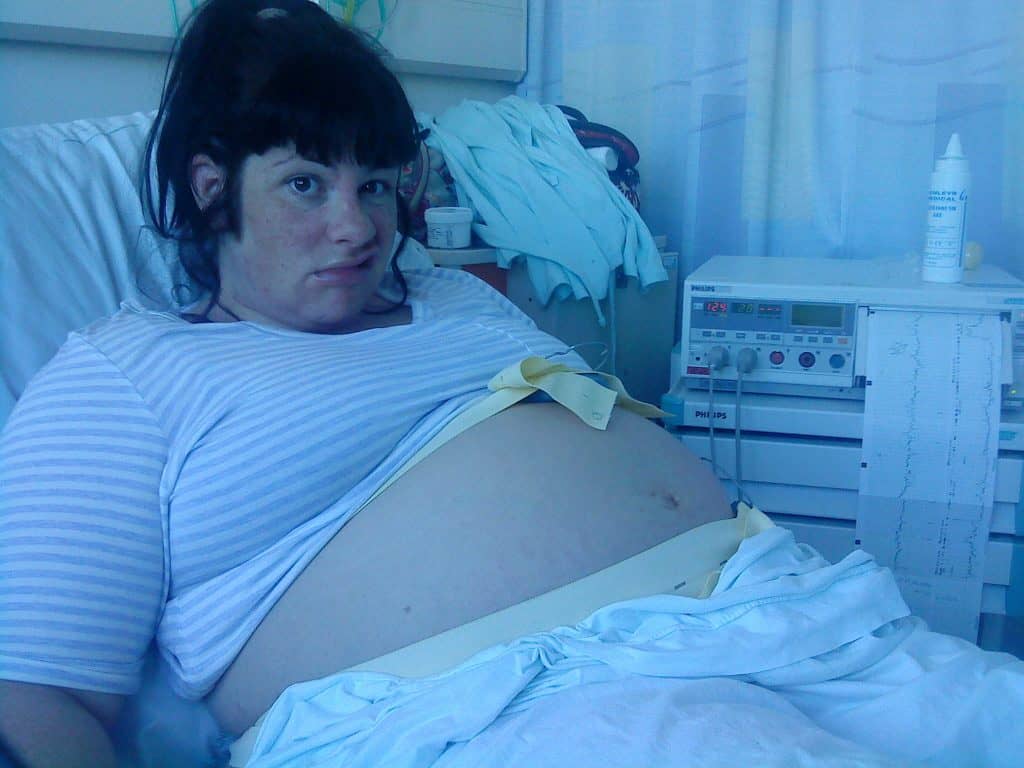 So throughout my dreadful first pregnancy, I was not only wrongly reassured that I would feel better at some point (12 wks, 15 wks, 20 wks etc.) I was virtually PROMISED that I was owed a nice, easy birth. Hooray! Luxury candles, warm pool, soft lighting and ambient music. Um…. Nope. Due to the OC I was brought in 2 weeks early to be induced in the delivery suite. No birthing pools…no nice double bed for both parents. Cold, ugly medical units filled with scary equipment. And bub had other ideas. I was so desperate to be itch and puke free that I naively hoped that I’d be in labour by the evening I was brought in. Imagine my surprise (read utter, desperate misery) when I was still on the induction ward FIVE DAYS later….having endured all the gels they could stuff up there with varying levels of pain. No sleep because I was sharing a room with countless other inductees who came and went (because they DID go into labour). In the end they started my labour with breaking my waters and sticking me on a drip which bought on contractions of seismic pain levels within half an hour. After a week of no sleep, I had an 18 hour labour, by which point he REALLY didn’t want to come out and I was carted off to theatre to have him sucked out… I was pumped full of morphine because no other drugs were working at that point. I was off my head and flirting with the flipping anaesthetist, whilst my husband was white faced beside me as they tried to get my son to breathe on his own for 7 minutes. Then I had the mother of all come downs. I wasn’t allowed to even shut the curtain on my cubicle in the high dependency ward where I stayed for 2 days as I was extremely dehydrated and developed severe oedema post birth. Everyone was witness to my sobbing meltdowns and pukefests as I tried in vain to attach him to my breast leading us nicely into….

And god-damn if I wasn’t going to do it! It was a no brainer…I had boobs…I was going to use them! But severe dehydration and the massive disassociation I experienced post birth meant I couldn’t latch him on. I agreed to let my husband give him formula before I passed out for a few hours of well overdue sleep. When I came round I did keep trying to latch him on but I just couldn’t do it. He’d be at my boob for hours but getting nothing. I experienced all sorts of man handling, squeezing, prodding and poking by the midwives. I was released once I proved I could at least express and agreed I would top up with formula. I had breast feeding “experts” come over and prod and poke and latch but alas all attempts failed. I ended up expressing and topping up until my milk dried up.

That wasn’t how it was supposed to go! I was supposed to be a natural mum! I was supposed to ace pregnancy and breast feeding at the very least…everyone knows the birth might be hard work. But nope. Those were my rookiest mistakes. And luckily they were not repeated with number 2! My pregnancy was far easier and in some ways enjoyable (I don’t want to overstate, obviously!) and the birth was actually brilliant even if the epidural didn’t work. Breastfeeding wasn’t so bad either! OK so pregnancy and birth weren’t necessarily in my control…but my expectations were. Lessons LEARNT. 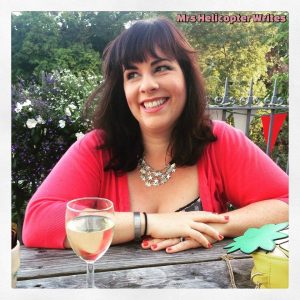 Bird from Cardiff. Have 2 small kids, stupid cats, husband etc. Realising daily how bad I am at parenting. Trying to forge some kind of writing career, with little to no coherent plan. Wine addled over-sharer. Not stoic in anyway.