Hold up people, we have an award winning blogger in the house!  Yes, it’s the brilliant ‘Fresh Voice’ that is my friend and Friday Frolics Co-host, Emma from Island Living 365. Emma tells us about the Rookie Mistake she makes on a weekly basis.  At least. 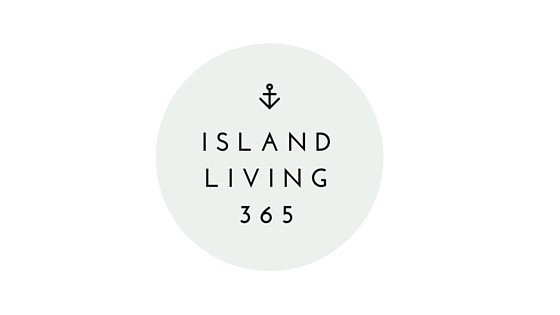 I love reading Rookie Mistakes because it makes me feel like my daily rookie mistakes are just parenting. I am riddled with rookie mistakes. RIDDLED. I could mention the time I forgot my daughter and left her in the car as I headed into the Toby Carvery. My mind was clearly on the mountain of food I was going to be eating. I could mention the time I was left to move the whole family and belongings to Jersey on my own as Mr C had already moved out to Jersey three months before. I had told him that I would be fine selling the house, packing up the house, working full-time and looking after 2 under 4. I was not FINE!

No, instead I am going to share the rookie mistakes that I make on a weekly basis. I call it SMS. Nope, not old fashion texting but Smug Mummy Syndrome. Those brief moments when you think that you have nailed parenting and you allow that smug little smile to creep onto your face only for it to smack you in the face. Let me explain:

* With Oldest we had her potty trained at 2 years-old. Don’t ask, it was a fluke, the lure of Peppa Pig and an iPad will make the most stubborn of toddlers sit on a potty, that and an exchange of chocolate gold coins for every chocolate log in the potty. Oldest had been potty trained for a whole year when we decided to go on holiday. I had smug face when I boasted to Mr C, look we can pack lighter nowadays. We don’t need to bring a mountain of nappies. We are travelling light people. We were staying in a lovely little cottage in rural Suffolk that belonged to my Mum’s friend. What happened that first night? Oldest decided to wet the bed. Cue much panic as we needed to wash the duvet. Only there were no launderettes in the village where we were staying or in the nearest town. In the end the only launderette we could find was over an hour away in Ipswich. No more SMS.

* SMS number 2 actually involves the birth of Oldest. I had prepared for this birth like it was a military operation. I had read every possible book of labour, listened to the advice from NCT. Helpful advice like “DO NOT HAVE A C-SECTION. AVOID AT ALL COSTS. IF YOU DO THEN YOU ARE EVIL” I had nodded sagely. I was going to push this huge baby out of my vagina. I was going to be an amazing mother. I also listened when the lovely Nazi, sorry, I mean the NCT lady, said “DO NOT HAVE THE DRUGS. AVOID THE DRUGS! IT WILL MAKE YOUR CHILD DROWSY. THIS IS AWFUL” I had prepped for this birth, I knew how to hypnobirth, I was going to be Mother Nature. This birth was going to be awesome. According to the hypnobirth book, my vulva was going to open up like a rose bud and the baby was going to float out. What was the big deal with this labour, it sounded so easy. I had my birth plan, I had my smelly candles ready. Then I went into labour and it hurt – A LOT. The birth plan was left in the bag. I might have screamed “fuckity fuck this is no beach!” After 48 hours in labour I demanded the drugs. After 50 hours I was rushed in for an emergency C-section. No more SMS.

* SMS number 3 involves the birth of Youngest. I was told that what had happened first time round would not happen second time round. That I would be able to push this baby out of my vagina. I interrogated my consultant on this, I repeated the “are you absolutely sure? Swear on your cat’s life” I ignored my niggling feeling, I ignored my gut. I went into labour early morning. I arrived at the hospital to be told that I would probably be sent home as I was clearly in the very early stages of labour, they examined me and were surprised to find that I was 6 and 1/2 cm dilated. Cue SMS moment. I was on this. Hynobirthing was working, I was visualising the beach. I was told that I would be giving birth very soon. 8 hours later and fully dilated Youngest had still not made an appearance. I now had an army of student doctors and a consultant staring at my vagina. It was then announced that,“you clearly aren’t built to give birth, you have narrow hips and a very tall husband” I might have yelled “YOU TELL ME THIS NOW!” No more SMS.

* When I was a teacher, I could still be a bit SMS, even though I didn’t have children of my own. I use to ring up parents whose children were consistently late to school, I would ask them in a patronising fashion if there was anything I could help them with, praying that they wouldn’t actually take me up on the offer. I used to think to myself, how hard is it to get your children to school on time? Now I am an actual mother I realise that it is near impossible! Only last week did Oldest’s teacher ask me “is there anything I can help you with?” after I had failed to get my child to school before the bell – again.

– My final SMS involved a quiet house and two children playing happily and quietly in their bed-room. “Isn’t this lovely!” I crowed at my husband. “This is why we had two children, now they are friends, parenting is going to be easy as pie. They will parent themselves”. We sat and congratulated ourselves for a further half-an-hour before realising that this quietness could be something far more sinister, it was. The bedroom had been ransacked, you couldn’t see the floor for toys. Now that my two daughters are friends we really need to be afraid. No more SMS.

So there you go, my rookie mistake is that I still allow myself smug mummy moments, every single day. I should know better. Smug mummy syndrome is THE rookie mistake to make. 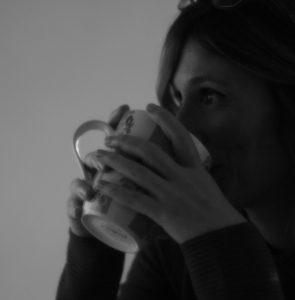 Emma is a former teacher who gave up life at the chalk face, (ok, Interactive board face, but that doesn’t sound quite as catchy), so that she could spend time with her own children. Emma now writes the award-winning lifestyle and parenting blog, Island Living 365.com Emma is a self-employed freelance writer who dreams about having her own magazine column one day, or a presenting job! She’s not fussy ;-).You can also find Emma writing at the Huffington Post and BritMums, or photographing Jersey on Instagram and wittering on Twitter at island living 365.