Some might say that when it comes to having your second child you have experience under your belt, so no more rookie mistakes.  Those who say that have never had a second child!  In fact my rookie mistake with the little one was so bad, I still haven’t been brave enough to share it!  Luckily for us Sarah from Run, Jump, Scrap! is brave enough, and she is sharing her mistakes with us today.

I must admit I do like to post nice pictures of social media. Cuddles between my girls and some cute selfies. Or just some serious babyspam!! I don’t hide the crap but we get our fair share.

Life with 2 hasn’t been as bad as I expected so far but I definitely don’t have rose tinted glasses about things changing, as life never stays the same for long with kids.

Piglet so far is pretty chilled. She’s feeding and sleeping well, cries when cold and yells when hungry. When you have your second, you often wonder what all the fuss was about when you had your first! The hard work is your toddler. The gremlin has been extremely accepting of her younger sis but we have had some difficult behaviour; mainly not listening and giddiness. I’ve been rejected a little but this has soon been rectified with some one on one time.

I think second time around you do cope better; the tiredness is less of a shock to the system, breastfeeding is easier and so is your ability to cope with crying. However, your ability to do stupid things when tired, to your newborn, your first born and in general are still just as likely!

I’m hoping social services won’t get called for this one! The majority of screw ups have been to my second born:

Piglet was born with really long nails. I went to trim them and yes cut her finger. Thank god she was feeding and only yelped (a bit).

Whilst pushing the gremlin on the swing, I forgot to put the break on the pram and Piglet started rolling…..down a small hill.

I dropped my phone on Piglet’s head. Don’t really need to say much more.

The worst one. With the gremlin I never really took her out of the car without bringing the entire car seat. Hubby lifted Piglet out for a feed but not the seat. I put her back in the seat and didn’t realise we needed to redo the seat belt. So we drove home from Tesco without strapping her in. OMFG!

My poor first born has not escaped. Whilst at the park, I took my eyes off her on the big-girl swing to check Piglet and she fell off. She also fell off a stage in a garden centre when I was posing for a photo next to a giant mechanical snow man. 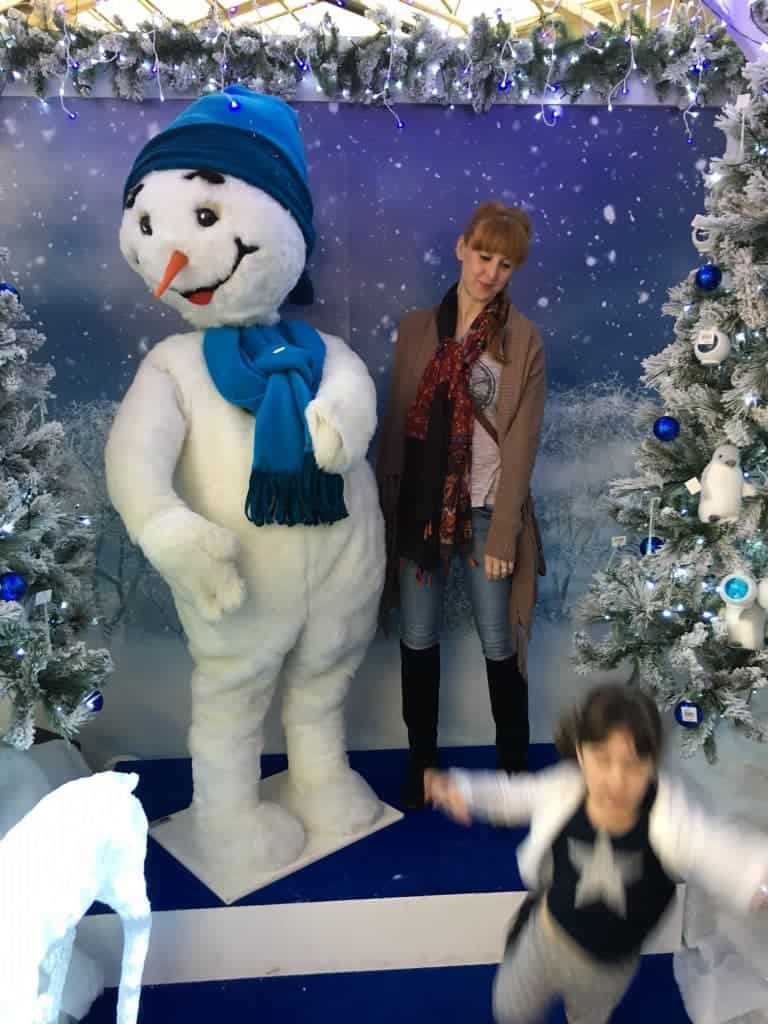 My husband also found the milk in the cereal cupboard the other day. I don’t even eat cereal for breakfast or have milk for that matter!

Written down the above looks pretty bad. Poor Piglet. I’m so glad I’m her sole source of nourishment so she can’t run away and leave me for my gross mother incompetencies.

Being dizzy, being tired and just being a Mother or 2 I’m sure is to blame for a lot of the above. You would think I had learnt a lot of how to parent with the gremlin but it is amazing what you forget.

I’ve learnt a few more lessons. You are certainly not a smug, know it all second time around! I don’t beat myself up though. We are all happy. I may have made my daughter really cry from an iPhone battering but hey she is fine. 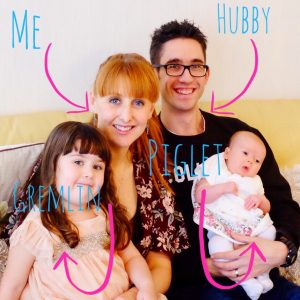 My name is Sarah, a 32 year old Dietitian who blogs over at Run Jump Scrap! This is predominantly a parenting blog which documents the fun and games I have with my family, including my two girls, affectionately known as gremlin and piglet. Exercise and scrapbooking keep me sane (when I have time) and I document my fun I have with these too.