This weeks guest post comes from Lucinda who blogs at Twintown.  Lucinda claims to be an expert at Rookie Mistakes.  Maybe it’s because she has twins, you know double the trouble, double the fun, and all those other cliches that Lucinda probably hears everyday.  Have a read of her expertise and see what you think… 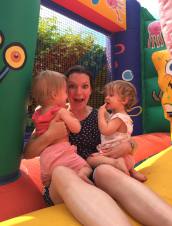 Hey. I’m Lucinda, a Brightonian Mum to twin girls who have prematurely hit the terrible twos. Ugh. Most parent bloggers say that they started to write to keep a lovely journal to look back on all of those precious moments with their little ones. Not me. Nope. I started blogging as a way to stop me going mental. Every time something goes well, I think ‘Jeez – that’s surprising.’ And every time stuff goes hideously wrong, I think ‘Well, that’s another one for the blog!’ In addition to the twintown blog I have been spending every naptime putting together my website, which is a guide to taking young twins out in Brighton. I figured that I have spent a lot of time and money on going to numerous toddler groups and cafes, someone should at least benefit from my ‘knowledge’. I use that term very, very loosely. When I’m not sussing out new places for the kids to go I can be found guzzling Prosecco and stuffing Toffee Crisps into my mouth.

When the super-lovely Claire from Life, Love and Dirty Dishes asked me to be a guest blogger I was over the flippin’ moon. Of all the bloggers out there I had been one of the chosen ones. What an honour. Immediately I agreed and asked the details of the type of blog post she was looking for. It’s called #RookieMistakes she said. Of course. I hate to brag, but messing up is my specialty. You’ve come to the right place, my pretty. For the past 18 months I have been effortlessly screwing up and it now becomes clear that it wasn’t anything to do with being a bit rubbish at this parenting malarkey. Oh no no no. It was all for the purpose of this moment. Hurrah! My efforts were not in vain. 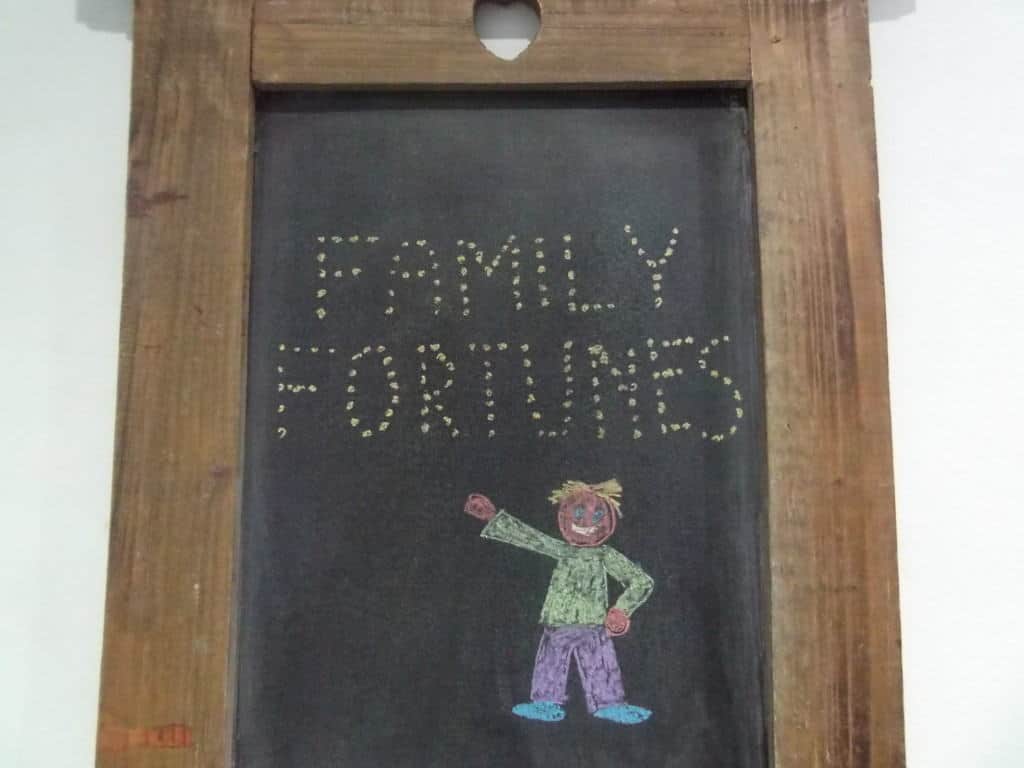 What a show! Families competing for prizes by guessing the answers given by a survey of 100 people.  If you’re correct you get a ‘Ding’, and if you’re wrong you hear an ‘Eh-uhh’. Given the amount of mess-ups I’ve made since becoming a parent I have an internal ‘Eh-uhh’ going all of the time. Attempting to cover all of my mistakes would be time consuming so I’ve instead gone with the highlights of each category. We asked 100 people to name ‘Words you associate with babies.’ I can then provide at least one balls-up relating to each category. And our survey says:

1 – Not tucking the ‘skirt’ in. Results in Poo explosion. Fact.

2 – Swim nappies. They don’t keep the wee inside. Don’t be a victim. Read my full story here: This Little Piggy: Spoiler alert: I got peed on. Twice.

3 – Removing the dirty nappy and dawdling before putting the clean one underneath the bum. This is when the first Poo-cano ™ happened.

I still get a case of ‘the foetal’s’ with this one. (When you’re nodding off to sleep and your brain reminds you of all the stupid things you’ve done, causing you to A) curl up into a foetal position to comfort yourself and B) not fall asleep until you’re exhausted from thinking about it.)

This may be a twin-thing, but I really struggled with putting the buggy together. It’s boring to explain the details. Let’s just say that I wrote an email to iCandy about the poor design….to be told that I was doing it wrong. It was embarrassing. They sent pictures.

Drove to a new baby group. Parked car. Realised that the buggy wasn’t in the car. I had walked past it in the hallway a total of 5 times getting the girlies and my bags into the car. The result was running with one child to the group, asking a staff member to hold that twin as I ran back to the car to get the other one. Same in reverse for leaving. I could feel the judging eyes all around me.

Guess who made up two bottles of milk for the flight back from our first family holiday but left them in the fridge of the villa in Majorca? Me. It was me.

Question number two….. ‘Which Mummy, who left the bottles of milk in another country, also didn’t do the required ‘check everywhere before we leave’ look around and is possibly to blame for leaving favourite toys Sheila the Sheep and Lottie Lambie behind?’ I’m not even going to dignify that with an answer. Could have been anyone.

On a totally separate note, SOMEONE also lost the camera with all of the photos from our first family holiday. In happier news, that was the only one of the THREE items that I left behind that was actually recovered. Yay! Go me!

Talking to Mummy friend. ‘I think I’m going to have to buy the next size car seats.’ ‘But your girlies aren’t big enough yet.’ ‘Their head is near the top though.’ ‘Erm, sweetie, did you take the baby cushions out?’ ‘The what?’ ‘The extra padding for little babies. And perhaps you haven’t used the adapter to change the height of the head padding?’ ‘The what????’ I swear these companies are conspiring against me to make me feel stupid.

Use them for naps. Otherwise this happens: 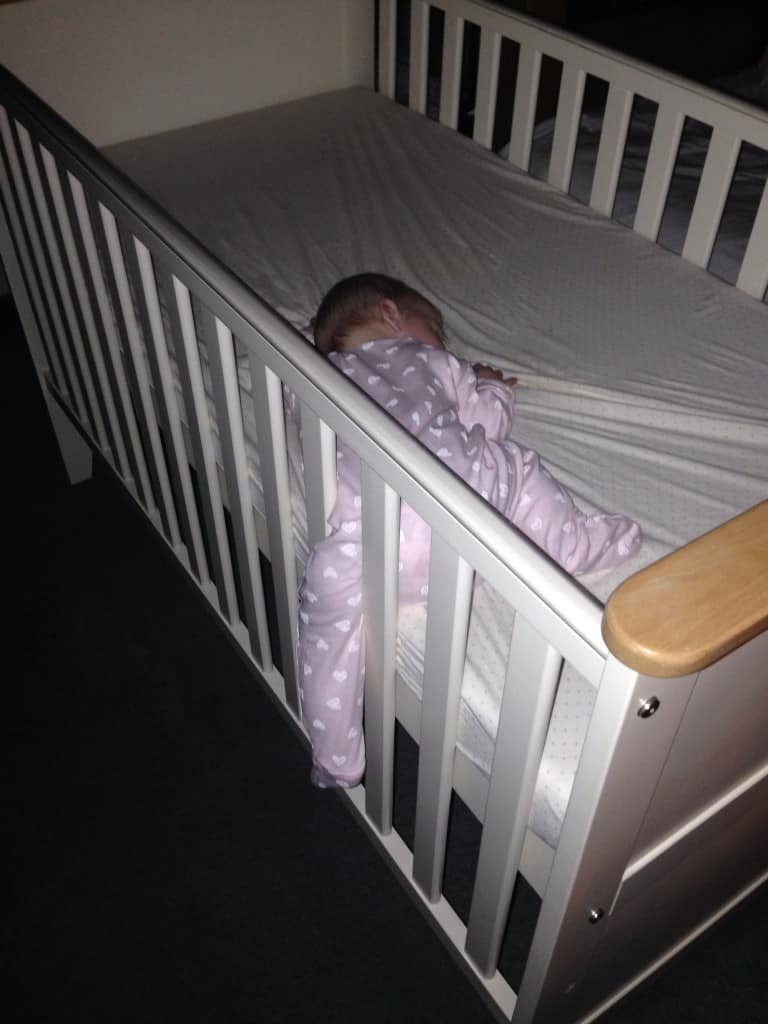 The super-wriggly twin loves to escape her pyjama bottoms and nappy. She is known as ‘The Great Poo-dini’ in our household. Although I don’t have control over her doing this, it took me a long while to realise that I can minimise the mess. Shorts over her sleepsuit. Woo hoo! Finally seemed to have cracked this parenting lark. (Take small victories where you can.)

It’s the night before the last twins group before breaking up for the Summer holidays. As I’m heading off to bed I think about the little party that they will have. Oh sh*t – the party. We’re meant to take food for all the little people to share. I look in the kitchen. Frozen fish fingers? No. Little tiny box of raisins? Not big enough for everyone. Box of Cheerios? No – too big. The only thing I can find is Jelly. It’s not sugar free. It’s clearly full of colourings. I stay up to make it. The next day I take it to the party…Then I bring it home from the party. No one wants to fill up their toddlers with sugar and e-numbers at 11 in the morning. I ate it for my lunch.

I really try my best, but more often than not I don’t quite make the grade. Les Dennis would probably say ‘Aww…that was hard luck! We’ll double that and add it to the money that you’ve already won. You have a twintown Family Fortune of £0.00. Thanks for watching. Bye!

Could you win a game show with your parenting efforts? 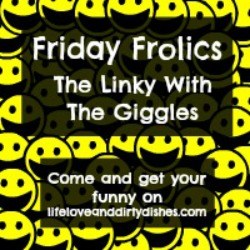 31 Comments on Rookie Mistakes – A Guest Post by Twin Town