I’m really pleased this week to be featuring another Dad blogger, although somewhat dubious as to what people are going to be searching on google when they find this post! Please welcome Matthew, who blogs at Dad Up North.  Matthew’s post is about the Rookie mistakes he made in the first 6 months of his daughters life.  Could you survive these rookie mistakes without heading for the divorce courts? 😉

5 Reasons Your Wife Will Stab You

Ok so firstly, I’m not actually married but we might as well be and it’s only because I’m too tight to pay for a wedding that we aren’t (Romantic eh??). I suspect this post is applicable to all types of partner, it’s just easier saying wife in the title. I’m primarily focusing on the 0-6 month stage of having a child. If you haven’t got a child and your wife is threatening to stab you, please don’t read this for advice, phone the police. This period is key, it’s when sleep deprivation is at its worst and I felt my OH was most likely to twat me around the head with something heavy. Effy is 8 months now so I hope I’m over the worst or have at least learned from my mistakes.

There has actually been occasions when I have not heard any noise, I’m a strange sleeper, I basically lie like a corpse and breath so quiet my OH often thinks I’m dead. However pretending not to hear is a very risky game. You might think this is a clever idea to try and get some extra zzz’s…..it’s really not, your OH will know, she’ll sense it, she’ll smell the lie and kick you so hard, that you’ll think your calf has been blown up.

2, Asking her what’s for tea

So I stroll in from work, get a huge smile from Effy, chuck my bag down and ask what’s for tea. What I failed to do is look at my OH, she’s still in her pyjamas, her hair hasn’t been brushed, I’m fairly certain she hasn’t showered and she might as well have ‘stressed’ written on her forehead. She informs me that she’s barely had time to even lick a Jaffa cake and our beautiful smiling daughter has acted like the devil child. All while I’ve sat at work, had a baguette for lunch, with at least 3 cups of hot but slightly ropey machine coffee.

3, Describing their maternity as a holiday

When I used to take holidays from work; I’d play on my PlayStation, get out on my bike, go the gym and drink some beer. A whole year of doing this would be amazing; I’d be a Fifa pro and be in amazing shape. So when my OH’s maternity started I was super jealous of how good she was going to get at Fifa. 8 months later, she’s still hates fifa and apparently looking after a baby is hard work. My OH does a very similar job to me, so she knows what I do. I work in an office, I sit in meetings, talk to loads of different people and type shit into forms. At no point in my day do I get covered in shit, walk miles attempting to get a baby to sleep, entertain a crying baby who won’t sleep or feed a baby who only wants to put food in their eyes…….you get the picture, its not a holiday, its hard graft.

4, Making any noise when coming home from a night out

I’ll be clear, my nights out are rare and very different now; I go to the local pub, have a few pints of ale, talk about babies with my mates and I’m usually home before Match of The Day has finished. I return home and I know both my OH and Effy will be asleep, I enter the house in absolute stealth mode, barely registering a noise and making every effort to ensure I don’t wake Effy………….apparently not………..I enter the house like I’m a 1 man band, slam the front door, go and see Effy with my ale breath and tell my OH some crap story about how one of the lads won a football accumulator. So in future, after a night out, I’m going to sleep in the bush in my front garden. I suggest you do the same.

5, Forgetting to put the changing bag in the car

I’m pretty shit at organising myself never mind a baby. So when it comes to the military operation that is leaving the house, I’m prone to errors. Leaving the changing bag on the kitchen table was an error too far. For those with babies, you’ll know how important the changing bag becomes, not just to deal with the shits but food, change of clothes, toys, a whole pharmacy, 25 bibs and 8 muslin cloths. I’d packed the bag with all the essentials, got distracted and left the house without the bag (I’d also packed myself a Mars bar, so I was devastated). The fact I’d brought Malcolm the Monkey didn’t soften the blow in any way. Given that Malcolm was actually on top of the bag, this made my error even more ridiculous. A short but silent drive home, corrected the error and I was reunited with my Mars Bar. 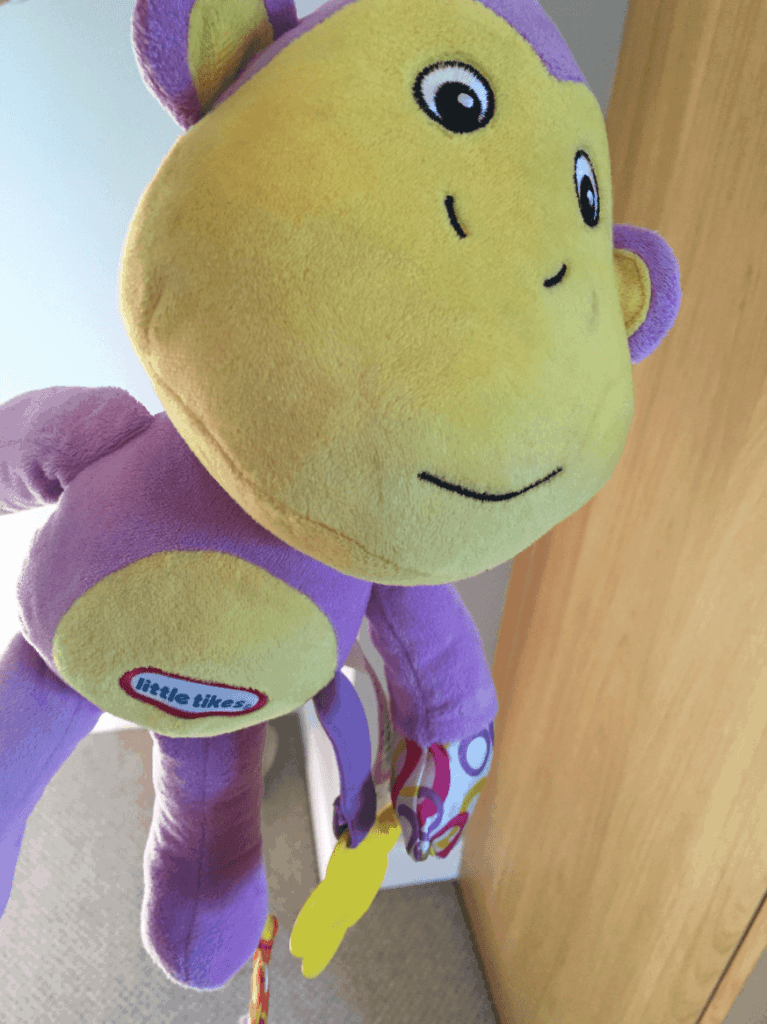 Fairly standard bloke if I’m honest. Blog name gives a pretty big clue that I live ‘up north’ of England, Last year I turned 30, moved house, changed jobs and became a dad, to a very special little lady….Effy. She instantly changed my world and doubled the amount of pink things in my house. I travel and commute a lot so instead of staring out of the window or wasting my time on Facebook I started a blog. My blog isn’t a place to come to get expert parent advice. The truth is, I have acquired most my knowledge and skills from google, my mam and Family Guy. She’s 9 months old now and she seems to still like me, so I must be doing something right.

What’s the worst Rookie Mistake your other half has made?