Dirty Dishes - Ranty Stuff
Calm down.  I have nothing to tell you.  No announcement from me.  Been there.  Done that.  Got the t-shirt.  Twice. Not happening again.  No more swollen ankles, morning sickness, heart burn, back ache, and limited wardrobe choices for this mama.

But have you noticed the pregnancy announcements taking over your news feed lately?  Every day I am seeing a new video that has gone viral because of the thought and planning that has gone into the announcement.  Now I admit, they are very sweet, some have even brought a tear to my eye, but really?

It’s not like parenthood isn’t competitive enough, but now we are starting the game early?  Each new video I see seems to have upped the anti that bit more.  It’s becoming a thing.  ‘How did you reveal you were pregnant?’ And it seems just waving your scan picture excitedly in someones face isn’t enough anymore. 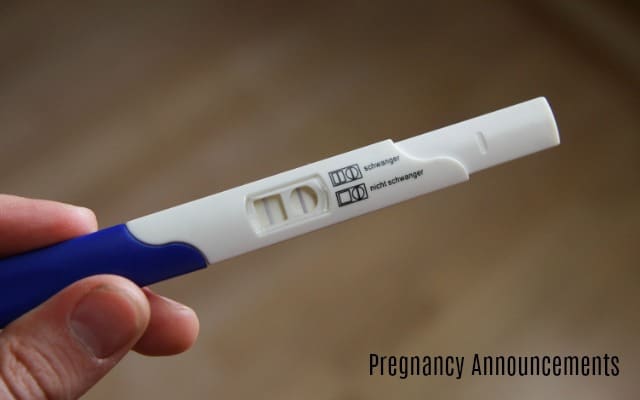 Thank goodness my announcements are done, because there is no way in the world I would have had the patience to plan a ‘surprise announcement.’  Hell, I didn’t even have the Patience to wait until my period was late to take the test.  It said on the box you can test three days before your period is due. Good enough for this eager beaver.

With my first pregnancy I did my first test early, telling myself it would be better to know if I wasn’t and face the disappointment now, rather than when my period arrived.  The first month it was negative.  As was the second month. The third month things were different.

Firstly it was my 30th birthday and I was having a party.  Therefore I actually had a legitimate reason to test early and determine whether I would face 30 sober.  Secondly I had a few little signs, extreme tiredness, sore boobs and shocking eyesight.  Who knew pregnancy can cause water retention on the eyeballs? I know, sexy right!  I planned to do the test the morning of my party and 3 days before my period was due.  There was no sleep the night before.  I was like a kid at Christmas.  At 5am I could wait no longer.  I did the test and Bingo!  When I came back into the bedroom my husband sat up in bed and saw the huge grin on my face.  He hugged me, patted himself on the back and then went back to sleep! 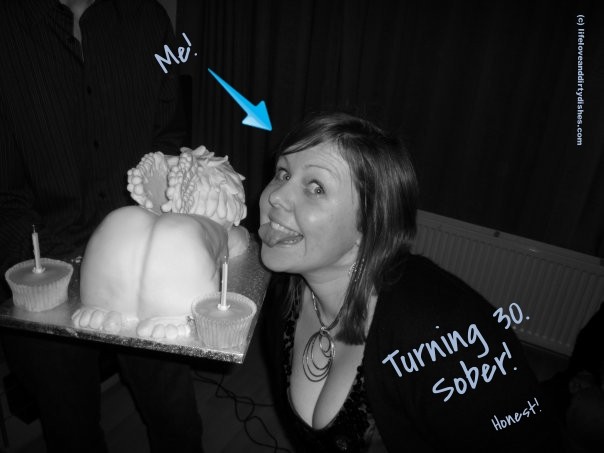 We told the future Grandparents and Aunts and Uncles and then it remained a secret until after the scan.  It was a relief not to have to hide my morning sickness anymore.  The toilets in my office were next to the boardroom. Have you ever tried to be sick quietly?!

With my second pregnancy I was just as eager.  I still didn’t have the patience to wait for my period. Even though I told myself it won’t happen first time.  Even though I reasoned that pregnancy tests were expensive and it would be a waste. I didn’t listen to myself, I couldn’t wait.  When my eldest was safely out-of-the-way at playgroup I did the test and was somewhat shocked to see it was positive.  I was happy, but had definitely not expected to fall so quickly.  I carried the test round with me and kept looking at it just to be sure.  Then there was a knock at the door and I shoved the test in the drawer.  It stayed there for the rest of the day.

It was one of the longest days of my life having to wait to tell my husband.  I planned to tell him once the big one was in bed.  Except once my husband got home things didn’t go to plan.  I was tidying toys ready for bath time when I heard a rather shocked, “Really?” and looked round to see his head in the drawer where I had shoved the test!  Like me he didn’t think we would fall first time.  Unlike me he hadn’t done the period math.  Why would he?  When that time of the month arrives it is blatantly obvious to him because his wife is weeping in the corner and demanding chocolate.  There were little ears about so all I could say was ‘yes’.  We had a quick hug and got on with bath time.

This time we didn’t tell anyone else.  We knew the first person we wanted to tell was our son but wanted to wait until we knew everything was ok.  It was quite nice having this little secret between the two of us. And as for planning an announcement there was no need.  Have you ever told a 4-year-old an exciting secret?  Within a day he had broadcast the news to Playschool, friends, strangers on the street and the neighbours dog.

If you want to share your announcement (and unlike me have the patience to do so)  by writing a song, buying who’s the Daddy t-shirts or sign writing it in the sky, then go for it.  It’s your announcement.  Do it however you want.  But I can promise you one thing, even if you just simply say “I’m pregnant”, your partner and loved ones will never forget that moment.  And I can guarantee that they will always cherish that moment, understated or overstated.

And as someone who chose not to find out if I was having pink or blue, don’t even get me started on gender reveals!

Throwback to the toddler years.  God I found them

We need to listen to what the scientists are telli