I love the internet.  I love the convenience it brings to my life.  The ease with which I can keep in contact with family and friends.  Not to mention the fact that I never have to leave my house to do the ‘big food shop’.  It’s so easy to share things.

But I can’t help but wonder if we are sharing too much.

We share the facebook story with the picture of the local man accused of some wrong doing.  We share it with little thought to the credibility of the source and the other side of the story.  Because there is always another side to the story.

The anonymity of the internet seems to give people the right to share their opinion on anything and everything.  And we share our opinions with little regard to the impact it has on the person on the receiving end of our opinions.

And we seem to have an opinion on everything.

Alice Talbot Judge, author of The Back Up Plan, her story about life after a marriage breakdown, and how she picked herself up.  An empowering story.  A personal story.  One that she shared to help others in similar situations.  Also an inspiring tale of success.  Yet when a segment of her book was published in telegraph there were vile comments from people telling her she didn’t put enough effort into her marriage, that she was selfish, that she didn’t deserve or care about her kids.  Deeply personal attacks from complete strangers who somehow believe they know how Alice should live her life.

Emma Conway from Brummy Mummy of 2 who to her many many fans (myself included) is one of the kindest and most down to earth people you can meet.  Emma shared some pictures of herself in her swimming costume having fun with her kids.  Inspiring body confidence.  Living her life to the full.  Looking amazing.  Yet someone saw fit to photo shop Emma’s picture to what they thought she should look like with the hash tags #unhealty and #youwilldie.  I can’t even begin to imagine what that would have done to Emma’s confidence and what a personal invasion that was.  What gives people the right to do this?

A story on the local paper website about a man charged with manslaughter after a motorbike accident.  An accident in which a split second decision cost the life of one man and irreversibly changed his forever due to the injuries he sustained himself.  An accident that can easily happen to anyone of us when we get behind the wheel of a car.  Yet the comments make assumptions that he is reckless, call him scum, and wish for his death.

And there are thousands more examples.

You see it everyday.  Heated debates on facebook on any number of parenting topics.  Each person truly believing that their way is the right way and anyone doing it differently must not love their kids as much as they do.  And if ever anyone is challenged the response is normally “I have a right to my opinion”.

And everyone does have right to an opinion.  But is it also their right to force that opinion on someone else.  Is it ok to state your opinion knowing it will upset someone?  Because I can’t help but wonder if that was a friend chatting to you over coffee, would you react in the same way?  Would you forcibly inject your opinion, or would you offer support, allow them to make her own choice, and respect the choice she makes?

Freedom of speech is a powerful thing.

It’s a wonderful thing that many people in this world don’t have the liberty of.  But surly freedom of speech should be used for the greater good.  For equal rights.  For fighting world poverty and fascism.  It shouldn’t be used to spread malice and poisonous vitriol.  It shouldn’t be presented as fact when it is nothing more than a dressed up opinion.

What really scares me about this is that these online debates are now part of normal life.

That people don’t even recognise how their comment could actually be seen as ‘trolling’.  Personally I hate the term trolling.  Because when I think of trolls I think of pink hair and singing and dancing.  Not hatred being spread across the internet causing hurt and distress to people.

Whilst you have a right to an opinion, I don’t think you always have the right to express it.

Mind your own business and keep scrolling! 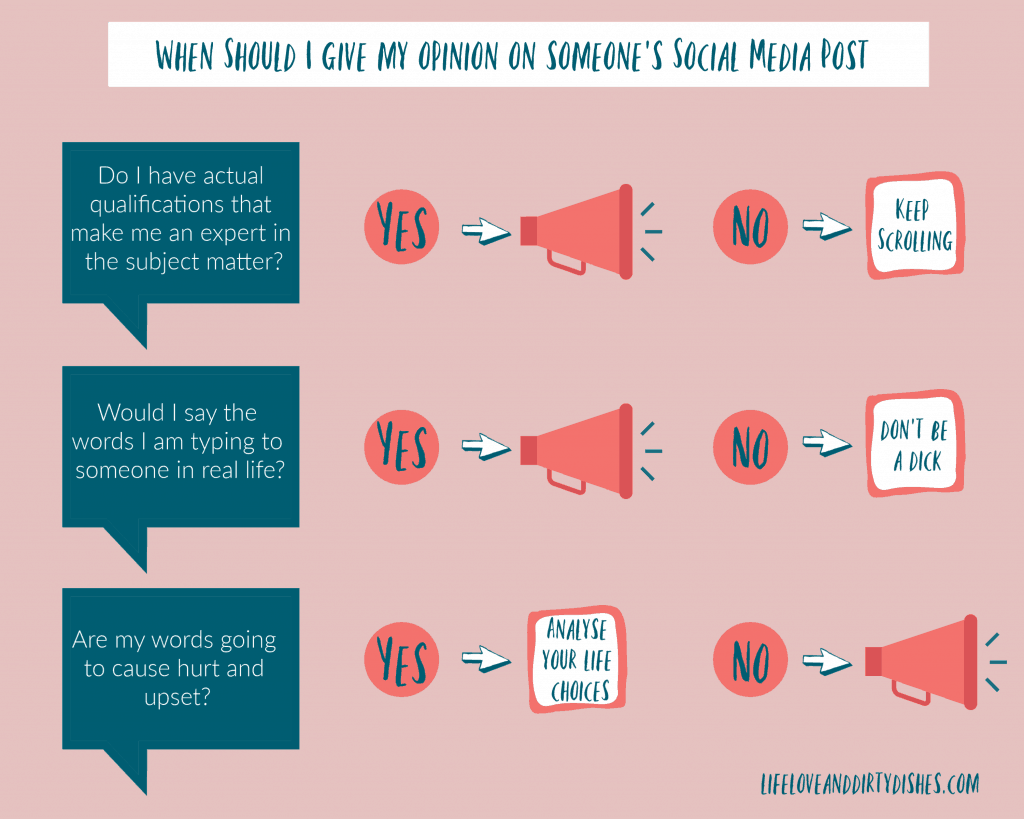 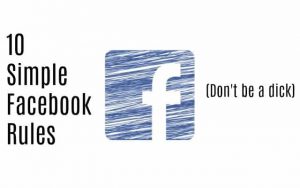 Check out these latest posts:

1 Comment on Do you always have a right to an opinion?

Remember lazy Sunday mornings when you slept in, t

Every night for the last three months I have been

This came up in my memories today. Don't you just