I have a new addiction in my life.  Pinterest.  As always I am incredibly late to the party.  But I’ve been using it lots for party planning ideas.  We have just celebrated Big’s 8th birthday, Lego has been on the top of his birthday list for a good few years now, and his love of the bricks shows no sign of slowing.  I used Pinterest for lots of fantastic Lego party ideas and inspiration. 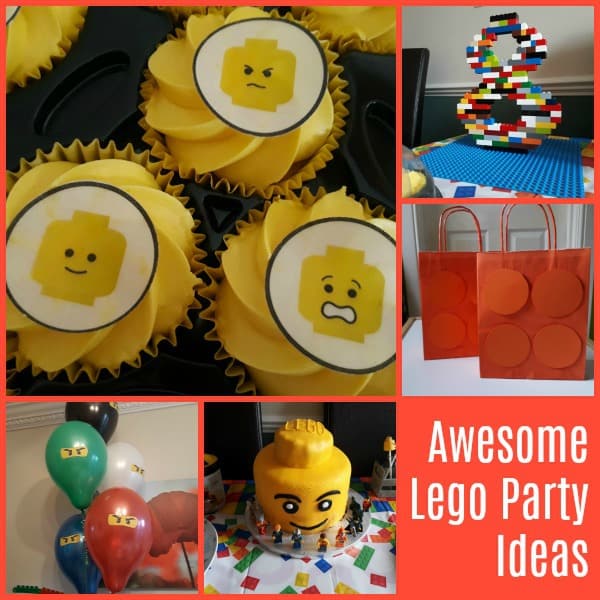 Here are some of my favourite ideas and finds for a Lego themed party that we put into practice this weekend. They are simple and effective and don’t cost a fortune.  Believe me when I say I am not a Pinterest perfect kind of girl.  I’m far more likely to create a Pinterest fail.  So if I can do these anyone can!

If there’s one thing we are not short of in our house it’s Lego bricks.  This number 8 was so simple to do and Big absolutely loved it.  He never wants to take it apart.  It looked great on the table with all of the party food. 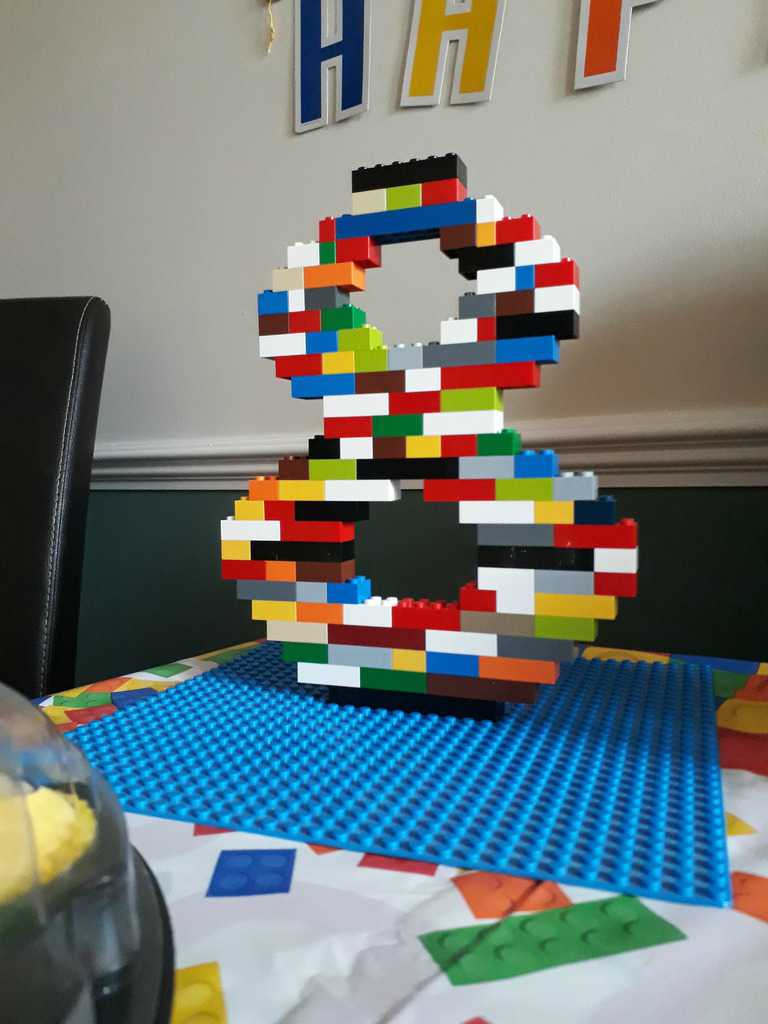 A birthday isn’t complete without balloons.  I turned these balloons into Ninjago balloons.  I simply googled Lego Ninjago eyes and printed them out and stuck them to the balloons.  It was really effective.  Assuming you know your Ninjago colours of course! 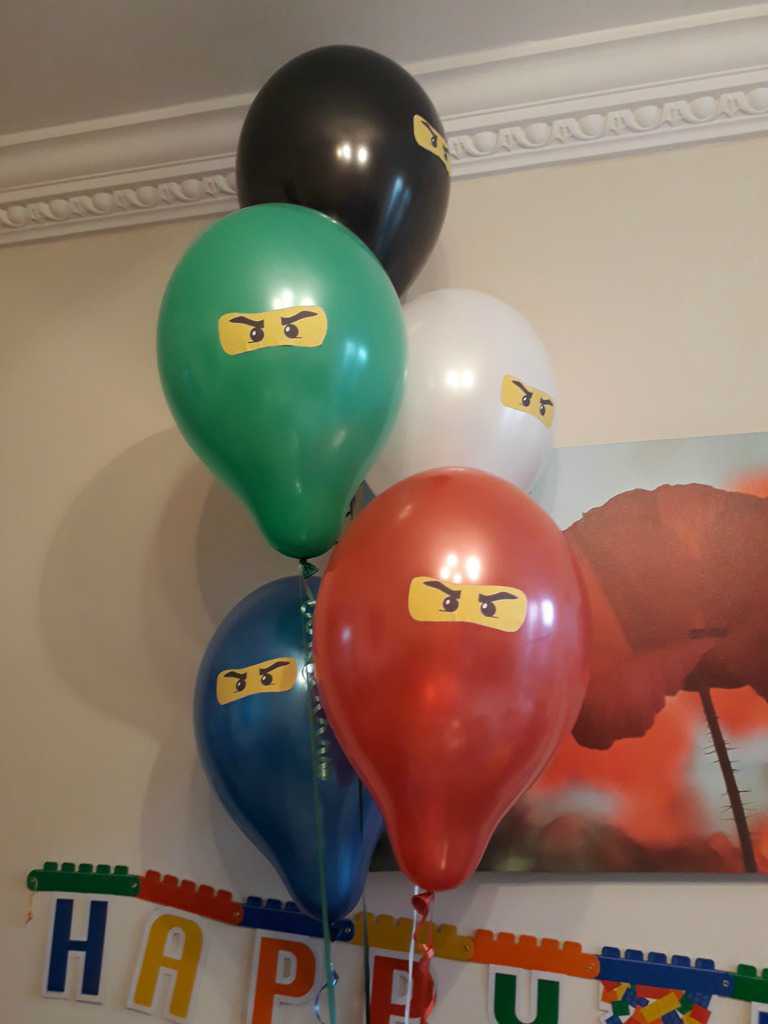 We turned the door into a Lego block using a plastic table cloth and paper plates.  Big thought this was awesome.  It cost £3 and took 10 minutes to do.  It also looks much better in real life than the photo! 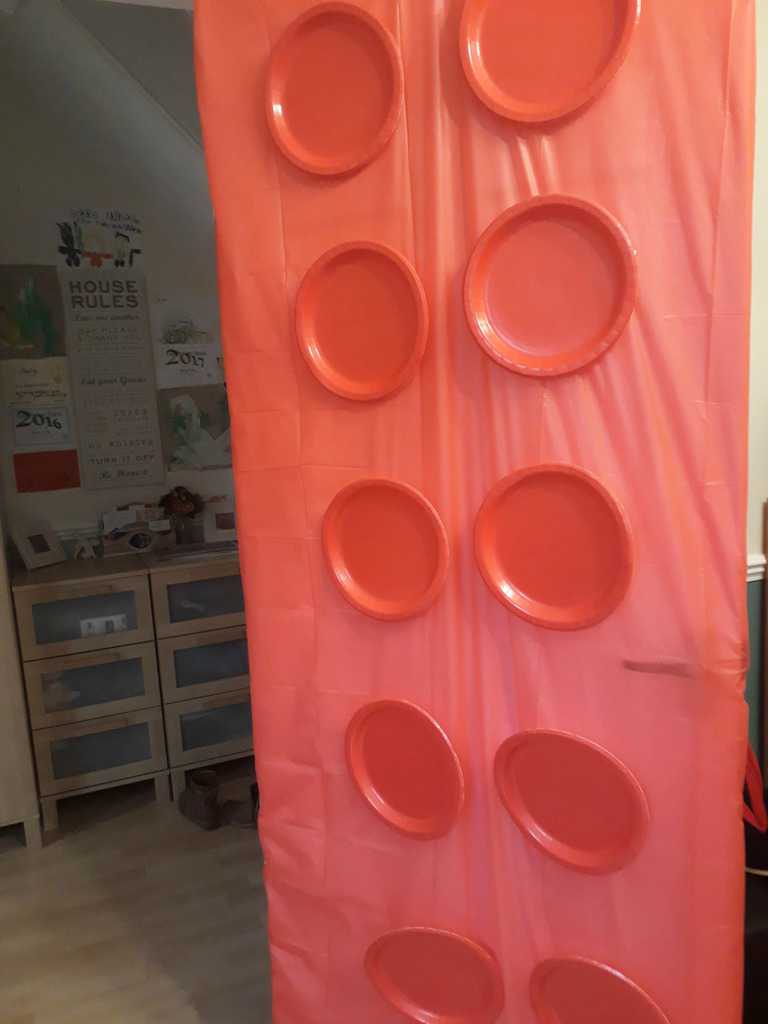 I also bought the Lego birthday sign from Amazon for just £2.24.  Click on the image to purchase.

An easy way to complete the Lego look is through paper plates and cups.  You can make your own, but they are really reasonably prices to buy.  I brought the following:

These Lego head marshmallow pops were not quite Pinterest perfect, but the kids loved them.  They are simply marshmallows on a lolly stick, topped with a smaller marshmallow (the kind you use in hot chocolate.  They were then dipped in yellow Candy Melts and once dry I drew faces on them with chocolate icing. 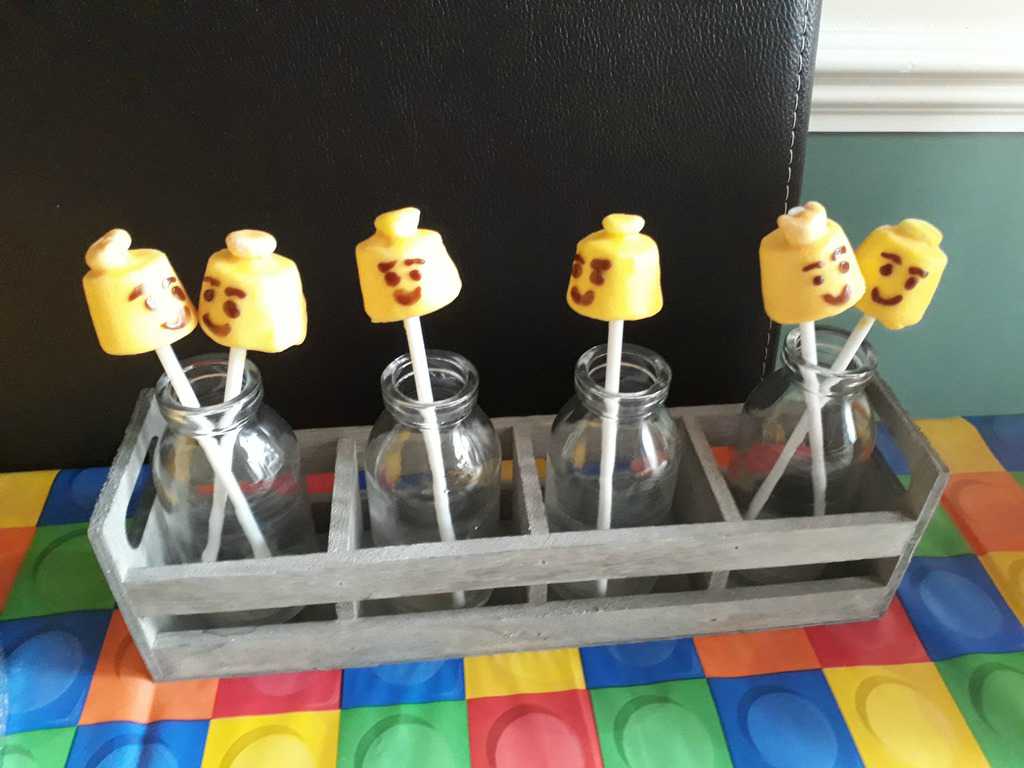 I loved these Lego cupcakes.  However after making two birthday cakes I didn’t have time to bake my own.  I bought the cupcakes from Sainsbury’s and added the Lego toppers. 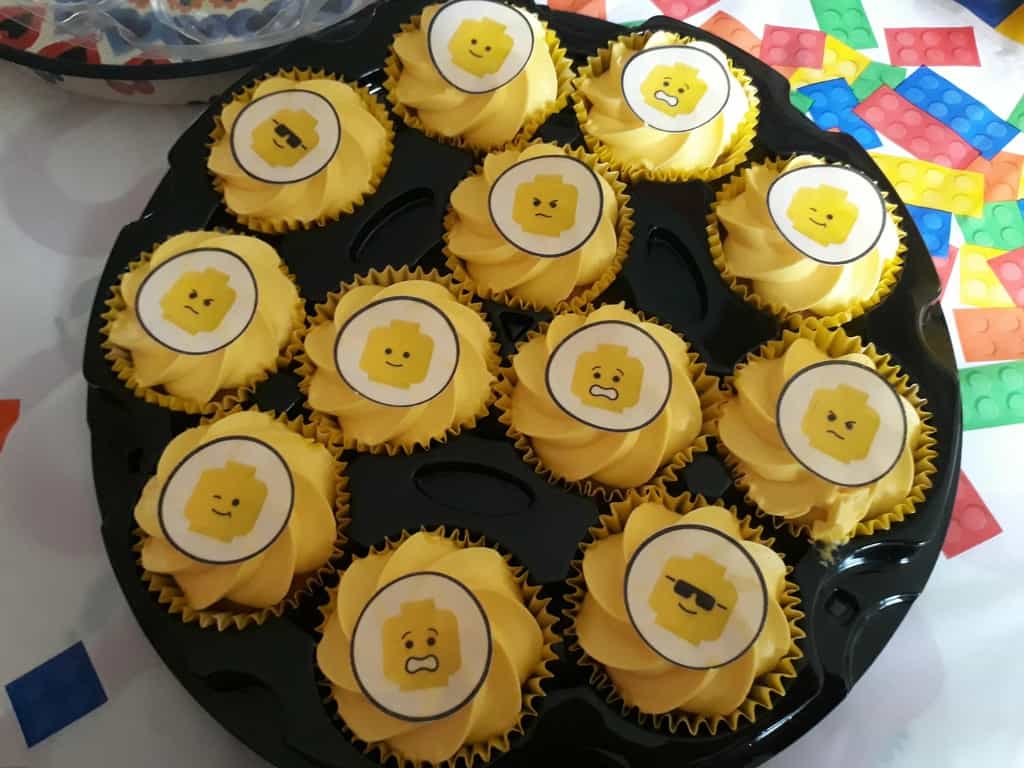 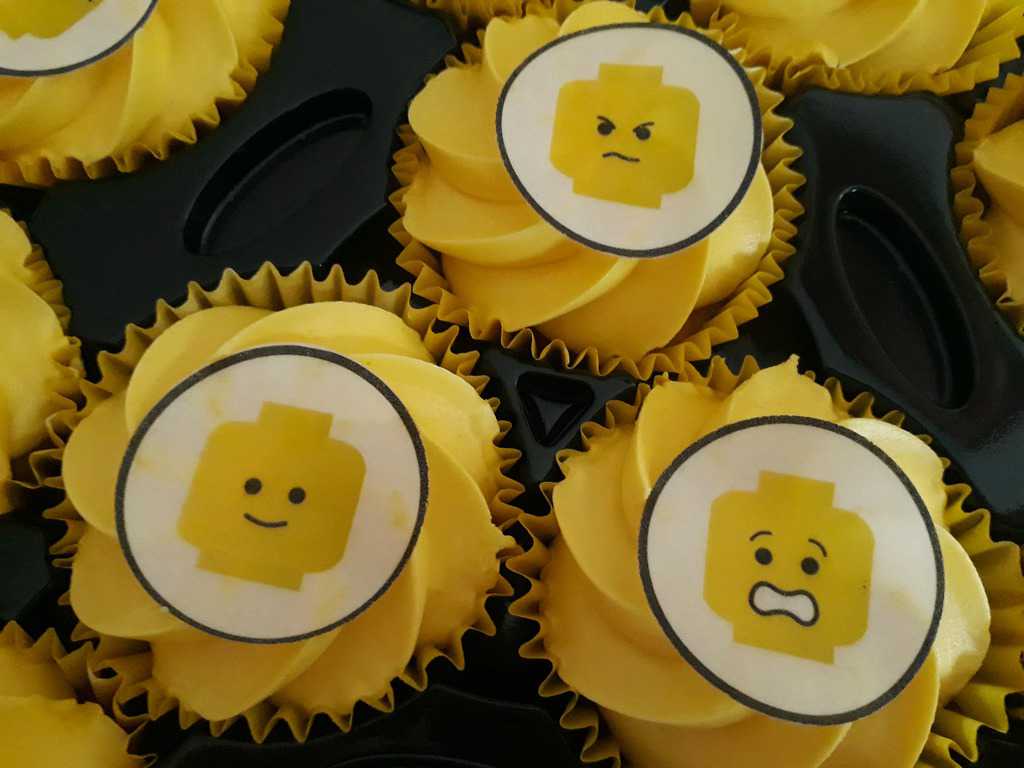 Big had his birthday party on the Friday and then family over on the Saturday so we made two cakes.  The cakes themselves were quite a straight forward shape.  The Lego head was 5 round sponge cakes with a bit of swiss roll on the top.  The brick was three square cakes with 4 oreos on the top.  The difficult bit was rolling out the icing so it was large enough to cover the cakes.  The husband and I are complete ametures at this and there may have been a few swear words uttered whilst we decorated the cakes!  They may not be perfect, but they were made with love.  And sweat and tears! 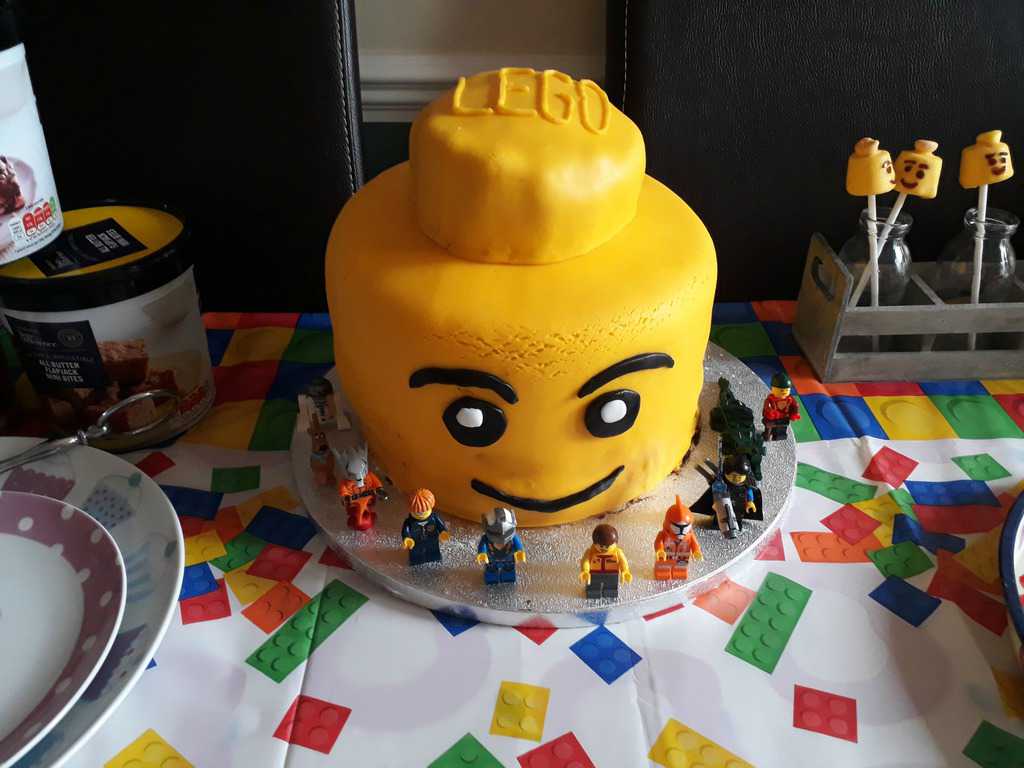 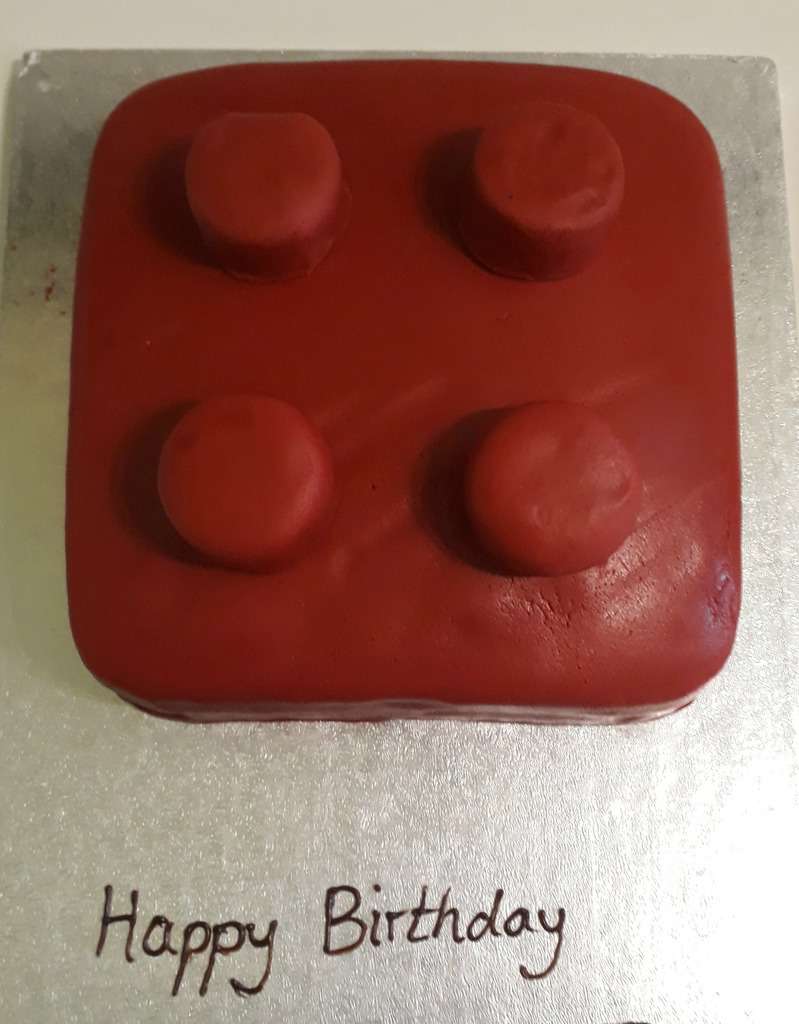 I have a separate post about creating great party bags.  Some Lego inspired ones were turning the bags into Lego simply by attaching circles of the same colour.  These looked really effective.

Ideas for inside the bags include Lego figures, Lego rubbers and Lego badges.

Once of the best investments I made a few years ago were these Lego moulds.  I use them so often to make chocolates.  You could use them for jelly, crayons and fondant too.  I highly recomend the moulds. 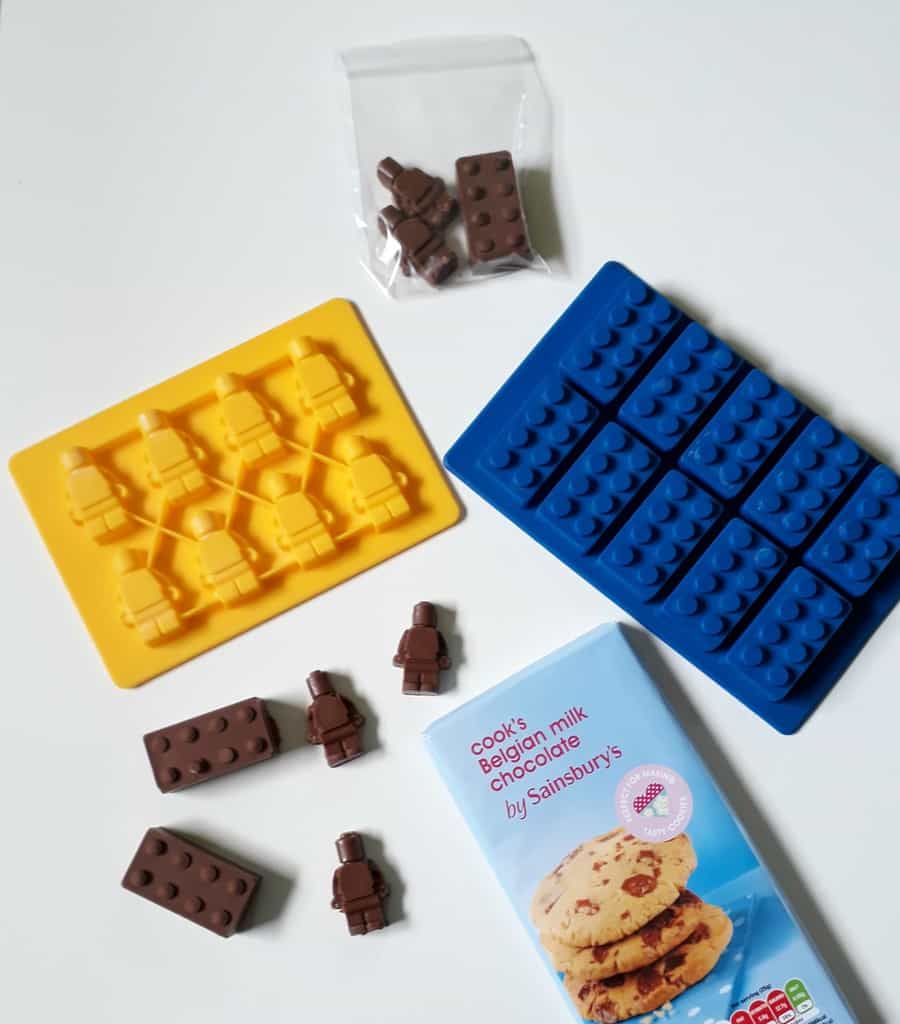 And finally, complete the party with some Lego stationery, whether it’s the invites or thank-you notes there are so many designs online to chose from. 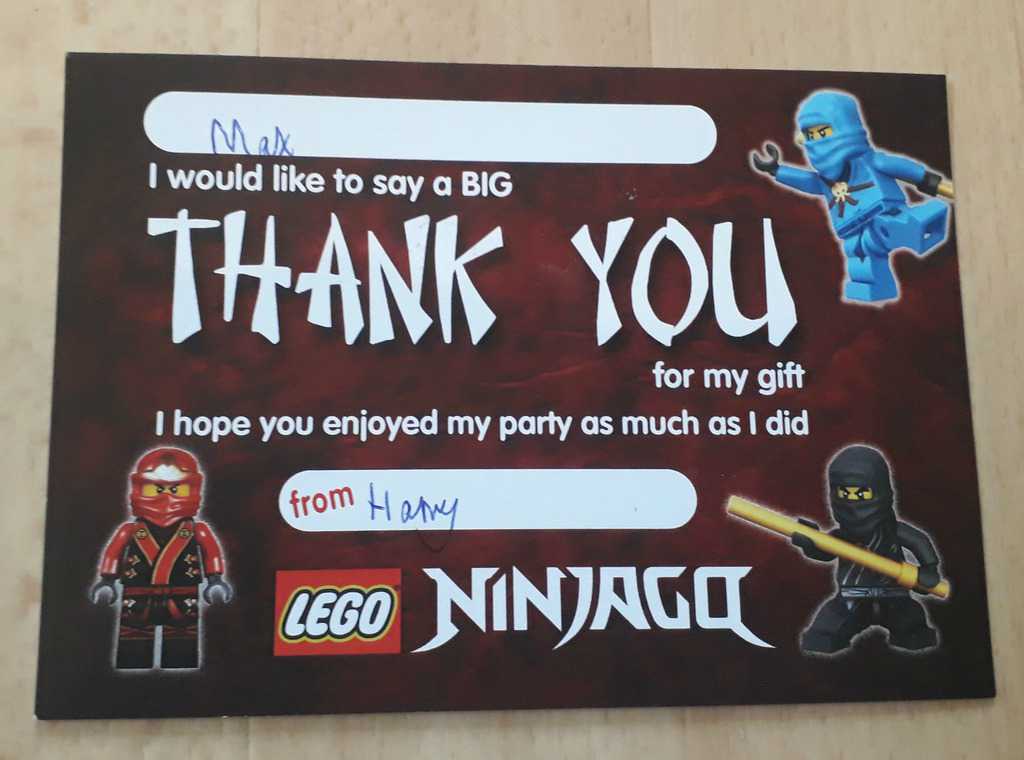 Whilst my Lego party ideas did not look as good as some of the original ideas I saw on Pinterest. It was all a great hit with the one that mattered… 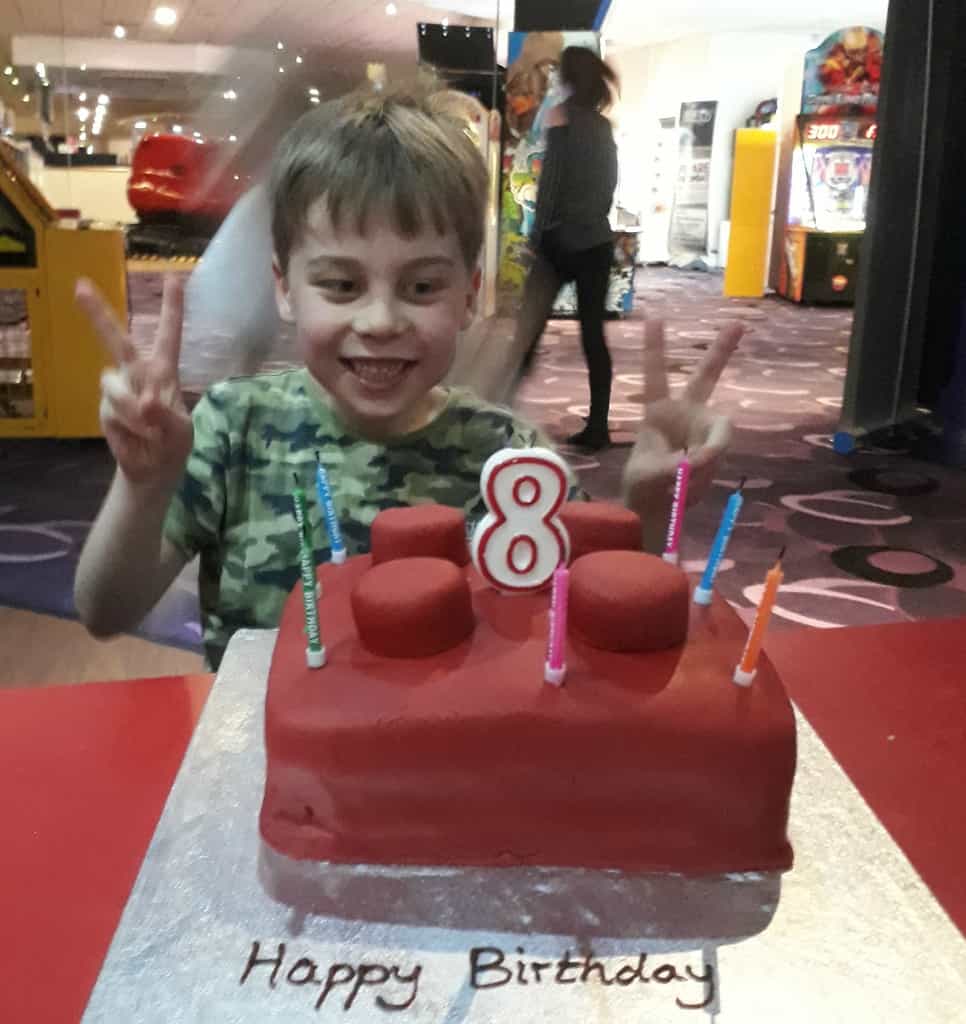 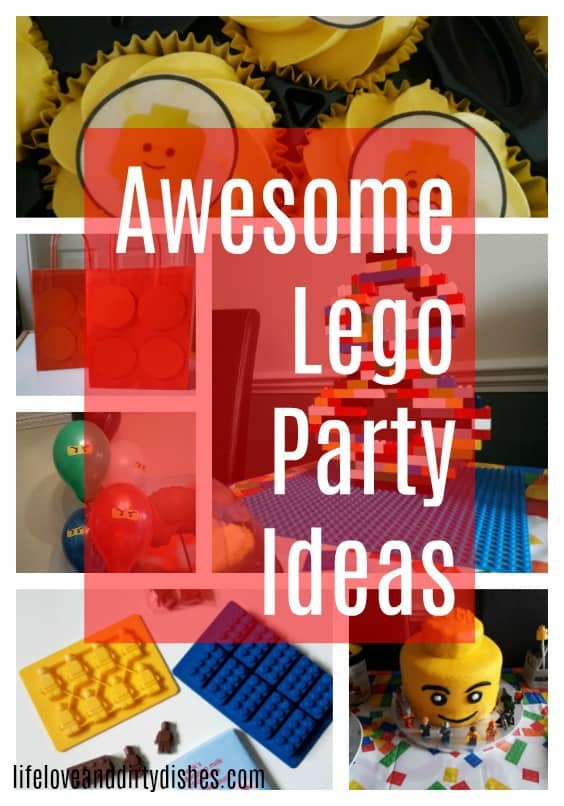 A few of my birthday gifts. "In a world full of Ka