The internet has to be one of the best inventions ever.  I never have to traipse round the supermarket with two kids who are trying to eat the shopping faster than I can load it into the trolley.  And I can google pictures of Gerard Butler anytime I want.  Awesome.

I can stalk celebs I like, find out what old friends are up to, and connect with people all over the world.  All from the comfort of my own home wearing my favourite pj’s, the ones with the hole in, without becoming a social outcast.


I love social media.  I love looking at people’s photo’s, reading funny and inspiring stories.  I love it when it uses it’s power for good, like re-uniting a child with a lost toy, and making important things like Stephen Sutton’s campaign for the Teenage Cancer Trust go viral.  I took part the Ice Bucket Challenge last year.  I also did the No Make-up Selfie.  We all like to be part of something bigger than ourselves and to feel like we can make a difference. Social media helps us do this.

There are slightly annoying aspects to social media.  We all have that friend who over shares. Then there are those annoying, share this to get good luck posts.  Really???  Or share this if you have a child who you love and means the world to you blah blah blah. Because if you don’t share a random picture that they will never see with people they don’t actually know, it implies that you don’t love your child?

The annoying elements aside, I love social media because it gives people a voice.  I use my own voice on social media.  I put myself out there with my blog.  Most of the time I try to be lighthearted.  My aim is to make people smile, not to cause offence.  But in putting myself out there I know I open myself up to criticism and judgement.  On the whole my experience has been positive.  I have found the blogging community to be friendly and supportive.  We share in each others success and our knowledge.

But there is a dark side of social media.  The times when it’s powers are used for bad. There will always be trolls.  People hiding behind their anonymity to bully others.  People who don’t look at the bigger picture and see the consequences for their actions.  There’s even the public trolls such as the delightful (please sense my sarcasm) Katie Hopkins.  But enough said about her.  I firmly believe in not adding anymore fuel to that fire, and I live in hope that if everyone joins together and simply ignores her, she will one day go away.

Sometimes social media can scare me.  It can show a nasty side of human nature.  It can bring out the worst in people.  I have seen two things this week on Facebook that made me feel sad.  They made me feel like humanity can be pretty crap.

First there was the response Beach Body Ready campaign from Protein World.  This in itself was a great thing.  A positive thing.  I personally think the backlash was deserved and I loved the inspirational message of body confidence, no matter what your size or shape. 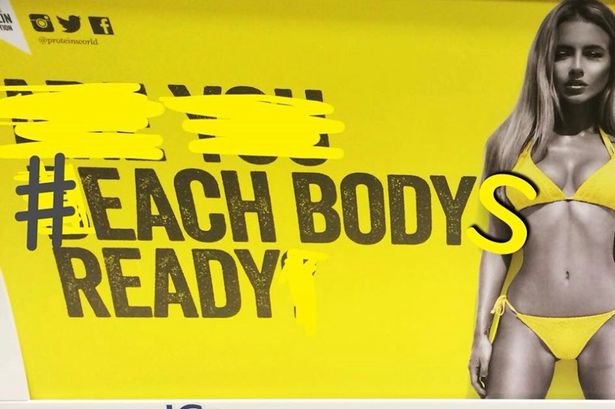 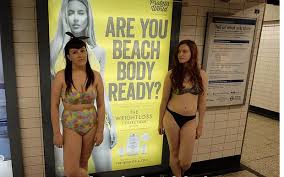 What saddened me, was the very same day a video was posted showing a drunk woman on a beach.  The guise was that it was a funny video.  It showed her unable to stand up and waves crashing over her.  Personally I did not find it funny, I thought she was going to drown.  But humour is a very subjective thing, so each to their own.  What offended me was the comments people had made.  And that too is the reason I am not sharing the video in this post.

Many comments centered around the woman’s appearance.  Derogatory terms such as “beached whale.”  One comment stating, “More disgusting than funny! No one that size should ever wear two piece.”  Others saying she had no place on a beach because of her size.  All feeling like they had a right to judge this woman for wearing a bikini on a beach. All thinking it is somehow okay to make cruel remarks about how someone looks.  All verbally assassinating a woman purely because of her appearance.  And it’s the hatred in those comments, the sheer venom in the tone.  The woman in that video is someone’s daughter, someones’s friend.  An actual person with real feelings.  Someone that looks in the mirror everyday and tries to feel good about herself.  Someone who has the same insecurities as you and me.

So we are outraged at the message you have to be slim to wear a bikini on the beach.  We angrily protest and claim that we are all body ready for the beach.  Yet as soon as a fuller figured individual ‘dares to bear’ she is shamed and ridiculed.  It’s hypocritical, it’s confusing, it’s damaging, and it’s horrible.  Everyone is of course entitled to an opinion, and we all have a right to express it, but it is not always necessary.  If your opinion is going to hurt someone and not be of any benefit, why express it?  I think the term “if you can’t say anything nice” applies here.

The second thing I saw was far more sinister.  A few people had shared a page that names and shames peodophiles.  I know the very term can illicit a strong emotional response.  The thought can make us feel sick.  But I found myself really confused by my response to the posts.  I was angry that these people walk free among us.  I felt the call to action.  Yet I was also offended by the post appearing on my timeline.

My first instinct was to preserve myself, to ignore it.  To bury my head in the sand and pretend those things don’t exist. There are places in your mind as a parent that you don’t go.  You ignore the ‘what if’s’ for fear that you never let your children out of your sight, or you end up sending yourself crazy.  The thoughts that enter my head, triggered by these posts, are stopped dead in their tracks.  I close my eyes, clamp my hands over my ears, and sing “la la la la” very loudly.  I would rather not be reminded on my Facebook news feed that there are really bad people in the world.  I would rather be sat in the safety of my home in my comfy PJ’s looking at those Gerard Butler pictures.

My second instinct was to protect my children.  I hovered over the share button, ready to rid the world of evil.  It would have been so easy.  And I understand the people who did share it. They are my friends, they are parents, they like me, and all of us, feel violated and threatened by such people.  I get why they clicked that button.

But then my third instinct kicked in, an instinct for the truth.  I do not know if what was said about the man in the picture was true.  Likewise I know nothing about the person who first shared the post on their page.  But I do know that actions have consequences.  And yes, maybe if that man was what it said he was, maybe he deserves every bad thing that comes his way.  But I don’t want to live in a world where I blindly accept things as truth and share hatred that can lead to vigilante action.  Our justice system isn’t perfect.  It fails people. Honest, good, and hard working people.  But I feel safer because it is there.  I would rather trust in the police force than trust in a mob mentality.  I don’t believe in taking justice into our own hands.  To quote another cliche, “two wrongs don’t make a right”.

The world my children live in now is vastly different to the one that I grew up in.  I haven’t seen it through a child’s eyes.  I haven’t been the set social media boundaries by my own parents, and lessons in internet safety, for me to pass down to my own children. I have a few years yet before it starts seeping into their lives.  Before the technology takes over the imaginative play.  Before I can no longer protect them from the things I don’t want them to see.  Before I have to trust that bringing them up to be respectful to people they meet, will translate to the virtual world they will enter.

There are days when I don’t know how we actually coped without Facebook and Twitter. How did we fill our time?!  But days like today it feels like life was much simpler without them.  I guess social media is a bit like the nursery rhyme my mum used to sing to me when I was little…

“When she was good, she was very very good, but when she was bad she was horrid.” 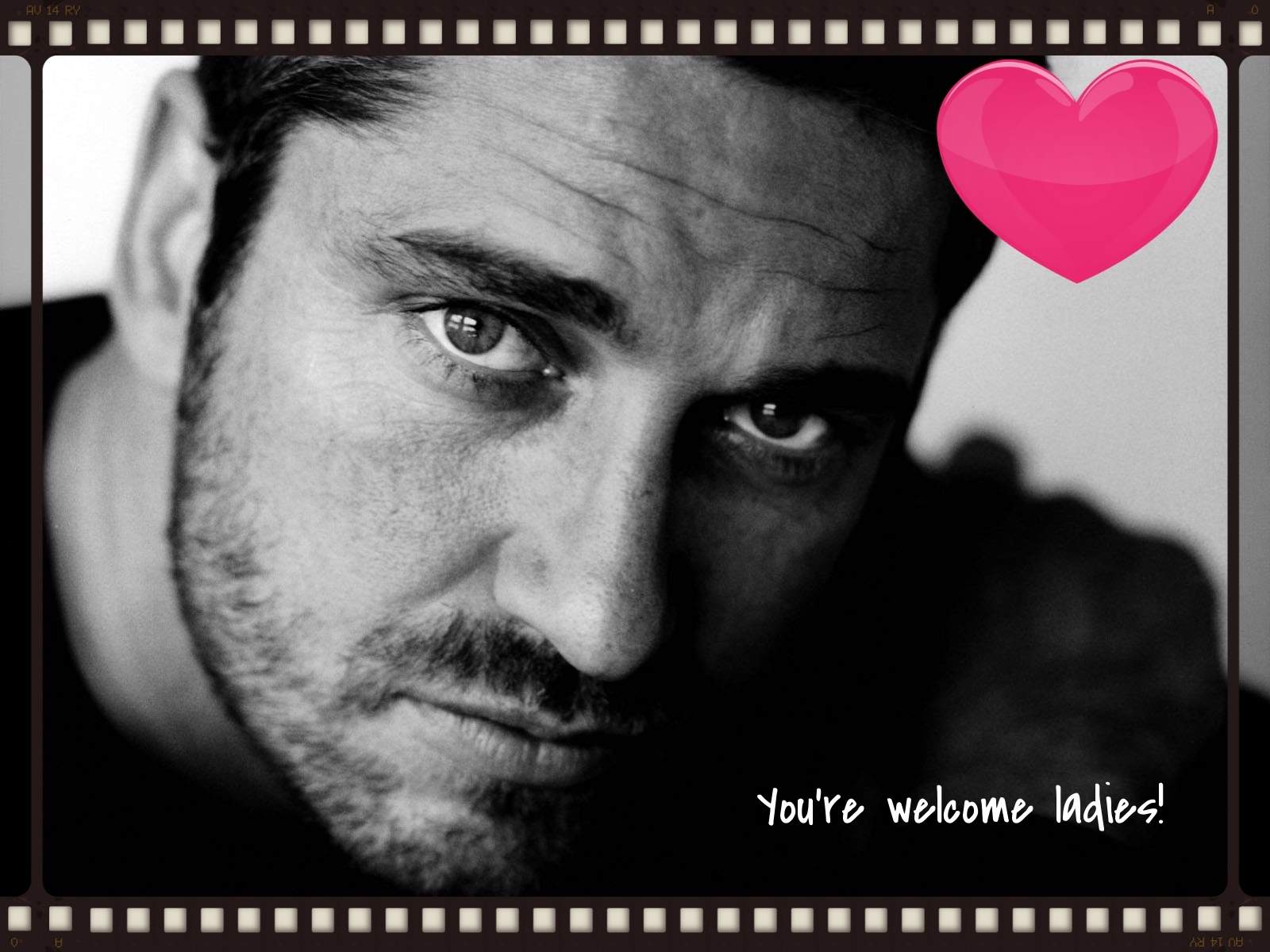 12 Comments on Social Media: The Dark Side