A few months ago I got involved in the #aminumber5 campaign through Wear White Again, and  I wrote a post about period problems to highlight the 1 in 5 women who suffer from very heavy periods.  I was one of those women.

I have suffered from incredibly heavy periods since my periods began when I was just eleven years old.  The only relief I have had was two pregnancies and the subsequent bleeding after birth, which was nothing compared to my normal periods.

I have been to see various doctors none of whom took me seriously.  The Mirena coil was discussed as an option, but the doctor spent more time telling me why I shouldn’t have it and really put me off the idea.  Thanks to the amazing response I had from my post and your comments I felt encouraged and brave enough to go back to the doctors.

To cut a long story short I saw the first doctor in twenty eight years who took me seriously.  Seriously enough to send me for scans and discuss my options.  The outcome was that I had the Mirena coil fitted in December.

I was really nervous as googling anything you tend to get a lot of bad stories, but I hope this post will help anyone considering getting the Mirena coil.  Of course this is just my experience and everyone is different, but here are 8 things that happened to me with the Mirena coil. 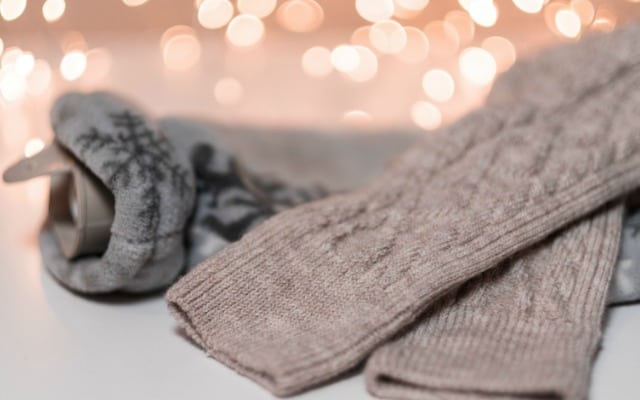 I can’t write a post about the Mirena coil without mentioning having it fitted.  Although fitted makes it sound like dress alterations.  I googled ‘does having the Mirena coil hurt’ before I went and found various forums with people saying either, “No, I didn’t feel a thing” to “Yes.  It really hurts.”  I fell into the latter camp.  Holy mother of crap did it hurt.  It was worse than childbirth.  I cried and threw up in the car park afterwards.  For twenty-four hours after I could barely walk.  I took to the fetal position with my hot water bottle and stayed there.

My advice is take parecetamol beforehand, make sure you have someone to help with the kids after, maybe don’t drive yourself to the appointment, and hold the nurses hand really tight.

I am not using the Mirena coil for contraception.  I purely wanted it to make my periods lighter.  In a clinical trial of Mirena in women with heavy periods, the majority had an 80% reduction in bleeding as early as 3 months and a 90% reduction at 6 months.  I noticed a change immediately.  My periods gradually got lighter each month, and 6 months in they are continuing to do so.  They are now significantly lighter and completely manageable, unlike before.  For the first few months I had a bit of spotting and although my periods were lighter they lasted longer, but this as now settled down.

3 Changing The products I use

For years I have used heavy duty sanitary towels through necessity.  Often wearing two at a time.  For the first time I am able to consider and try other options.  Including more natural and environmentally friendly options such as moon cups, reusable pads and period pants. I think period pants are a great option when you have to use public bathrooms a lot, and companies such as Knixteen are developing ranges specifically for tweens and teenagers.  Imagine not having to go through the ritual humiliation of the boys at school emptying your bag and your sanitary stuff spilling everywhere, or shoving Tampons up your sleeve so you can go to the toilet without taking your bag with you, and advertising the fact that you are on your period.

A few months after having the coil fitted I experienced a really low mood for about two and a half weeks.  I felt disengaged from everything and really not myself.  It was a huge effort to get out of bed each morning and face the day.  I had no idea what was happening to me.  I began to worry that I had depression.  It then occurred to me that maybe it was my hormoes adjusting to the merina coil.  I cannot prove that this was the case, but knowing that’s what it could be eased my worrying.  I set myself a time frame for my mood to improve and if it didn’t I would go back to the doctors.  Fortunately it did without me doing anything, so I can only put it down to chaging hormones.

Apart from the few weeks mentioned above my general PMT has really improved.  I still get a bit teary and a bit angry, but nowhere near to the extremes that I was.  I feel calmer and more in control.  Before I couldn’t stand to be around anyone in the days before I came on, not even myself!  Even The Husband has noticed and commented on the fact that I am more stable and a lot less volatile.

I still have cramping but the severity and frequency has reduced a lot.  I haven’t curled up with a hot water bottle and cried since having it fitted.  That used to be a monthly occurrence.  I now get a headache for two days when I first get my period, but it’s manageable with paracetamol.

Before having the Mirena coil I would through away a minimum of three pairs of underwear every month due to leakage and sanitary towels that just couldn’t cope with the flow.  Since having the Mirena coil I have thrown away about 20 pairs of underwear.  The really-old-should-never-leave-the-house-in-case-you-have-an accident kind, because I no longer need them!  I have more room in my underwear drawer for nice pretty knickers and my trusted Bridget Jones pants.

It’s safe to say that having the Mirena coil fitted has completely changed my life for the better.  My periods are no longer a debilitating thing that I dread each month.  I can do the school run without being paranoid that I have leaked through my clothes.  Walk from the toilet to the shower without having to clean the floor after.  I can say yes to social invites because I no longer have to worry about making a mess in other people’s bathrooms.

In fact I spent my husbands birthday traipsing around a golf course after him (the things you do for love) whilst having my period.  I could never have done that before because I couldn’t risk being that far away from a toilet.  Having the Mirena coil fitted was a complete game changer for me.  Something I now wish I had done years ago.  I can definitely wear white again.

Heavy periods need to be taken more seriously.  Not only did your response to my period problem post encourage me to get things sorted, it also made me realise how many of us are fobbed off by doctors who do not take period problems seriously.  From the very first doctor that my Mum took me to see who told me “it’s just something women have to put up with” (yes, he was a man) my experience has always been negative when talking to doctors about this.  Things need to change.

I appreciate this post may be a little too much information for some, but if you have stumbled across this post be searching for answers in google, like I was, I hope it helps you.

Check out my latest posts..