This weeks guest post comes from Lucy who blogs at This Mum’s Life.  I fell in love with Lucy’s blog from the first post I read, so I am thrilled that she is taking part in the Rookie Mistakes series.  Lucy’s story is all about one of those ‘fun’ family days out, you know the kind where you spend all day wearing a forced smile, gritted teeth and forcing ‘fun’ on everyone… 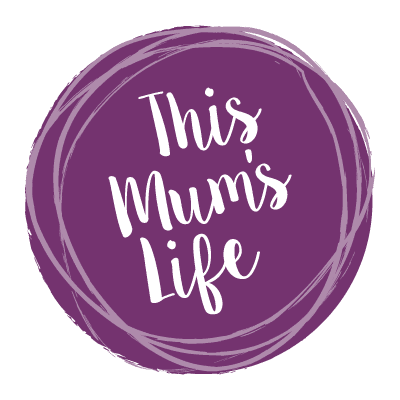 Mr W had a day off, the sun was said to be shining gloriously over Southampton for the entire day, so we decided we would confirm our status as The Worlds Best Parents, while simultaneously setting a fearless test for the limits of our sanity, by taking the children to the Mecca for all fans of the pink, red dress sporting puddle jumper-Peppa Pig World. I thought we’d made a dubious start, when the familiar chime of ‘are we there yet?’ was uttered by the oldest child, 30 seconds in, before we had even reached the end of our road… However, despite still having 1 hour, 39 minutes and 30 seconds of the journey left, it all went smoothly, with no traffic jams, and instead of the presumed 5.2 billion times I then anticipated he would ask that question again, he only asked about 50. Result! 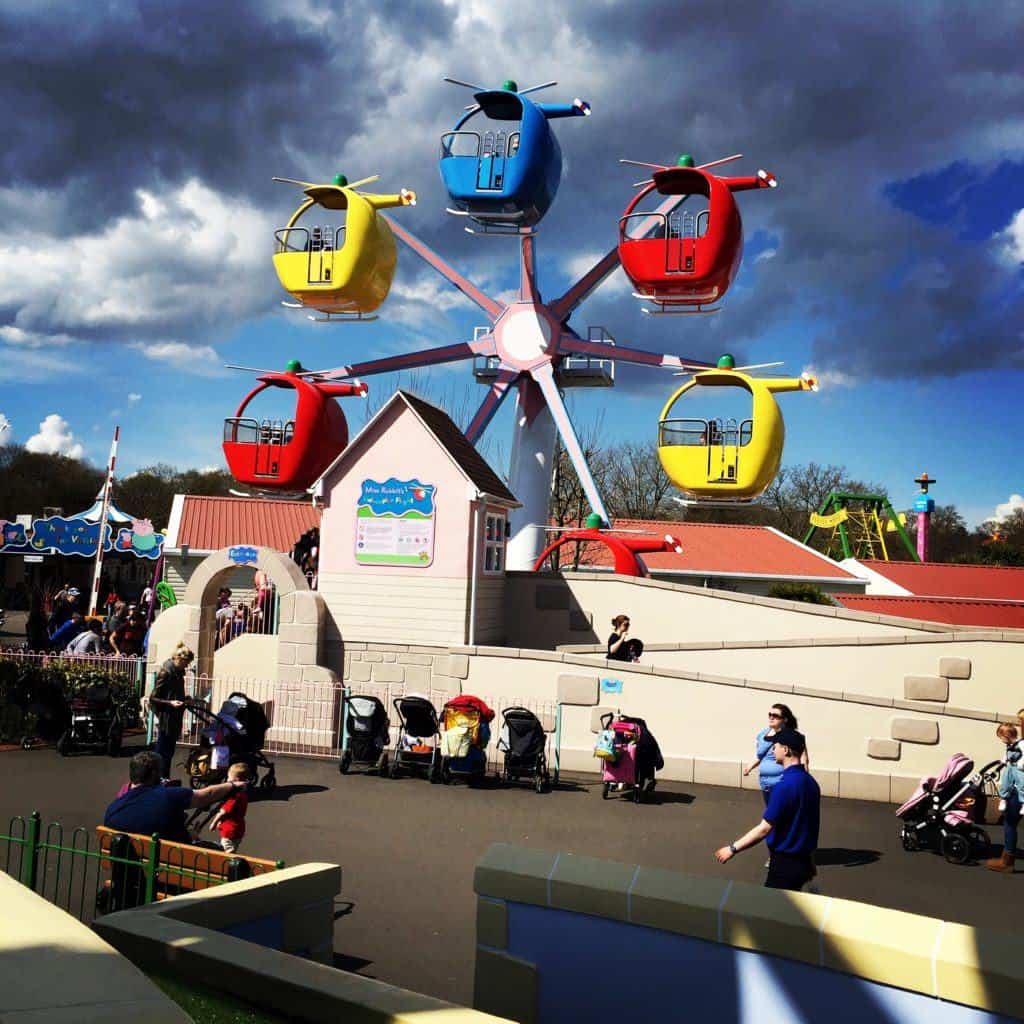 Shortly after we’d parked, and released the children from their car seats (who were waiting like greyhounds to be released from their boxes,) I realised my first rookie mistake: I had trusted my husband when he said he’d ‘loaded all the essentials in to the car.’ Yes, I can hear the collective groan gathering speed, of course you never entrust a man with this potentially day destroying job. He had not packed the pushchair. Not just forgotten it, but made a conscious choice not to bring it, and not discuss this with me, as he thought we ‘didn’t need it.’ With a 2 year old who still takes a mammoth nap in the middle of the day, and a three year old who can abruptly decide walking is no longer for him at that precise moment, and plank on the floor until an appropriate method of transportation can be found for his questionably tired limbs, of course we needed a sodding pushchair. I struggled with my next course of action. Did I…

a) Unleash the stream of expletives, bursting to flow from my mouth like projectile vomit, thus purging myself of the fiery rage burning through my entire body.

b) Tell him he’d ruined the entire day, and demand to go home.

c) Hold back my rage, but passively aggressively ignore him for the rest of the day

d) Take it on the chin-its all my fault anyway for trusting a man to do a job properly.

I settled on calling him a knob (which I thought showed admirable restraint,) and went marching forth towards the gates of hell desperately making mental notes of what my next move would be. As luck would (kind of) have it, it turns out Peppa Pig World do pushchair hire! But alas, due to the high risk nature of the pushchairs usual kicking/screaming/body fluid leaking occupants, they appeared to be made from NASA grade impenetrable material, and were about as comfortable for my nap attempting child, as trying to get comfortable on a bed of nails. So all it was good for was carting around the multitude of shit essentials required for two little ones, but the nap was not happening. I was still therefore able to smugly justify calling my husband a knob, and force him to deal with the monumental meltdown that occurred because the little one didn’t have his favourite five star royal chariot to nap in.

Not long after we sorted pushchairgate out, I was overcome with an urge to pee. I left my husband trying to keep an eye on both boys as they each tore in different directions in the softplay, found the toilets, and got in the queue. Here, I made my second rookie mistake of the day: Trusting that a public toilet at a busy destination, would have an adequate stock of toilet roll. I scuttled in when one became free, sat down, looked left, and realised there was no toilet roll. Again, I quickly weighed up my options. Do I…

a) Walk straight back out, get back in the queue, and spend the next goodness knows how long being in charge of telling whoever went near that toilet saying ‘there’s no loo roll in that one.’

b) Frantically scrabble around in my bag looking for some tissue/a receipt/something that could double as loo roll.

c) Twerk over the toilet in a bid to drip dry

d) Not pee in this toilet at all, calmly walk out and wash my hands, pretending I had, then dash to the next available block of toilets and make sure I definitely found a toilet this time, that had the necessary roll.

I did ‘b’, and realised that as I’m the worlds most unprepared mother, of course I didn’t have a tissue, I never carry tissue. I also didn’t have a receipt big enough. That would then make ‘a’ look weird-I’d been in there too long now, too long to walk out and now say there was no loo roll in there. Everyone would smile and nod politely, but they’re British, and I know they’d find it weird. I settled on twerking (don’t judge me,) as I ran out of time to do ‘d,’ and my pelvic floor didn’t have a time allowance for this. So after twerking for a bit (yea, it did nothing,) I rushed out, trying not to walk like I had pee’d myself, and hoping I wouldn’t smell like pee for the rest of the day.

We spent a couple of hours successfully getting on the rides, and then treated the boys to an ice cream break. A slightly ominous cloud appeared overhead, and settled itself directly above Peppa Pig World. But of course, the weather app had said it was going to be glorious all day, hadn’t it! There was nothing to worry about! There you have final rookie mistake of the day: Never trust a weather app. I knew this, our weather app had once said it would rain all day on our wedding day, and after countless moments of anguish, these anxieties turned out to be pointless, as it was sunny all day. I’d fallen victim to wanting to believe the app, because I wanted a lovely day, all day, for our trip. Of course, the heavens opened, and within minutes, Peppa Pig world was just one big muddy frigging puddle. I’d broken every single rule of going out in the British weather…

a) If you think it’s going to be summery, take thick sweaters, just in case of a sudden chill.

b) Also take full wet weather gear, as if expecting a tsunami

c) Also take full ski gear, on the off chance it may snow

d) The above must all be taken with you at every outing, no matter what time of year, or what the weather app says. If you don’t know this, you are stupid, and shouldn’t be allowed to call yourself British.

Of course, I had none of the above (couldn’t blame my husband, totally on me this one,) so with ruined ballet flats, soaked to the skin summery clothes, and a NASA grade impenetrable buggy that actually had no rain cover, and couldn’t actually protect our stuff from the rain, we gave up and went home. There’s loads of lessons in there people! This is basically a what not to do guide when visiting anywhere, not just Peppa Pig World! 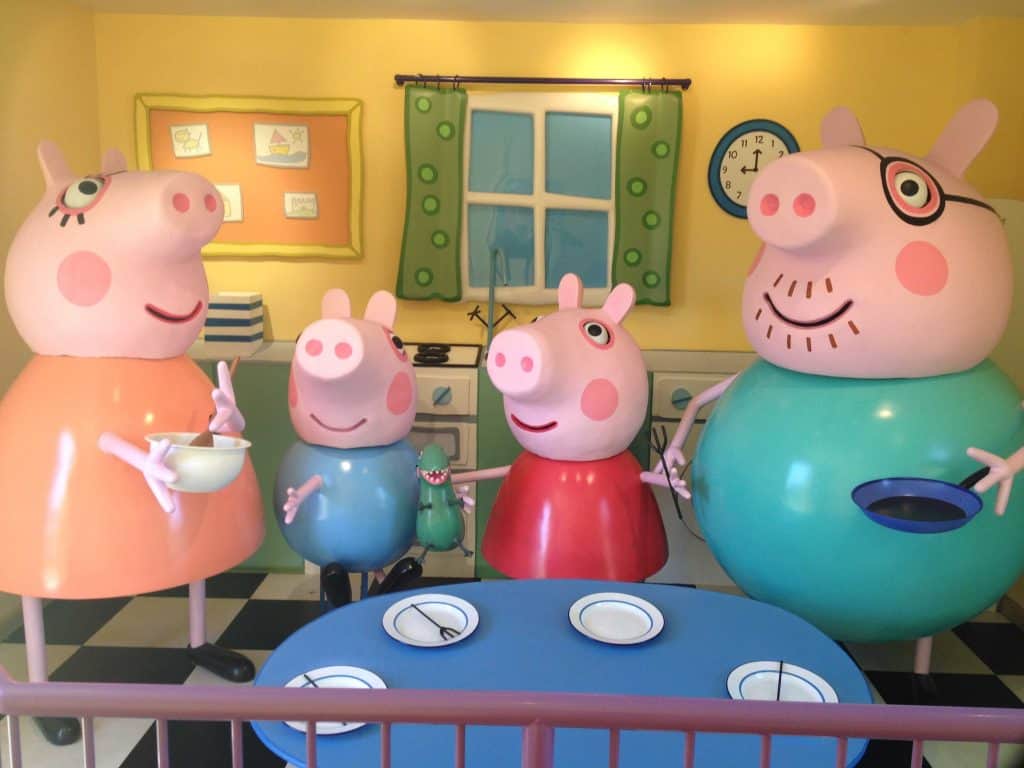 I’m Lucy, a former nurse, now a full time cleaner/referee/PA/social and events planner/bum wiper/love giver to a 3 year old Deep Thinker, and a 2 year old Mini Assassin. I’ve been blogging about things that amuse and bemuse me on my blog, This Mum’s Life, while I figure out my new role in life, and if I’ll ever work out what I’m doing. When I’m not blogging, I watch Netflix and drink wine, and wonder what the hell just happened to my life and my figure…

What disasters have you had on fun family days out? 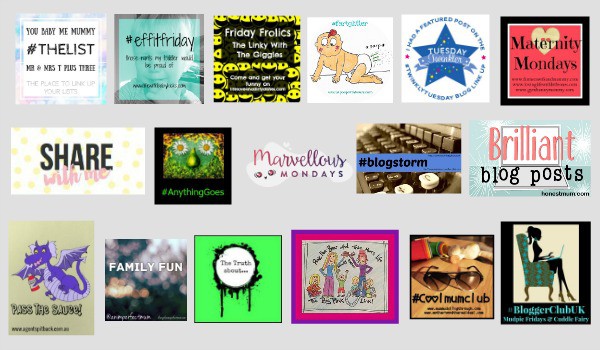