Some Rookie Mistakes are unforgettable and we beat ourselves up for ages over.  The problem with our parenting instincts is that they are not always right.  This weeks rookie Mistake is from Sam who blogs at Mouse, Moo & Me Too.  Sam’s story is one I can relate too having had a horrible experience in hospital with my eldest.  Thanks for sharing your story Sam. 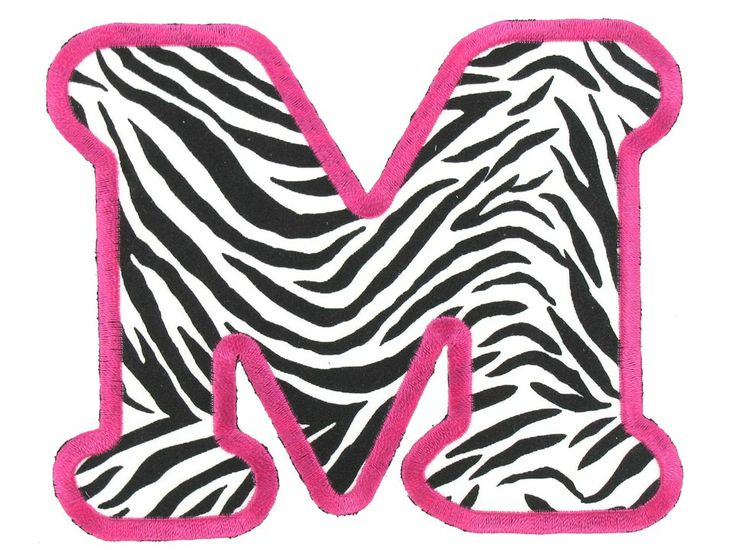 Moo, thank Christ, has lived out her first three months pretty much injury free. She hasn’t even done the pre-requisite ninja roll off the changing table yet, which I’m taking as a testament to my great parenting (a questionable statement, as you’ll soon learn).

Mouse, on the other hand…that child has encountered more calamitous incidents than me and her father put together. Her latest badge of honour is a sizeable graze on her elbow from pissing about in the garden wearing flip flops on the wrong feet. It blends in nicely with the receding scab borne from a pretty savage slide at soft play.

The day she turned two, we went to Legoland. We set off early, sang in the car, were met with no queues at the ticket desk, and drank surprisingly ok coffee as a sort of pre-party tonic. Now, Mouse has always been a bugger for wanting to be carried. I’ve always been a bugger for wearing silly shoes, to make my legs look slimmer in case I meet Hugh Jackman. Legoland, it transpires, are buggers for keeping their hard landscaping beautifully smooth underfoot. You can see where this is going, and Hugh Jackman sadly doesn’t feature.

“It’s her birthday today,” I sob to the triage nurse at A&E, a few hours later. “I was trying to protect her head!” The nurse tries to placate me with a 1-ply tissue. “We’ll get her seen as quickly as possible, children are dealt with as a priority.” Of course Mouse has broken her leg, or more specifically, I have broken her leg. She avoids plaster because of the location and type of break, and we feel we’ve all been bloody lucky, all things considered. A fortnight in tubigrip, and job’s a good ‘un. Silly mummy, silly shoes, won’t be going there again, hahaha.

Except four weeks later, she falls backwards down the stairs. On my watch. Unable to tolerate her dithering, I’d squeezed past her near the top landing to try and claw back 10 seconds of my evening and get her PJ’s ready. I hear the missed footing and turn around to see her grasping for anything solid as she tumbles all the way down the stairs. She lands in a skewed crumpled heap. Fuck. The only saving grace is that she didn’t whack her head, and I can’t see any blood or right angled limbs that shouldn’t be so. “Show mummy where it hurts. Does it hurt when I touch it here? What about this? Or this?”

“I just want to go to BED mummy!” Mouse whimpers. Well, OK. Milk, story, cuddles, we’ll check her through the night and assess in the morning. Morning arrives, and aside from not wanting to weight bear on her left leg, she seems fine. We commit the most stupid of all parental acts – we self assess our two year old child with a little help from Google and no help from a medical professional. We wash the tubigrip from Breakage Number One and gently massage her legs. Days pass. Mouse is cheerful, sleeping well, eating like a horse. She goes to nursery, she goes on a day trip with grandparents. She limps, she chooses to sit down a lot, we nervously assume she’s fine and is merely a bit traumatised from the first break, hence her reluctance to walk. Then a week passes. “I don’t think this is right.” says my husband. “I’m going to take her to A&E”. I witter on about it being a Saturday and how we’ll have to wait for ages, but I concur it’s probably a good idea. I had planned to meet a friend for lunch so we agree that I’ll press on and he’ll phone me with a status update. The call comes before I get on the train. “She’s broken the other leg in two places. She’s in cast. They need to investigate because of the delayed presentation. They want to keep her in.”

“Shit. Why do they want to keep her in?”

“Because they need to be sure her home environment is safe. That we are safe.”

I have never felt like more of a dickhead than in that moment. What the hell were we thinking, not taking her to see a doctor? Sending her off to nursery in tubigrip and a Cheerios chaser of Calpol?

I caught a taxi to the hospital. Too embarrassed and ashamed to tell the jolly, inquisitive driver why I was going there, I lied and said I was visiting a friend. When I arrived, a doctor had called for Mouse to be stripped to her nappy so that she could be visually examined for, I presume, signs of neglect or abuse. “She’s got quite a deep scratch on her nose.” said the doctor. “She sucks her thumb and rubs her nose with her index finger…” I stammered in response. Right on cue, Mouse stuck her thumb in her mouth. I wrote her out a mental IOU for a massive ice cream. We would have to wait for the social worker to come and see Mouse, we were told, and have a little chat with us. I headed off to phone my in-laws and pick Mouse up a snack. When I returned, Colin was at her bedside – a great, booming man who in my memory bank is a cross between Al Murray and Rab C Nesbitt. Suddenly, I felt acutely aware that my husband and I were being watched, judged, based on our interaction with our child. Sensing that some pretty bad shit could go down, I played my trump card.

“Look!!! Look at this Peppa magazine I just got you from Smiths! You love Peppa! In moderation of course. You mainly love fresh air and steamed cabbage.” I’m met with a vacant stare. Don’t fucking fail me now Peppa, not in front of Colin. I rummage in the carrier bag for a YoYo fruit roll. Bingo, life appears in the eyes and Mouse sits up, regarding me like I’m straight out of Little Mix. “Thanks Mummy. You want half of one? Daddy, you want the other half? Oh good, it’s purple ones.”

“Ah, grand,” chuckles Colin. “To be honest, I can see she’s a very contended little girl. I think you both made a bad judgement based on your other recent experience, but I’m not concerned over her welfare.” I daren’t look for too long at my husband in case Colin sees and mistakes it for corroboration. I urge our invisible marriage telepathy to transmit the message to him that Social Services don’t think we’re bad parents and we are really, REALLY bloody lucky. “I just need to check in and file some paperwork with my boss, but I don’t see any reason to assess her further. You can take her home once I’ve sorted the discharge report with the doctor.”

Mouse goes on to make a full recovery and takes the whole thing in her stride – no pun intended – like an absolute badass. As a treat when her cast is removed, I take her to Brantano (times is hard) to get her feet measured for some new shoes. Her feet have grown precisely 0mm, as all growth seems to have been propelled into her leg hair, which is worse than mine on an off week. We settle on some Frozen shit from the discounted sandals section and chalk it all up as another funny story for her later years. 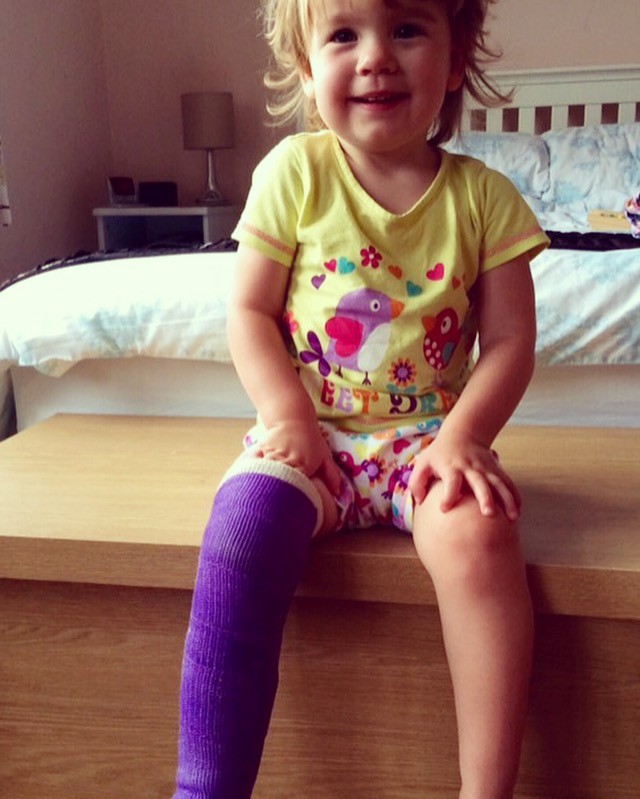 Seriously, stand behind your kids as they run up the stairs naked. And if the soles of your shoes are slippery, scuff those bad boys up and bestow toddler carrying duty onto someone else. Or wear trainers – Hugh Jackman will respect you for it. 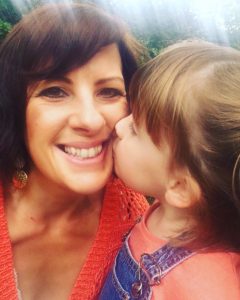 Hello! I’m Sam, aka the “Me Too” element of Mouse, Moo & Me Too. I live in Southampton with my husband and my two daughters, Mouse (aged 3) and Moo (aged 5 months). Since having Moo, I’ve found that I’ve got a constant carousel of prattle going around in my brain, little anecdotes and semi-witty musings that I thought people might enjoy reading. So far, so good – I love my blog and the world that it has opened up. The only thing missing is some lucrative product tester / quality assurance work for a chocolate company (any will do), but it’s always important to have goals, right?

My little lockdown project. I decided this corner

This is a throwback of Big with my Dad. "Gramps".

I did it. A whole year. I know giving up alcohol

Sometimes all this is really really shit. Other ti

"one more than. Just one more. Add on one. What's