This weeks Rookie Mistake guest post comes from Fionnuala who blogs at Three Sons Later, or rather it comes from her eldest son who told her all the parenting mistakes she was making.  I think I am guilty of a few from this list.  Must try harder!

Bio: Three Sons Later is about family life and all that goes with it – from cookery to crafts, hobbies to holidays, games to occasional giveaways – as lived by Fionnuala, her husband The Bavarian and their three young sons. Fionnuala can also be found at http://www.mykitchennotebook.blogspot.com where she blogs about great food and growing her own produce.

“Grown ups don’t have as much Fantasie [German for imagination] as children do, Mammy”

“That’s right love. Did you learn that at school today?”

“No, I just know it. Like if there is a cardboard box you say “Don’t play with that. It is junk” but we can make marvellous things from it”.

This conversation took place at the kitchen table the other evening with Number One. As we chatted, he and Number Two were getting their own homemade ice pops ready for the freezer. Red grape juice with strawberry Tic Tacs and fresh raspberries in them, not a combination an adult would come up with too easily. Case in point. Adults lack imagination.

Recognising the truth in what Number One had just said, I asked him for his opinion on what adults should do to become better parents. At that he turned a little bit shy, but went on to list the following points over the course of the next hour or so.

1. “Grown ups shouldn’t use their phones so much because the children want to play catch or something and the grown ups just want to make phone calls”.

2. “Grown ups shouldn’t make food that they made one time before and the children said they didn’t like”.

3. “Children should get treats after anstrengende [German for strenuous] things like school or Kindergarten and they should be given cool drinks after sport”. (Apparently the drinks I give them are not good enough because they are room temperature).

4. “Grown ups shouldn’t say bold words and the children learn that and think it is the way to treat people”. (I am the guilty party here. Bad drivers are the cause. The Bavarian manages to keep his cool and not swear when the children are around).

5. “Do fun things. Fun for the children. Not always things that grown ups like”. (Ehem! Our trip to Playmobil Fun Park, our canoe trips, our upcoming camping trip? Not fun? Hmm).

6. “Don’t get cross with children if they just want to…em..if they ask for something that the grown ups don’t want to do.  Like if the grown ups want to read the paper and the children ask them to play with them”. (For “ask” here read “nag and whinge and not stop till they annoy the grown up so much that they snap”).

So there you have it. Six simple steps to being a good parent. Do let me know how you get on, should you chose to follow them all. As for me, I am working on implementing points 1, 4 and 6. Point 3 was put into action straight after school the following day when the boys were allowed eat their homemade ice pops after school and Kindergarten. 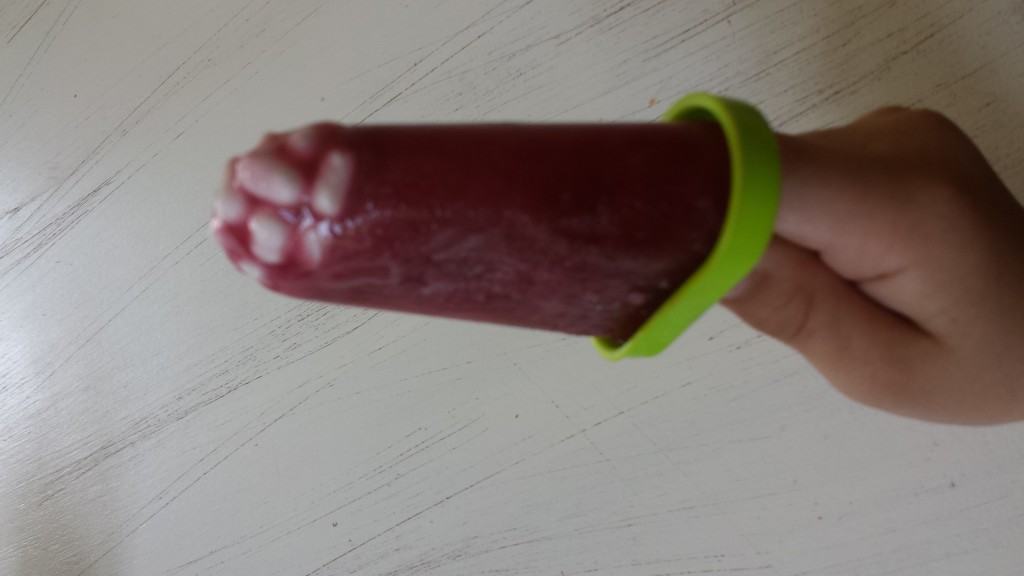 Would you be brave enough to ask your small people what mistakes you were making?