Getting My Wimbledon On!

The Great British Tennis Weekend is Saturday 16th – Sunday 17th July and offers the chance for you and your family to try some free tennis sessions at your local tennis club. 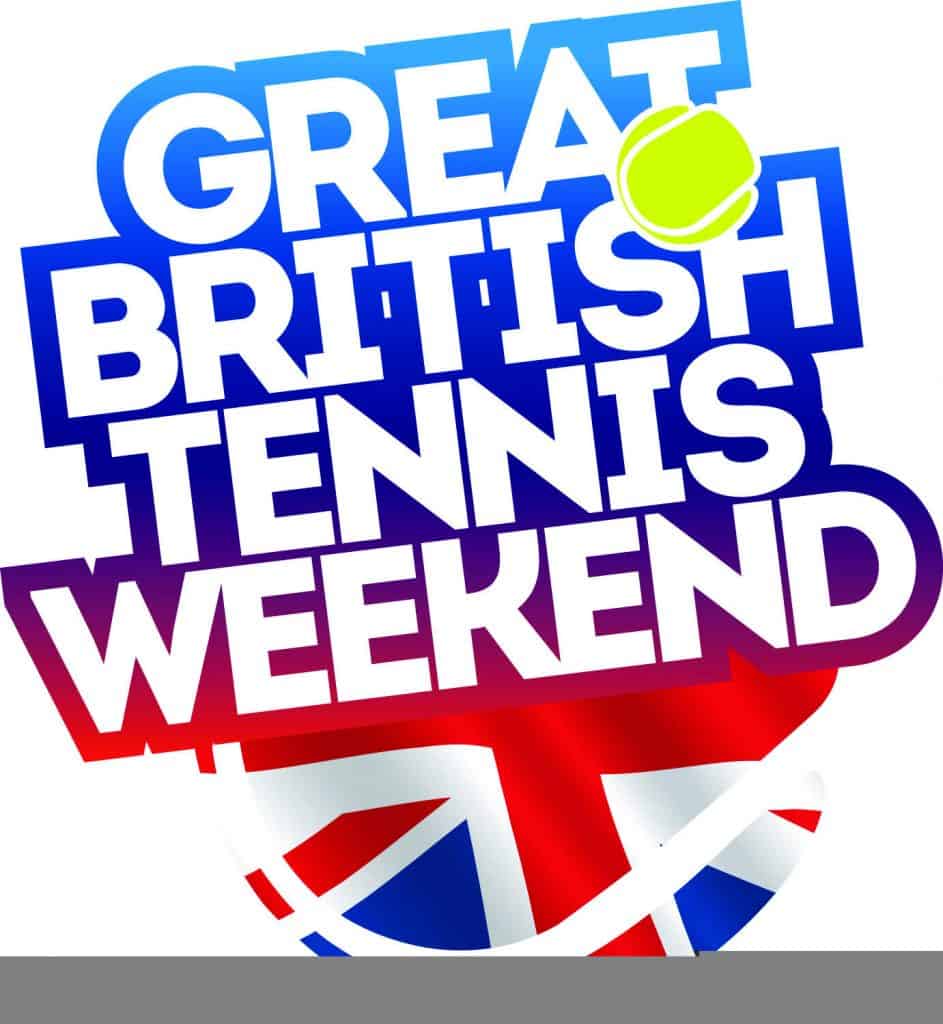 I’m not normally one to talk about sport.  You’re far more likely to find me watching Gilmore Girls than the Grand Prix, and I wasn’t really bothered when Iceland beat England in the Euros this week.  But for two weeks of every year I become obsessed with tennis and all things Wimbledon.

My mum loves the tennis so that is what started my interest.  My earliest memory of Wimbledon is John ‘You Cannot Be Serious’ McEnroe.  But it was around 6 years of age when my Mum began explaining the rules and I started to watch avidly with her.

I specifically remember that torn feeling between playing outside in the sunshine or watching the tennis.  Of course nowadays I can do both my taking the iPad outside, although I am often questioned as to why we are not watching Peppa Pig.

I have seen so many great Wimbledon moments over the years.  As a child I watched Boris Becker make History in 1985 by becoming the youngest and first unseeded player to win the championship.

I watched in 1987 when Pat Cash made his victory climb to the players box, something that has now become a tradition with the championship winners.

I’ve seen Pete Sampras and Roger Federer win all of their seven titles.

In my teenage years I fancied Andre Agassi.  My Granddad and I watched him win the championship in 1992.  I’m not sure my Granddad was impressed with the long blonde hair, but for me it was the start of the long haired men adorning my bedroom walls phase. 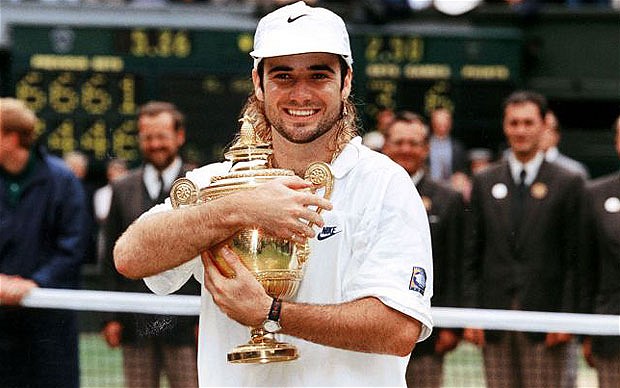 The great British public always seem to love an underdog and I was madly in love with Goran Ivanisevic.  I desperately wanted him to win the final, but had to watch him loose 3 times before he finally won it in 2001 as a wildcard.  I cried as much as him. 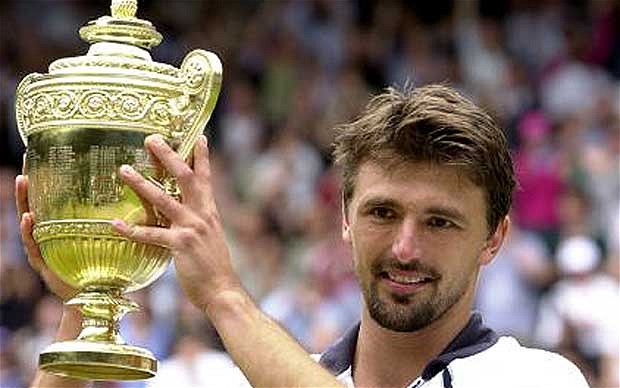 Random fact for you.  Goran Ivanisevic was a very superstitious player.  We wore the same socks throughout the tournament and didn’t shave until it had ended.  He even ate the same food, at the same table, in the same restaurant every night.  Why do I know this?  Isn’t it the job of a teenage girl to know everything about the object of their affections.

I watched Andy Murray win in 2013.  In fact this picture is of my eldest son, ready for bed, but having a late night because Mummy couldn’t tear herself away from the match that Murray was playing.  This is him copying Andy Murray on one of his breaks by wiping his face with a tea towel! 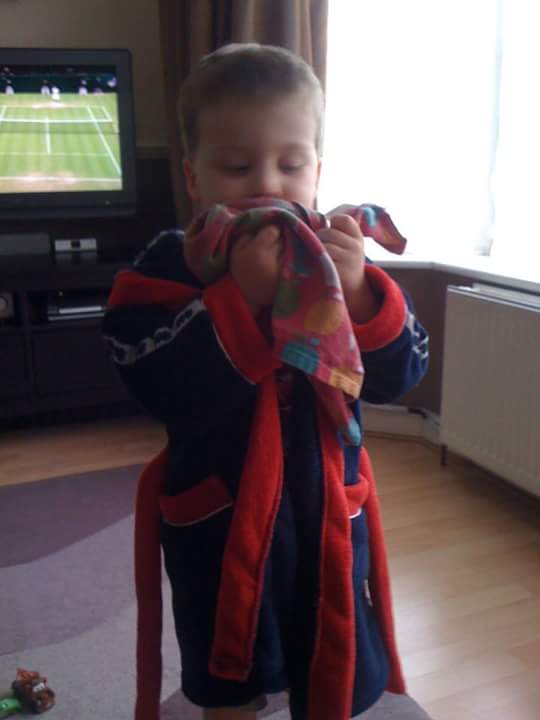 My eldest son is now showing an interest in Wimbledon and I wonder if his early memories will be of Andy Murray and Novak Djokovic.  By getting him involved in #GBTW with The Lawn Tennis Association, he could even be the next Andy Murray!

The Great British Tennis Weekend has everything from adult sessions, mini sessions for the small people, family sessions and much more. You can find out where your local club is at Club Spark and sign up for some free sessions for you and your family. 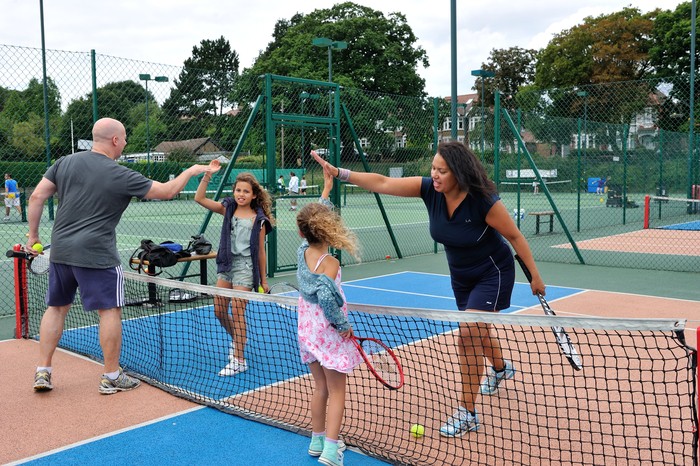 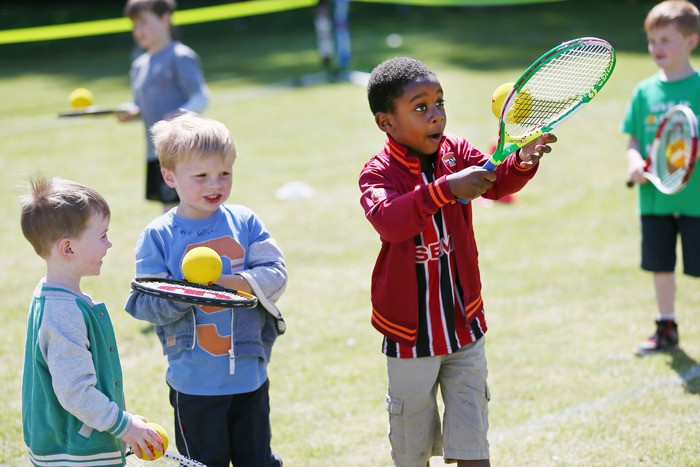 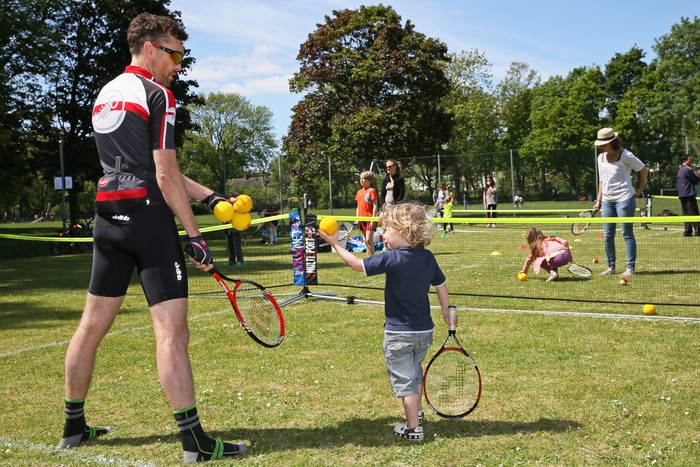 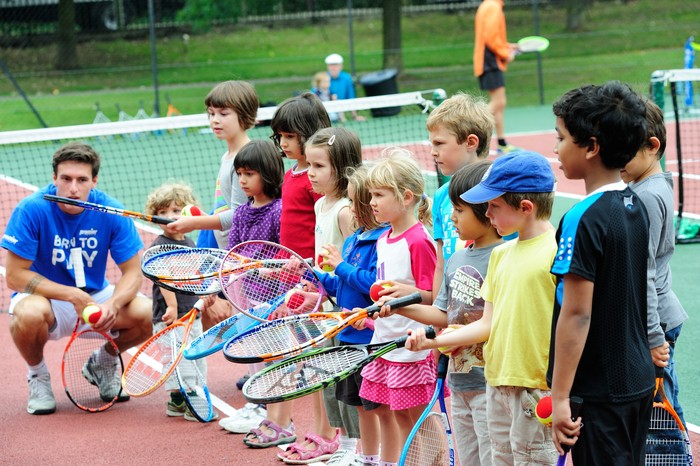 So go on, get your Wimbledon on!

I’m working with the Lawn Tennis Association on their #GBTW campaign. Sign up for your FREE tennis activity here. 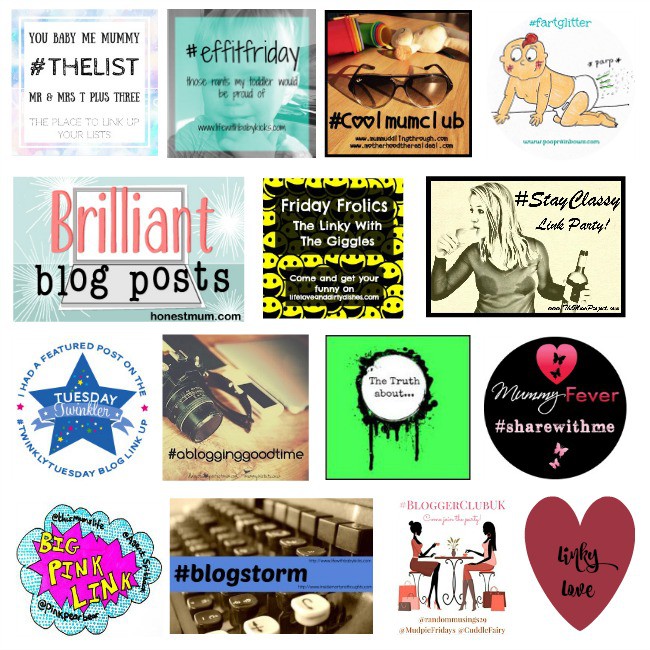