It’s that time of year again.  Children have been busy practising their songs.  Parents have been frantic trying to pull together camel costumes.  Teachers are preparing for organised chaos and (I imagine) doing a lot of holding their heads in their hands.  It’s nativity season.

Come performance day who knows what your little angel is going to do! Whether your child has the starring role or has been cast as a sand dancer (what’s a bloody sand dancer?) no nativity is complete without some improvisation from the cast.  These are the 9 types of children you see in the nativity… 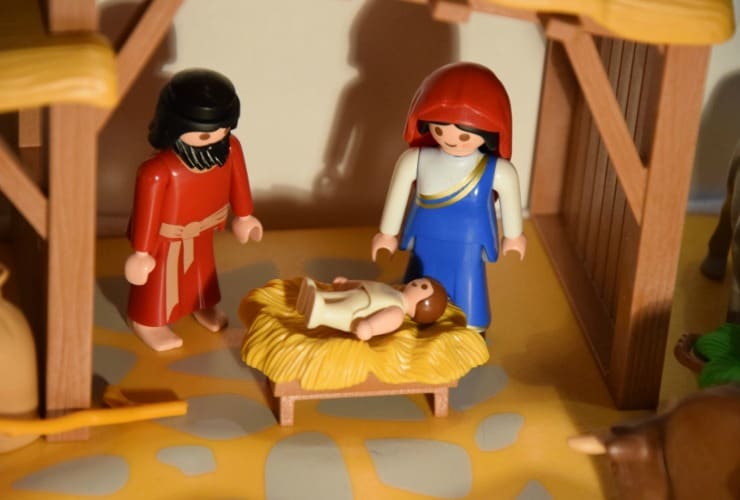 They may have been practising for weeks, and they may have been super excited about their performance, but when the day comes the pressure is too much for them.  They will spend the entirety of the performance sobbing.  It could be an Oscar worthy performance in itself, with full on shoulder shaking, lip quivering and wailing.  If you are the parent of The Cryer be prepared for lots of sympathetic looks, whispers of ‘ahh bless’, and a stabbing guilt feeling that only a child can inflict on their parents.

A captivated audience is the perfect opportunity for any child to become an exhibitionist.  For some Flashers it might be a flash of the belly.  For others it maybe a lift of the skirt.  But at worst it’s every parent’s nightmare, it’s the full on, no holes barred, naked bottom flash.  If you’re the parent of that kid, the best course of action is to pretend you’re not the parent of that kid.

You know the one.  They shout every line.  To every song.  As loud as they possibly can.  The whole school can hear them.  The audiences initial amusement quickly turns to disapproval.  Oh the shame of being the parent of The Shouter!  The ground is probably not going to open up and swallow you, despite your desperate pleas.  The only grown-up thing to do is hide.

It’s like they are mining for gold up there or something.  The audience can’t help but stare.  The tension mounts as they find their treasure and you watch with bated breath to see what their next move is.  Will they wipe it on their clothes?  What if they wipe it on someone else’s clothes?  Will they be feeling peckish?  You will spot the parents of The Nose Picker doing frantic “get your finger out of your nose” mimes and turning a festive shade of red.  The Nose Picker is oblivious to their parents and anything else other than what they are ferreting around for in their nostrils.

This kid may well have ants in their pants because they cannot sit still for toffee.  Whilst all the other kids are sitting beautifully, The Fidgeter will be doing anything but.  There will be exaggerated arm stretch yawns, yanking at costumes, shaking of head wildly for no apparent reason, and shuffling side to side in moves not dissimilar to the wee wee dance.  If The Fidgeter belongs to you, be prepared to use the phrase “I don’t know where they get their energy from”.  A lot.

This kids enthusiasm for seeing Mummy and Daddy knows no bounds.  As soon as they spot their beloved parents they start waving and mouthing “hi Mummy, hi Daddy”.  It’s cute and The Waver’s parents give a little wave back. But then the performance starts and the waving continues.  And The Waver’s parents have to keep waving back.  If they don’t The Waver becomes more frantic, the waves get bigger, the “hi” gets louder.  If their waves are not acknowledged they begin shouting “MUMMY, I’M HERE” and jumping up and down.  The parent’s of The Waver have no place to hide.

This one can be spotted mainly by their costume.  The Star’s parents have been working on this for months and spared no expense.  This is no cobbled together from the contents of the airing cupboard and poundland job.  The Star delivers their lines perfectly.  Mummy and Daddy can be spotted in the audience mouthing the lines too and positively glowing with pride.  They are going straight home to Google the fees for the Sylvia Young Performing Arts school.  Don’t hate these slightly smug parents. Give them their moment of glory.  Next year The Star  will probably have other ideas!

Normally spotted making a flying entrance onto the stage and maybe shooting some webs out into the audience.  If The Supehero is really committed they will refuse to wear anything but their superhero costume.  There’s room for Batman in the nativity, right?  Dad can be easily spotted in the audience.  He’s the one wearing a Batman T-shirt.

Not to dissimilar to the nose picker, just slightly more sociably acceptable.  It’s hard to watch the main action when you are being distracted by the little darling who is poking their tongue out and preparing to be the gurning champion.  Parents of The Face Puller have a fixed grin and can be seen to be occasionally mouthing “stop it”.

Was your child one of these children you see in the nativity?

For my little star, who walked off stage after his first Nativity performance shooting webs into the audience ala Spiderman!  And in his second stomped of stage in a huff after looking for me in the audience, shrugging his shoulders and saying “That’s it!  That’s all I get to do!”

Check out this shouter, and yes that is a real baby Jesus!

Merry Christmas. Make me feel all festive by sharing this post 🙂

Children you see in the nativity was featured on Mumsnet and Huffpost. 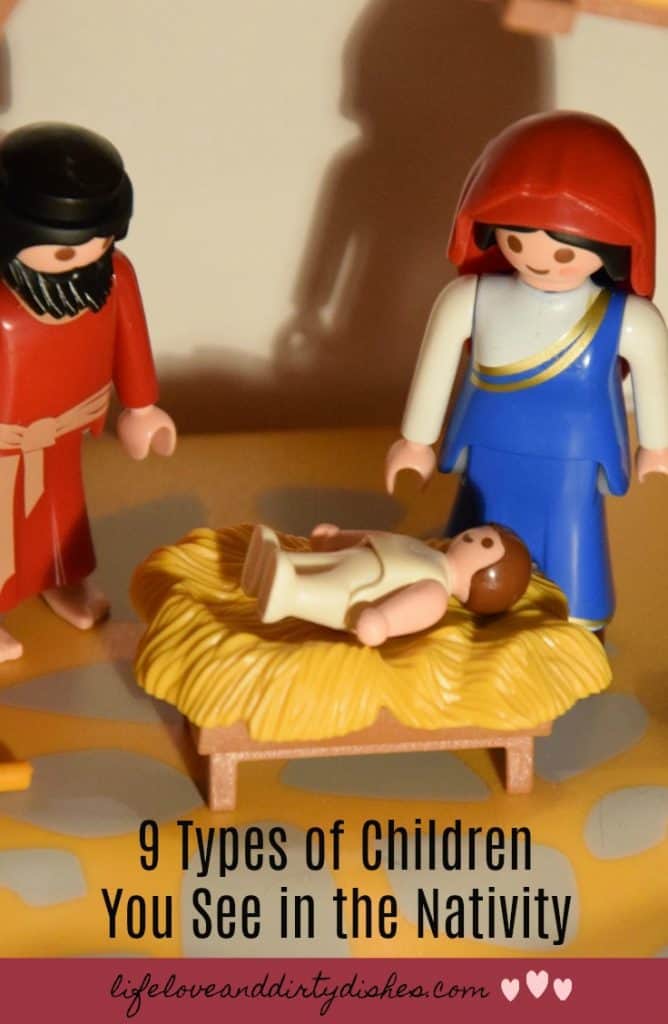