H has three furry friends that go by the name of Alvin, Simon and Theodore (I’m sure you know them).  I brought them for him last Christmas because he loved the chipmunk movie and the songs that went with it.  To be honest it was just a little present that I thought would be forgotten about after 5 minutes.  That wasn’t the case.  Those three little toys have become a permanent fixture in H’s childhood.  They are his ‘boys’ and they are as real to him as Father Christmas is.  My husband and I have had hours of amusement listening to him talking to them about his day, telling them off, putting them to bed.  Alvin has gotten the blame (by H of course) for many a mishap in our house.  We get so much joy from watching him play with those toys and seeing his imagination in action.  He even tells them to ‘Go Soft’ when I walk into the room because I am not allowed to see them when they are ‘alive’!  It is exactly this kind of imaginative play why we have restricted his use of technology. 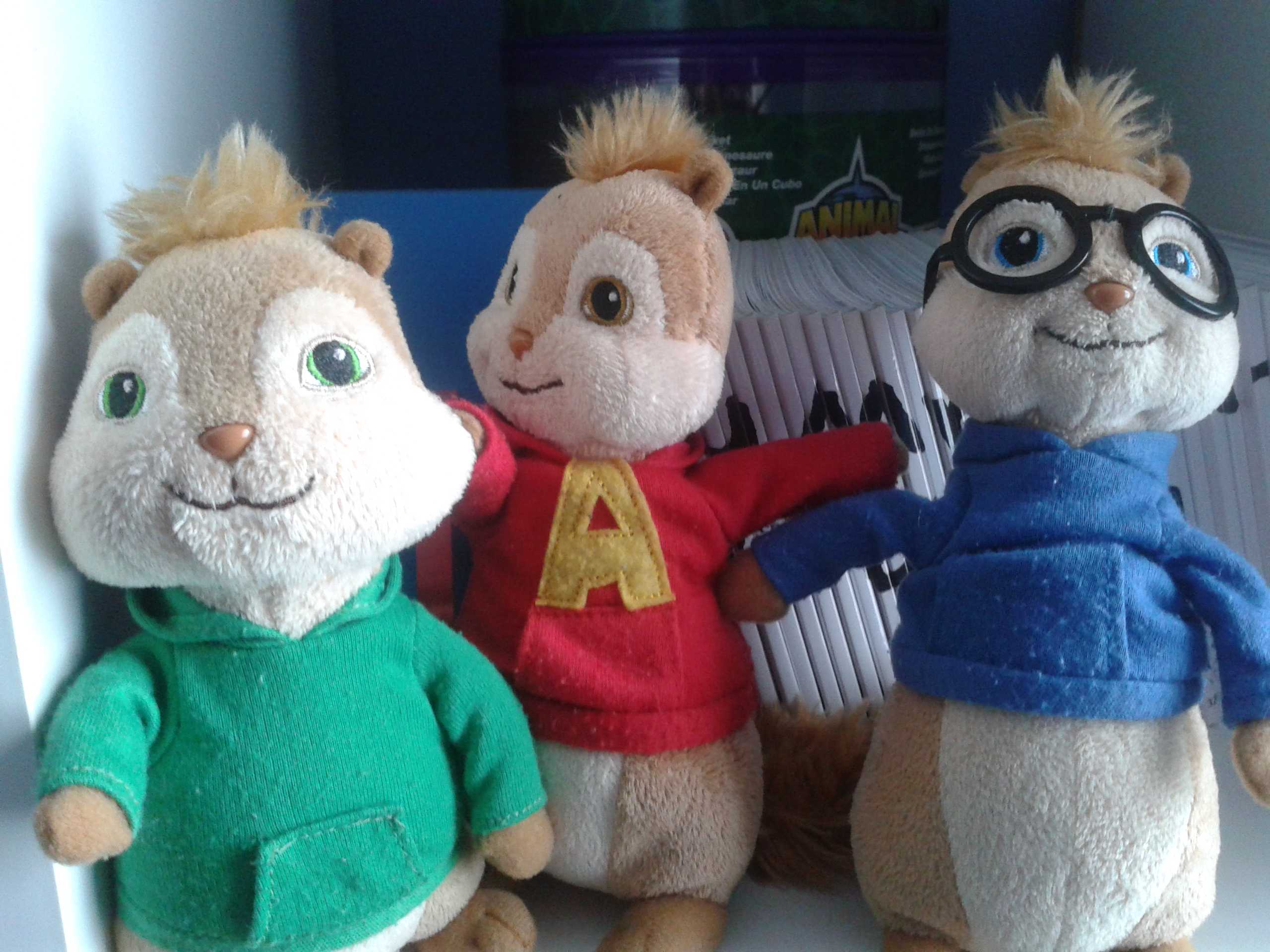 They look so innocent!

My husband is a gadget geek.  He has an iPad, an iPhone, Apple TV and a remote control helicopter (every man needs one, right?).  He has always been a gadget geek.  Back when we lived in sin in our cosy (aka minuscule) flat he had this all singing, all dancing, remote control that worked every gadget in the house.  I never knew how to work the thing.   It ate batteries like it was taking on an all you can eat challenge, and it constantly emitted a buzzing noise that had me searching for a fly for a month before I realised it was the remote.  I wasn’t a fan!

Nowadays our money is spent on toys of a different kind.  I think we could have actually bought 3 iPad’s with what we have spent on Disney Cars over the last few years.  The PlayStation and Wii were once nestled in the TV cabinet alongside the DVD player, but I can honestly say I don’t even know where they are now.  I know the last time it got used was on my 30th birthday for a rap battle to Ice Ice Baby on Sing Star! 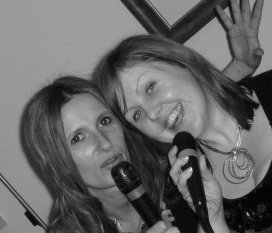 Technology is so much more fun with alcohol!

Right now our lives are about building Lego, playing with cars and pretending to be superheros.  I’m not anti-technology but at 5 years old I do not let H play on our phones or the iPad.  He doesn’t have a Leap Pad or Leap Reader.  He is happy to learn the old-fashioned way and doing brilliantly.  He watches TV and we have ‘Movie Day’ on a Friday.  He uses the computer at the library and uses technology at school.  I think that’s enough for his age.

Perhaps as a parent our standpoint comes from our own childhood.  My memories of my bedroom are always listening to music.  Normally with a hairbrush in my hand and dreaming about being on Top of the Pops.  H has a CD player in his room and he loves listening to his CD’s.  Yes I know it’s very retro but iPod’s are a lot more expensive than his little CD player!  Sadly he will never know the joy that was Top of the Pops.  I wasn’t allowed a TV in my room until I went to secondary school and I plan the same for my boys.

I know more will come and quite frankly it scares me.  The things he could see on the internet, playing games that are not age appropriate, cyber bullying, more credit needed for his phone.  There are so many things we will have to control as parents, and no doubt many battles will be fought.  I can’t ask my parents how they handled it because they didn’t have to.  I know I will have to bend on some things, and I know there are others I will not be flexible over, and I know I have a steep learning curve to come.

The longer I can put off those battles the better.  I’m not saying there is a right way or a wrong way.  It’s just that this is my way.  I am happy right now to drink the pretend smoothies he has made me, watch the stunts he makes his cars do, and listen to him tell me about Alvin’s latest adventure.

Maybe I’m more afraid of teenagers than I am technology! 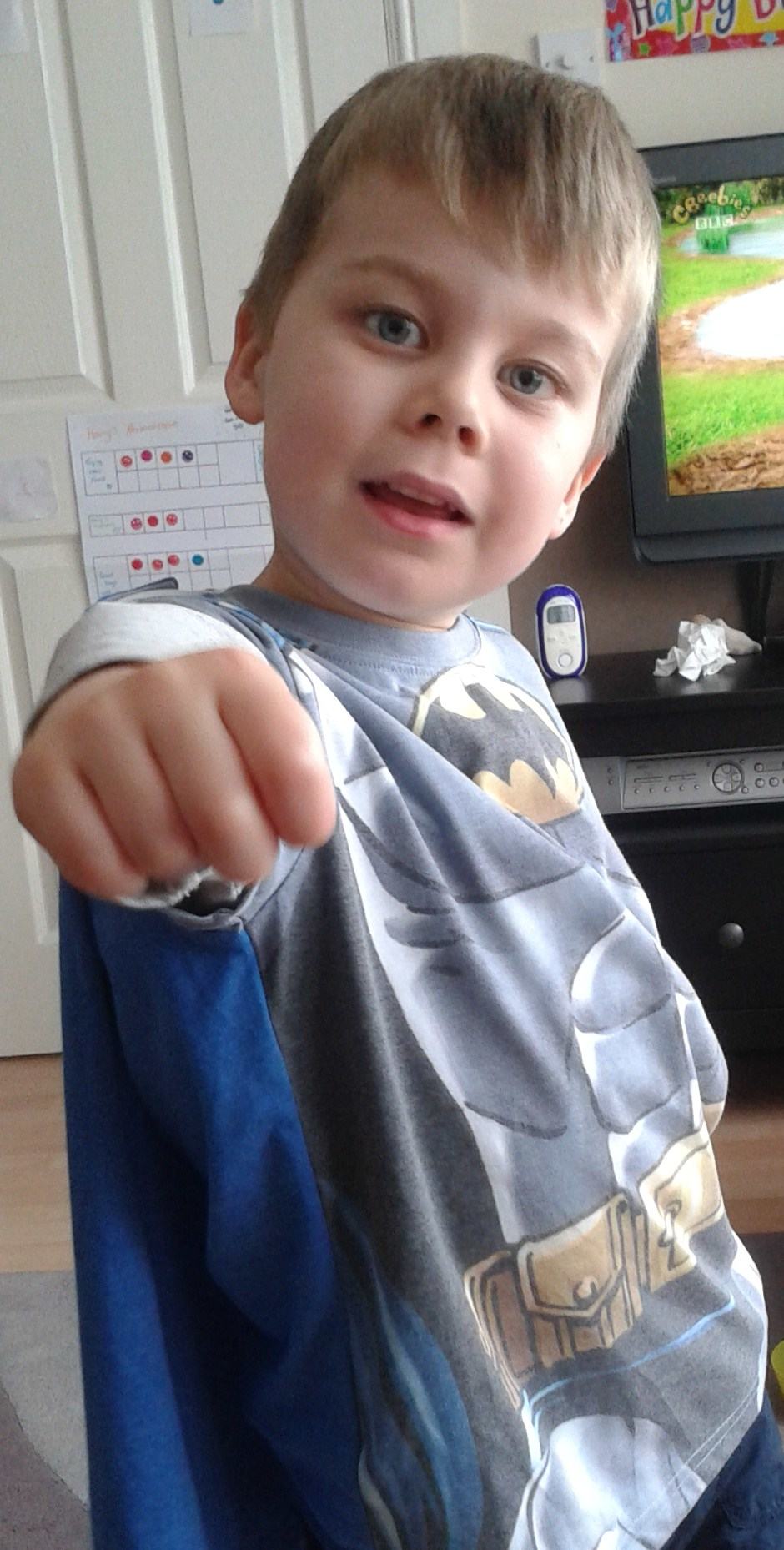 7 Comments on Toys vs Tech

Keep swiping to see the picture that inspired me t

1997. The year the world was introduced to the tel

OPINION WANTED At the rate of my insta growth I'm

I've wanted one of these trolley things from IKEA

Sometimes I see a picture of myself and it shocks

When your big brother eats the last ice cream #hea