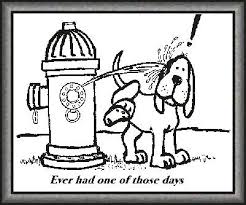 An old friend of mine is thinking about going for baby number two.  After a bad day she posted on Facebook how she wasn’t sure she could cope with two.  She was bombarded with comments from people saying the second is much easier, she should go for it, she has nothing to worry about.  I couldn’t help but think when someone is doubting their abilities as a mum, telling them it is easy isn’t very helpful.  I sent her a personal message to say that having two is hard work.  there is always someones needs to meet and they are seldom yours.  Time is a precious commodity that you never have enough of.  I constantly wonder if  I am doing the right thing as a parent and sometimes I get it wrong.  But the fact that I am worrying and challenging myself means that I am trying my best.  And that’s what counts.  Some days I’m a great mum.  Other days not so much.  But I always try to be great, and I quite often have a little cry after the days that I am not so much.  But I wouldn’t change a single thing.  Baby O has completed our family and it was the best decision we ever made.

My friend sent me some flowers after receiving my message because I reassured her that she wasn’t the only one that has days where she struggles.  I was honest.  I hadn’t realised my little message would help her so much, I am happy it did.  But it got me thinking that maybe we should all be more honest as mums.


I never realised when I was pregnant for the first time that the ‘motherhood club’ I was joining would be so competitive and judgmental.   It starts before you’ve had a chance to catch your breath from pushing out a tiny person.  Breast vs bottle.  It’s like these two exclusive clubs and you can only be a member of one, and the two are mortal enemies.  Think Capulets and Montagues, Oasis and Blur, Coke or Pepsi!

Here’s my first confession, I didn’t enjoy breastfeeding.  It didn’t feel like the most ‘natural’ thing in the world.  It felt awkward and difficult.  I persevered for 5 weeks with both my sons and then we switched to the bottle and life in our house became much happier.  I don’t think breast is best and I don’t think bottle is best.  What’s best is whatever suits you.

There are other absurd clubs that require exclusive membership, Stay at home mum vs the working mum, dummy vs thumb.  Don’t join those clubs.  And for the record I always liked Oasis and Blur.

As you emerge from the newborn fog and begin to make your way in the world as a ‘new mum’ you meet lots of other mums along the way.  Some of whom will become your closest friends and confidants.  Others you will learn to recognise and avoid from a polite distance.

There’s Perfect Mum who always looks like she has stepped out of a salon, and her precious off spring have never thrown a tantrum, which she will helpfully tell you as she looks with disdain at your child led kicking and screaming on the floor because you wouldn’t let him eat the fluff covered gummy bear that he found on the floor.  Perfect Mum will always make you feel inadequate.

Then there’s Competitive Mum, Her little Daisy will do everything weeks before your precious bundle and will of course be sleeping through from day one.  She will talk constantly about her little ones latest achievements and is a walking encyclopedia on which pushchair to buy.

But perhaps the worse kind of mum is the Know-it-all Mum, the one who offers advise when you don’t need it, and actually their advice can make you feel ten times worse about a situation.  They are incredibly hard to avoid, and they can sense when you are at your most vulnerable.  I’ve known a few of them and their advice / opinion has ranged from absurd to terrifying.

One of the most absurd was when H was about six months old grizzling because he was tired.  Know-it-all Mum said “he’s jealous of my little boy because he has a dummy.” What the!!! The most terrifying was when H was 11 months and had developed a fascination for drawers.  He loved to open and close them.  As a sane mum I know he was exploring his environment and learning.  However one Know-it-all Mum told me it could be because he has autism.  Cue sane mum browsing the internet for signs of autism and worrying herself unnecessarily.

Which kind of brings me to my point.  We are all in the same club.  We are all learning as we go.  And although we are not allowed to admit it sometimes we have bad days, sometimes we really need some time out and to pee on our own.  And on those bad days we all need a friend who says, hey I’ve been there.  You are normal.  More empathy and less advice.  Those people who say it get’s easier are liars.  It just changes there is always a new challenge or worry with every stage of childhood.  I think we become more confident as mothers with time and experience, but maybe we should be less hard on ourselves and each other.  At the risk of sounding very hippy like ‘where is the love people’?

“Having a bad day doesn’t make you a bad mum”

14 Comments on The dog eat dog world of motherhood